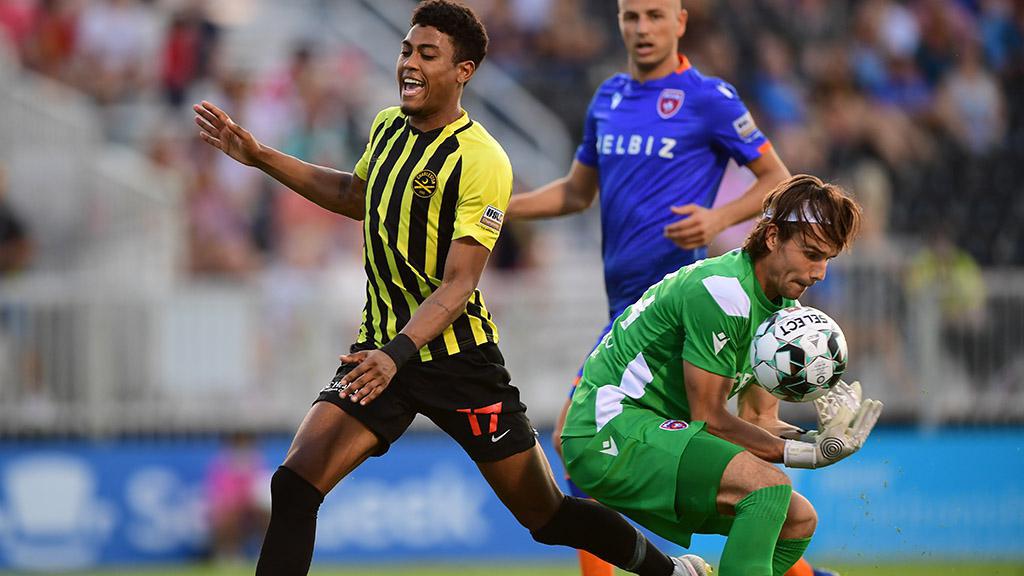 CHARLESTON, S.C. – The Charleston Battery and Miami FC will meet at Patriots Point on Saturday night as the Battery close the campaign against a Miami side looking for a boost as it prepares to enter the 2021 USL Championship Playoffs next weekend. Kickoff is scheduled for 7 p.m. ET.

The @Chas_Battery (10-4-7, 37pts) return home after suffering a 2-0 defeat to Hartford Athletic at Dillon Stadium on Tuesday night, moving the side into sixth place in the Atlantic Division standings. The Battery will miss the playoffs for the first time in the Championship’s history this season, but have still seen some standout individual displays, including that of playmaker Zeiko Lewis, who sits two off the league-lead with 10 assists this season. Claudio Repetto and Nicque Daley have also impressed in the attacking third with nine and eight goals respectively, but the key reason for the Battery’s difficulties has been its defense, which sits tied for sixth in the Championship with 56 goals conceded and only five shutouts. Charleston has been solid on its home turf this campaign, though, and will be hoping to end the campaign on a positive note.

@TheMiamiFC (15-10-6, 51pts) also fell in midweek as on Wednesday night it was unable to rally from a one-goal deficit against Pittsburgh Riverhounds SC at FIU Stadium in the completion of the game between the clubs on October 16. The result locked Miami into the No. 4 seed in the Atlantic Division with the Hounds now six points ahead in third position, which will see Miami head to face either Birmingham Legion FC or Louisville City FC next weekend in the Eastern Conference Quarterfinals. The side had taken a 2-0 victory last Sunday night against the New York Red Bulls II as leading scorer Christiano Francois notched his 11th goal of the season, and the Haiti international and his teammates will be looking for a confidence boost ahead of their first trip to the postseason in the Championship.