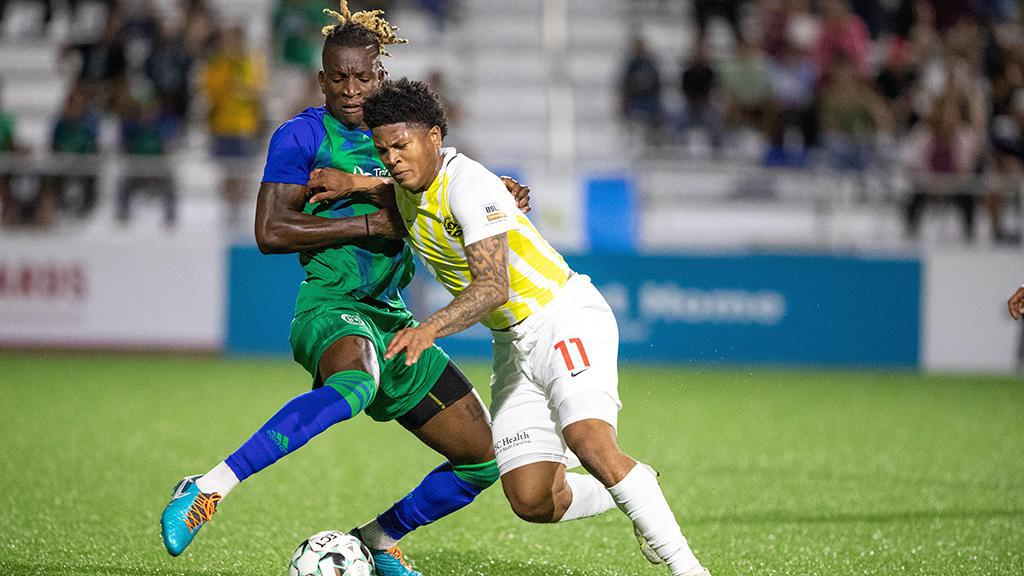 HARTFORD, Conn. – Hartford Athletic will play host to the Charleston Battery on Tuesday night at Dillon Stadium as each side stakes a claim for a fifth-place finish in the Atlantic Division while looking to rebound from narrow defeats over the past weekend with two of the league’s assist leaders leading their respective sides. Kickoff is scheduled for 7 p.m. ET.

@HFDAthletic (11-15-4, 37pts) fell 2-1 to the Charlotte Independence on Friday night at Dillon Stadium as the hosts took a halftime lead on an own goal but were unable to hold on in front of a capacity crowd of 5,500 fans as the Independence rallied to take victory. The Athletic have been led this season by playmaker Danny Barrera, who is tied for the league-lead with 11 assists this season alongside Phoenix Rising FC’s Aodhan Quinn, while Honduran forward Juan Carlos Obregon Jr. has recorded 10 goals to lead the team. Goalkeeper Jeff Caldwell is one of two goalkeepers to have passed 100 saves this season, too, with a save percentage of 70.9 percent and five penalty kick saves, which has set a new single-season Championship record. The Athletic can square the regular season series with the Battery on Tuesday, with the hosts having taken a 2-1 win on August 17 in the prior meeting in Connecticut this season.

The @Chas_Battery (10-13-7, 37pts) also suffered a 2-1 defeat on Saturday night against Pittsburgh Riverhounds SC at Highmark Stadium to begin their trip north as Nicque Daley scored in the second half to equalize only for the Hounds to regain the lead with just over 10 minutes to go. Bermuda international Zeiko Lewis recorded the assist on Daley’s eighth goal of the campaign to move to 10 helpers this season, a individual single-season high and one off the league lead shared by Barrera and Quinn. The Battery claimed victory in a 4-3 thriller when the teams last met on October 10 at Patriots Points when Daley scored twice and Panamanian Romario Piggott had two assists before the Battery had to withstand a late fightback from the visitors, and with both teams eliminated from postseason contention it could lead to an open and entertaining contest for the Athletic’s home finale.