SACRAMENTO, Calif. — Sacramento Republic FC forward Cameron Iwasa announced he will retire from professional soccer at the conclusion of the 2021 USL Championship Season. A native of Sacramento and graduate of Jesuit High School, Cam spent six seasons with Republic FC, and one year with MLS side Sporting Kansas City and its USL affiliate. This Saturday, Cam will wear the Republic FC crest one more time as his hometown club takes on San Diego Loyal SC at Heart Health Park.

“It has truly been a dream to be able to play for the club in my hometown. I couldn’t have asked for a better experience in my six seasons with the team. It’s been a blessing to be able to have my career unfold with my closest family and friends having a front row seat for it all,” said Iwasa. “I want to thank all of my teammates, coaches, the front office staff and, of course, the fans. Having the support of all of these different people during my time here has meant the world to me and being able to connect more deeply with this community has been amazing.

“I look forward to continuing to support the team and can’t wait to see where the club goes from here. Sacramento always has been and always will be my home.” 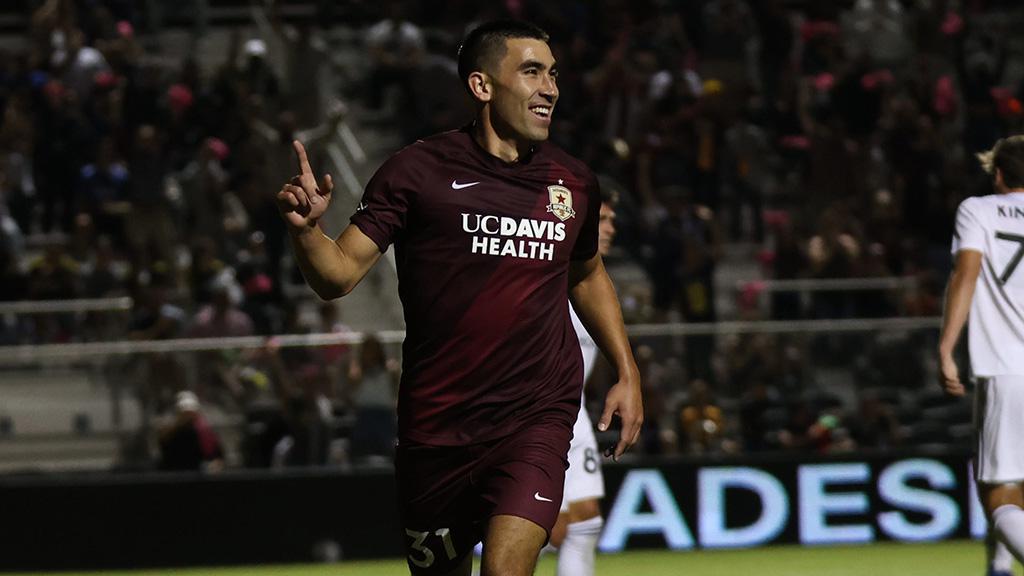 Iwasa joined Republic FC for his professional debut in 2015 after being drafted 65th overall by Montreal Impact in the MLS SuperDraft, following four years at UC Irvine. In his first two seasons with Republic FC, Cam tallied 13 goals and four assists, in 50 appearances across all competitions.  Ahead of the 2017 season, he signed with Major League Soccer's Sporting Kansas City, and was later loaned out to the USL Championship's Swope Park Rangers. In 2018, he returned to the Indomitable Club, and over the next four seasons recorded 44 goals and 16 assists, in 121 appearances across all competitions. In the first two seasons of his return, Iwasa netted double-digit goals (17 in 2018 and 2019), jumpstarting his climb up the league’s record book.

Through six seasons in Sacramento, he has become the club’s all-time appearances (172) and minutes leader (12,510). He has sparked the offense with 57 league play goals and 19 assists for Republic FC. In 2016, he scored the club’s fastest goal, finding the net 38 seconds into the match. In 2019, he recorded the fastest hat trick in club history, with three goals in 27 minutes. Through his career, he has netted 17 game-winning scores – leading Republic FC, and sitting 10th all-time in USL history.

Not only did Iwasa make waves in Sacramento, but his accomplished play earned him a spot in USL Championship history. On August 15, 2020, he became part an elite group of USL players as the 11th player in league history to score 50 goals. He currently sits eighth in all-time league scoring with 59 career goals. Iwasa’s 57 goals with Republic FC are tied for second-most in USL Championship across regular season and playoff matches with one club. His career has earned him two selections to the USL All-League Second Team (2016 and 2018), 12 USL Championship Team of the Week honors, and three Player of the Month awards. His spectacular finishes have captivated fans and players alike, earning 8 Goal of the Week nominations, with two wins, and a finalist spot for the 2016 Goal of the Year.

“Cam has had a tremendous career and has made an indelible mark on this city and this club,” said Republic FC President and General Manager Todd Dunivant. “His contributions on and off the field have elevated our club, created many of our most celebrated moments, and he will always be synonymous with the Republic.”

Off the pitch, Iwasa has been a constant presence in Republic FC’s community initiatives. Throughout the years, he made regular visits to UC Davis Medical Center to spend time with pediatric patients in treatment. Cam joined the monthly matches at Folsom State Prison, coaching inmates, and front office staff. After helping present a custom wheelchair for a power soccer athlete, he has become intertwined with the Sac Valley Flames power soccer team.

Republic FC will celebrate Cam’s accomplished career and commitment to Sacramento throughout the week, leading up to the final home game of the 2021 season – Fan Appreciation Night – on Saturday, October 30. Using the hashtag #ThankYouCam on the team’s social channels, fans can submit their favorite stories, memories, photos and videos of Cam. On Saturday, every fan in attendance will receive a commemorative cheer card. Throughout the pre-game, fans will have opportunity to win Iwasa and Republic FC prizes, leading up to a ceremony prior to kickoff.