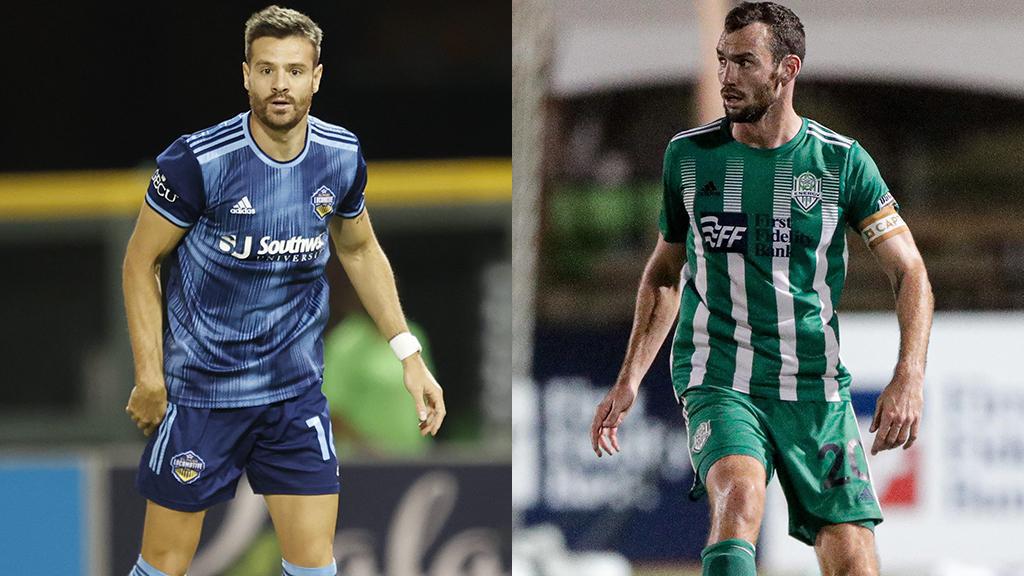 El Paso Locomotive FC forward Luis Solignac is on 10 games this season as he prepares to face OKC Energy FC and center back Conor Donovan on Sunday night at Southwest University Park.

EL PASO, Texas – El Paso Locomotive FC squares off with OKC Energy FC on Sunday night at Southwest University Park looking to build on a big midweek outing that continued the club’s home undefeated streak against an Energy FC side that could have been eliminated from playoff contention on Saturday night ahead of its penultimate game of the season. Kickoff is scheduled for 8 p.m. ET.

@EPLocomotiveFC (17-3-10, 61pts) took a 3-0 victory against Austin Bold FC on Wednesday night as both Josue Aaron Gomez and Luis Solignac had a goal and assist at Southwest University Park. Solignac’s goal was his 10th of the campaign for the side, while 18-year-old standout Diego Luna capped the performance with his ninth goal of the season late on in the game. El Paso has clinched the Mountain Division title, but still holds an outside chance of claiming the best record in the Western Conference overall should Phoenix Rising FC fail to take victory against Sacramento Republic FC. The side’s primary focus on Sunday night, though, will be to extend a home undefeated streak that current stands at 25 games across the regular season and playoffs, currently the longest in North American leagues dating back to July 2020.

@EnergyFC (8-9-13, 37pts) will know whether it still has a chance to reach the 2021 USL Championship Playoffs by the end of Saturday with in-state rival FC Tulsa needing just a point to clinch the fourth and final playoff berth in the Central Division when it visits Indy Eleven on Saturday night. Should Tulsa lose, it would leave the door open for OKC to go to the final day of the season with a chance should it take victory against Locomotive FC, but wins have been hard to come by for Energy FC in recent weeks with the side having gone winless in its last four games since a 2-0 victory against Indy on September 26. OKC played to a 0-0 draw with Birmingham Legion FC in its most recent outing last Sunday night and has scored just once in its last three games overall, but the side could have positive memories of its lone prior trip to face Locomotive FC when it was the first visitor to Southwest University Park on March 9, 2019 and took a 3-1 win after Deshorn Brown scored twice, including in the opening minute of the game.