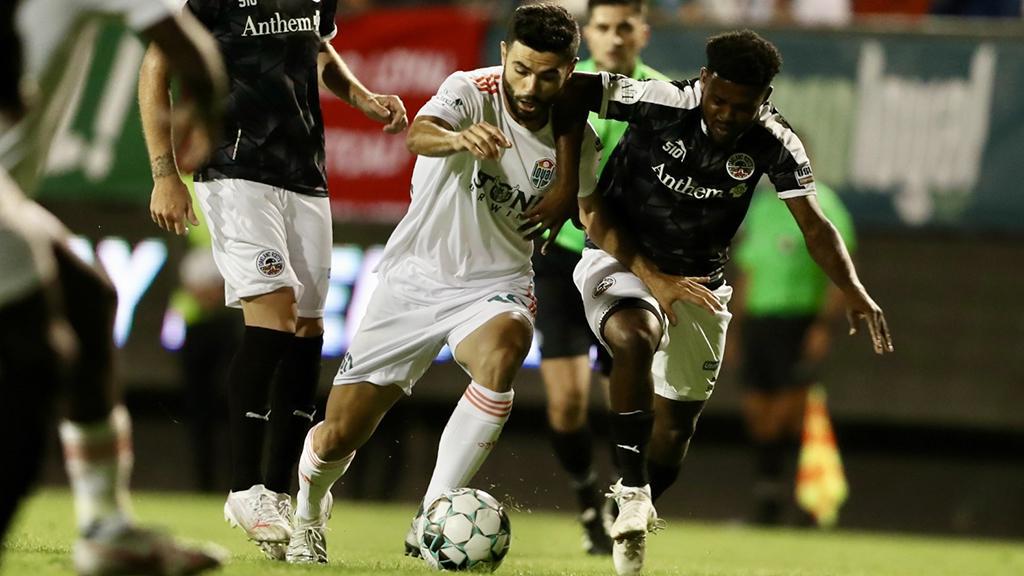 SAN DIEGO – San Diego Loyal SC squares off with Oakland Roots SC on Sunday afternoon at Torero Stadium in a game the visitors must win to maintain their chances of reaching the 2021 USL Championship Playoffs against an SD Loyal side that is looking to rebound from a midweek loss and hold onto second place in the Pacific Division standings. Kickoff is scheduled for 6 p.m. ET.

@SanDiegoLoyal (14-11-5, 47pts) saw a four-game undefeated streak come to an end on Wednesday night as it suffered a 1-0 defeat against Orange County SC at Championship Soccer Stadium. The result moved Orange County within a point of second-placed SD Loyal with two games remaining for both sides in the regular season ahead of this weekend’s action. The game marked the first time San Diego was held without a goal in six games overall as the visitors outshot their hosts 11-7 but were unable to find a way past OCSC goalkeeper Patrick Rakovsky as he posted a four-save shutout. San Diego could clinch second place on Sunday afternoon should Orange County lose to Las Vegas Lights FC on Saturday night but will be focused on earning all three points regardless as they try to extend a four-game undefeated streak at Torero Stadium (3-0-1) that helped the side claim its first trip to the postseason. The hosts could also look to start local standout Austin Guerrero in goal for its final two games of the season, with Guerrero needing to play the remaining 180 minutes of the season to reach the 50-percent of overall minutes plateau to be eligible for the Championship’s Golden Glove award, with the 32-year-old currently sporting a 0.93 goals-against average this season.

@OaklandRootsSC (9-13-8, 35pts) played to a 0-0 draw against Tacoma Defiance on Wednesday night that left it in a must-win situation as it heads to San Diego with a four-point gap to make up on the fourth-placed LA Galaxy II in the standings. Oakland would be eliminated from contention with a draw regardless of the result of Sunday’s Tacoma Defiance-Galaxy II game as the Galaxy II hold the head-to-head tiebreaker over Roots SC, meaning should a three-point margin remain between the sides, Oakland would be unable to pass Los Dos with a win in its final game of the season. The visitors have been held scoreless in three consecutive games after their draw in Tacoma and will need someone such as forwards Quincy Amarikwa and Lindo Mfeka or midfielders Wal Fall and Ariel Mbumba – who have scored four goals apiece this season – to step up and provide the attacking impetus the side must have to stay alive.