San Antonio looks to rebound, hold onto second place against Bold FC side in need of victory on road 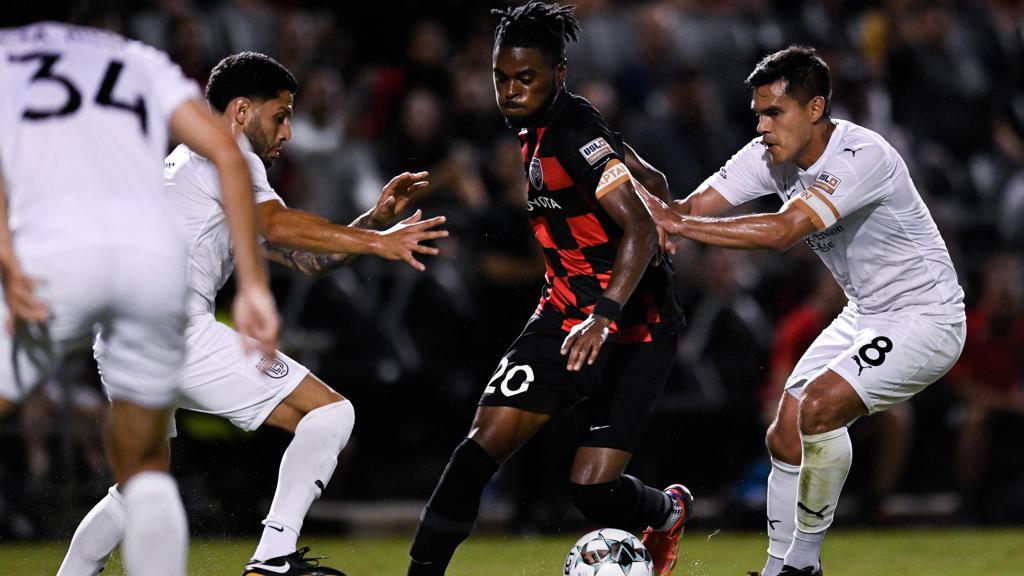 San Antonio FC and Austin Bold FC will meet for the final time this regular season on Saturday night at Toyota Field with both sides in need of victory to boost their respective positions in the Mountain Division. | Photo courtesy Darren Abate / San Anton

@SanAntonioFC (13-8-9, 48pts) fell 4-2 on Wednesday night to New Mexico United at Isotopes Park as first-half goals by Nathan Fogaca and Joaquin Varela gave the visitors a halftime lead it was unable to retain after Ollie Wright’s red card just before the hour mark was followed by three unanswered goals by the hosts. Wright was sent off for his second yellow card of the game and was one of eight SAFC players cautioned on the night overall. Wright will serve a one-game suspension on Saturday as the side looks to rebound back on home turf, where San Antonio has taken four points from its last two outings. The side is now level on 48 points with Colorado Springs Switchbacks FC with two games remaining for both clubs and San Antonio FC holding the head-to-head tiebreaker after taking two wins and one draw from their first three meetings of the season. Should Colorado Springs lose on Friday night to Real Monarchs SLC, a win for SAFC on Saturday would clinch second place and a home playoff game to start the postseason, but SAFC hasn’t fared as well against Austin so far this campaign and will try to even the series between the clubs with Austin having taken two wins from three so far in 2021.

@AustinBoldFC (10-10-10, 40pts) could use a third victory against its regional rival on Saturday, but even then it wouldn’t be assured of staying alive in the postseason race after suffering a 3-0 defeat to El Paso Locomotive FC in its last outing on Wednesday night. Austin is now three points behind New Mexico United with two games to go in the campaign, but should New Mexico take victory on the road against Rio Grande Valley FC on Saturday night it would put itself clear of both the Toros and Bold FC no matter Austin’s result as it would retain at least a three-point advantage on Head Coach Ryan Thompson’s squad while holding the head-to-head tiebreaker with a game remaining for both teams. That makes victory essential for Austin and should provide a rousing final meeting between the two rivals clubs as they each stake a claim for position.