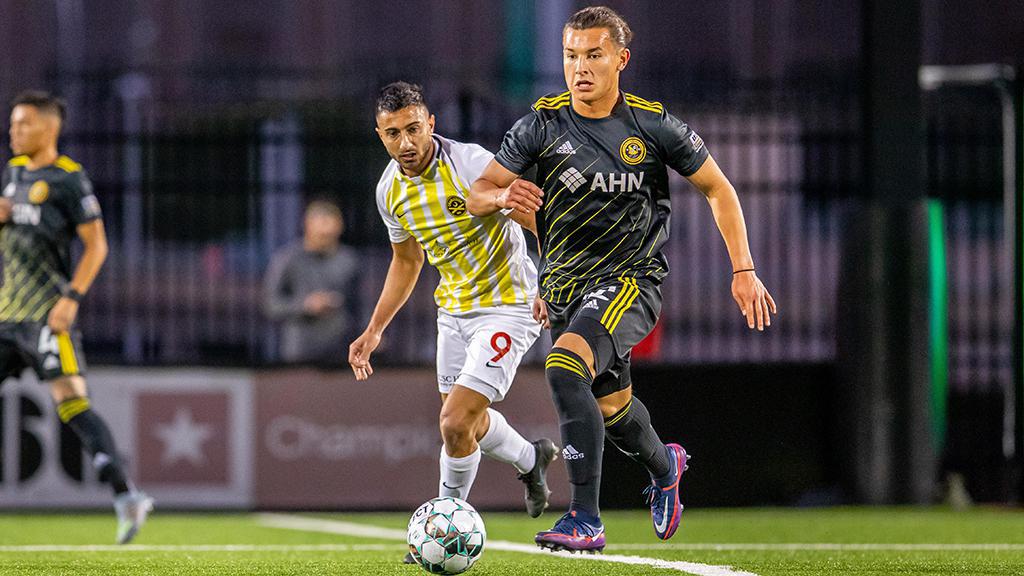 PITTSBURGH – Pittsburgh Riverhounds SC will play host to the Charleston Battery at Highmark Stadium on Saturday night in the final meeting this season between the longtime rivals as the Hounds continue their pursuit of a top-two finish against a Charleston side that picked up a good midweek victory last time out. Kickoff is scheduled for 7 p.m. ET.

@RiverhoundsSC (15-8-7, 52pts) played to a 0-0 draw last Saturday night against Miami FC, but on Friday it was announced by the USL Championship that due to a refereeing error that had denied the Hounds a goal at FIU Stadium, the game would be replayed from the 67th minute with Pittsburgh holding a 1-0 lead on Wednesday, October 27. Following the original completion of the contest, Pittsburgh had recorded back-to-back shutouts in its past two games to send goalkeeper Danny Vitiello to eight for the season individually, tied for fourth in the Championship, while forward Russell Cicerone has notched 15 goals and Alex Dixon has a chance to complete a double-double season for the first time in his career with nine goals and eight assists this campaign. The Hounds played to a dramatic 3-3 draw when they last hosted the Battery on September 25 as Dixon scored a late equalizer after first-half goals from Todd Wharton and Shane Wiedt had originally given Pittsburgh a two-goal lead that the Battery overturned in one of the more exciting games of the campaign.

The @Chas_Battery (10-12-7, 37pts) were officially eliminated from playoff contention last weekend but on Wednesday night took a 3-1 win against the LA Galaxy II to move back into fifth place in the Atlantic Division standings as it tried to end the season on a positive note. The Battery took an early lead through Geobel Perez and then regained the lead after Los Dos had leveled through Romario Piggott before a key moment saw Logan Gdula make a pair of goal line clearances to deny the Galaxy II a second goal before Zeiko Lewis put the game away late on. Lewis has had another good season for Charleston with five goals and nine assists on the campaign, while Claudio Repetto leads the side with nine goals. While the postseason is out of reach for this year, Charleston will be hoping to land a final blow on the Hounds in a series they have held the upper hand in historically.