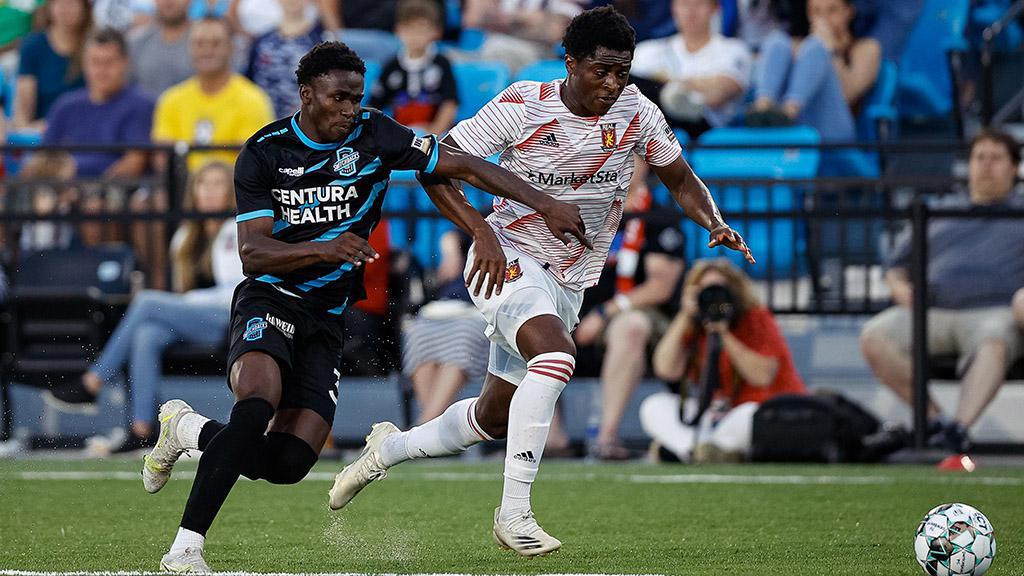 HERRIMAN, Utah – Real Monarchs SLC and Colorado Springs Switchbacks FC will meet for the final time this season on Friday night at Zions Bank Stadium with the Switchbacks looking for a victory that would keep it in strong contention for a second-place finish in the Mountain Division standings against a Monarchs side that broke out of its attacking funk in a wild victory last time out. Kickoff is scheduled for 9 p.m. ET.

@RealMonarchs (5-18-6, 21pts) took a 4-3 victory against Austin Bold FC last Saturday afternoon at Zions Bank Stadium as 17-year-old Leo Torres scored his first two goals in the USL Championship before a late winner by Milan Iloski lifted the hosts to their first win since August 7. Torres scored twice from long range in the first half as he made his first start for the side since arriving on loan from fellow Championship club San Antonio FC during the summer. The Monarchs also made a small piece of Championship history as Fernando Delgado became the youngest goalkeeper to start a game in the league’s history aged 15 years, 2 months, 22 days old, which also made him the sixth-youngest player to appear in the league overall. Delgado will be unavailable for selection on Friday, however, after receiving a red card during the contest against Bold FC, but Bode Davis will be available for selection after the overturning of a yellow card on appeal by the Independent Discipline Panel which negated his red card in the contest.

@SwitchbacksFC (13-8-9, 48pts) had its postseason berth confirmed on Wednesday night after Austin Bold FC suffered defeat to El Paso Locomotive FC, with the side set to make its first trip to the USL Championship Playoffs since the 2016 this November. Colorado Springs grabbed a late 1-0 win against Rio Grande Valley FC in its last outing as Thomas Amang scored in the fourth minute of stoppage time to lift the side to victory. The goal was assisted by Hadji Barry, who will enter Friday’s contest needing one goal to break a tie with Louisville City FC’s Cameron Lancaster for the most goals in a regular-season campaign in the Championship’s history with 25 goals so far this season. The Switchbacks were held scoreless when they last visited Zions Bank Stadium in a 0-0 draw on October 8, but with three points on Friday night would put pressure on San Antonio FC to match their win as SAFC hosts Bold FC at Toyota Field. With Colorado Springs set to visit San Antonio in the final game of the season – and both sides level on 48 points with two games remaining – the race for second place and a home game to open the playoffs is still up in the air between the two sides.