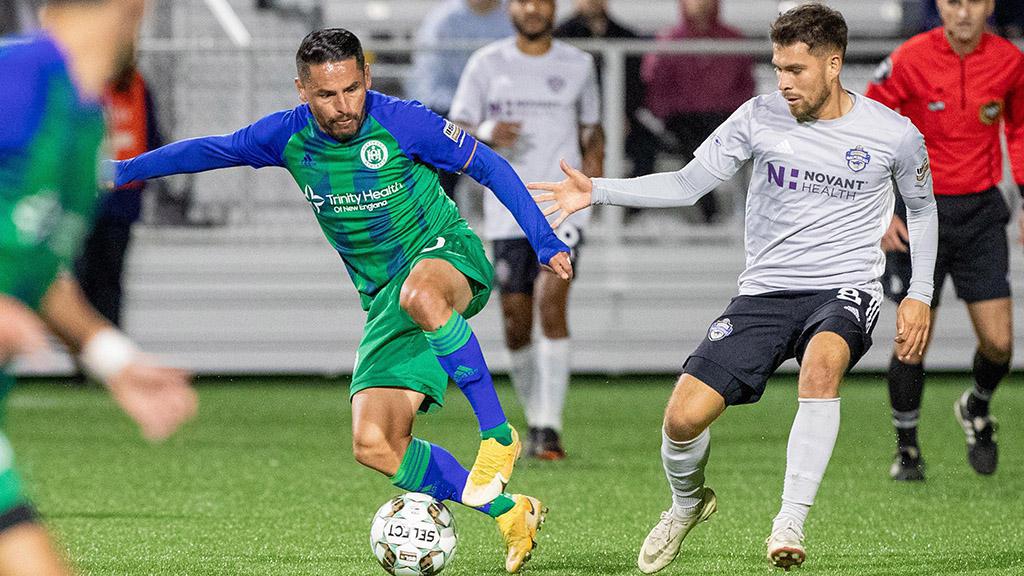 Hartford Athletic's Danny Barrera will try to add to his 11 assists this season as his side hosts a Charlotte Independence side that has won four games in a row going into Friday's contest. | Photo courtesy Hartford Athletic

HARTFORD, Conn. – Hartford Athletic plays host to the Charlotte Independence on Friday night at Dillon Stadium with the visitors looking to add to a four-game winning streak in their pursuit of a top-two finish in the Atlantic Division and a home playoff game to kick off the postseason, while Hartford takes aim at a third consecutive victory as it tries to end its season on a positive note. Kickoff is scheduled for 7 p.m. ET.

@HFDAthletic (11-14-4, 37pts) completed a home-and-home sweep of Loudoun United FC last Saturday night as it took a 1-0 victory at Dillon Stadium with Conor McGlynn recording the only goal of the game. The tally was McGlynn’s second in as many games and his fifth of the season overall in what has been a solid overall season for the central midfielder. Hartford playmaker Danny Barrera recorded the assist for his 11th of the season, which places him both tied for the league lead alongside Phoenix Rising FC’s Aodhan Quinn but now only two back of Pittsburgh Riverhounds SC’s Kenardo Forbes for the league’s all-time regular season assists lead. Hartford has struggled so far this season against the Independence, though, having lost all three prior meetings while conceding seven goals, but with a win it would provide a potential boost to Pittsburgh Riverhounds SC, which is level on points with Charlotte as it pursues second place going into penultimate weekend of the season.

The @Independence (16-9-4, 52pts) booked their postseason berth last Saturday night with a 5-1 victory against the Charleston Battery that saw Dane Kelly score a pair of goals at American Legion Memorial Stadium. The result left Charlotte level on points with the Hounds but with one game in hand going into this weekend’s game. The Championship’s all-time leading goalscorer, Kelly is now on 99 regular-season goals for his career and will get the chance to hit the century mark against an Athletic side he has scored twice against this season in two appearances. Kelly and teammate Irvin Parra are now tied for the team-lead with 11 goals apiece, making them one of only two sets of teammates in the league to current sit on double-digit goals this season. Charlotte has won eight out of nine games overall in its run up the standings and can add to its club-best season that last weekend saw it surpass its prior best points total in campaign in 2016 when it notched 50 points.