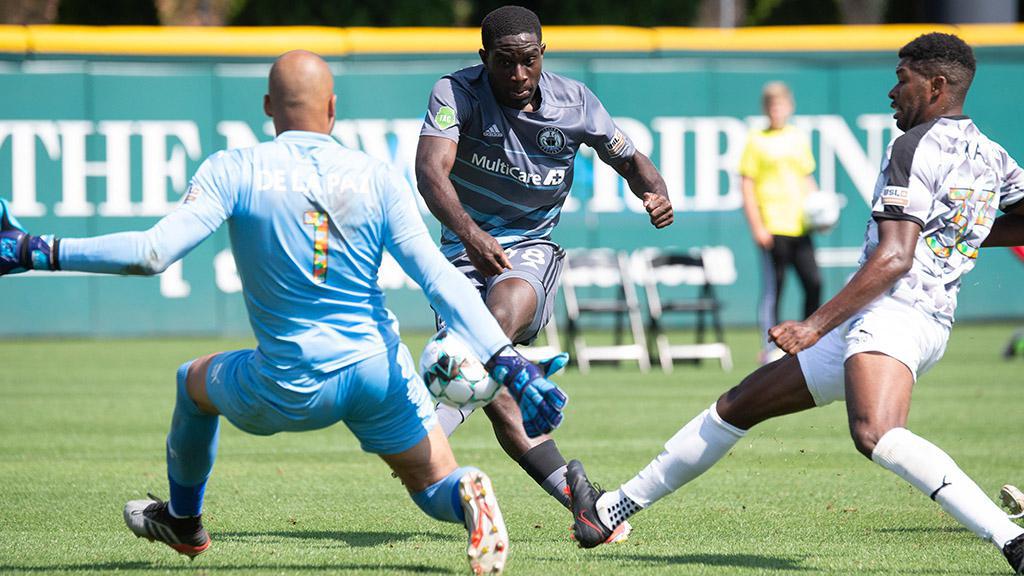 Both Tacoma Defiance and Oakland Roots SC need victory as they meet on Wednesday night at Cheney Stadium or their chances of a playoff place this season could come to an end. | Photo courtesy Charis Wilson / Tacoma Defiance

TACOMA, Wash. – Tacoma Defiance play host to Oakland Roots SC on Wednesday night at Cheney Stadium with their playoff chances under threat after both sides failed to take victory in their most recent outings to fall further back of the fourth-placed LA Galaxy II in the USL Championship’s Pacific Division. Kickoff is scheduled for 10 p.m. ET.

@TacDefiance (9-13-7, 34pts) played to a 0-0 draw against Sacramento Republic FC on Sunday afternoon at Heart Health Park as late chances from Marlon Vargas and Jackson Ragen were denied to leave the side five points behind Los Dos in the standings. Tacoma sits as the most viable challenger to the Galaxy II for the fourth playoff position as the two sides complete their season series on Sunday afternoon, but the Defiance need to break a two-game winless streak to earn that opportunity against an Oakland side it has lost consecutive outings to on the road in their most recent meetings. Tacoma took a 3-1 win against Roots SC when the sides first met this season at Cheney Stadium when the hosts recorded three goals in the first half – including two in stoppage time – to take control of the game. Anything less than three points this time around could bring the curtain down on the Defiance’s season.

The same applies to @OaklandRootsSC (9-13-7, 34pts) after it suffered a 1-0 defeat to Orange County SC on Saturday night as the side was unable to rally after going behind in the first half at Laney Stadium. Jose Hernandez was sent off midway through the second half and will serve a one-game suspension on Wednesday night, but Oakland is at full strength otherwise with scoring leaders Wal Fall, Jeremy Bokila and Ariel Mbumba all available alongside Lindo Mfeka, who has four assists this season. Should Oakland take victory it could also move within two points of the Galaxy II by the end of the night, but a draw or defeat could end the postseason hopes for the side should LA have taken victory against the Charleston Battery earlier on Wednesday night.