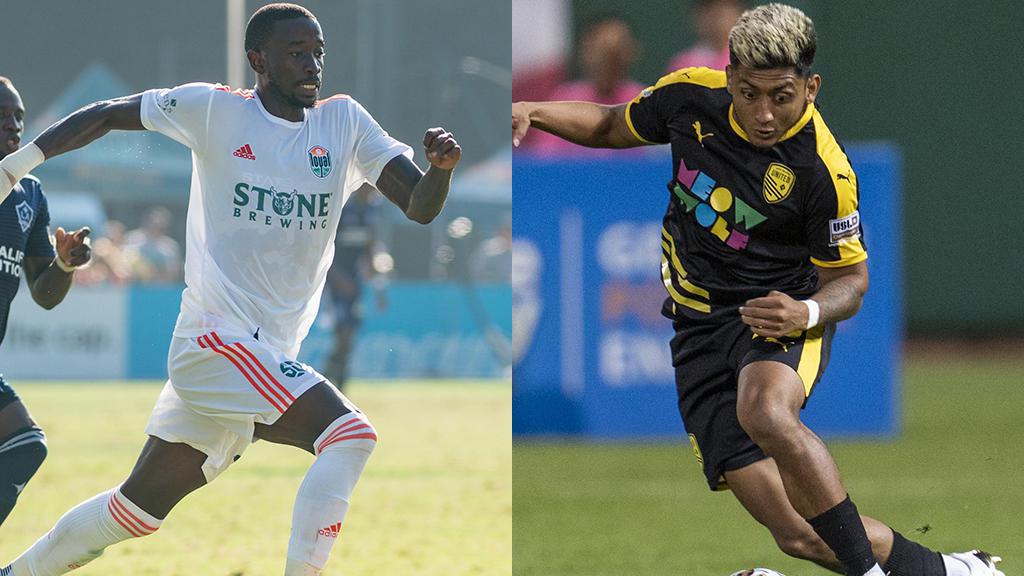 San Diego Loyal SC's Augustine Williams and New Mexico United's Amando Moreno could both return to action after being away on international duty as their sides meet for the first time on Sunday evening.

SAN DIEGO – San Diego Loyal SC will face New Mexico United for the first time on Sunday afternoon at Torero Stadium with the hosts on the verge of clinching their first trip to the USL Championship Playoffs in the Pacific Division as the weekend begins and New Mexico in a three-way battle for the fourth and final postseason berth in the Mountain Division. Kickoff is scheduled for 6 p.m. ET.

@SanDiegoLoyal (14-10-4, 40pts) earned a 2-1 victory against Sacramento Republic FC last Saturday night in its most recent outing as local standout Alejandro Guido led the side back from a halftime deficit with a goal and assist as the hosts took a third consecutive victory. San Diego now enters the weekend just a point from clinching a postseason berth and could have booked its place before kickoff should Oakland Roots SC drop points against Orange County SC on Saturday night. SD Loyal will be looking for all three points, however, as it tries to secure second place in the Pacific Division standings behind Phoenix Rising FC and ensures it opens its first playoff trip on home turf at Torero Stadium. Guido’s goal was his fifth of the season, moving him into a tie for second on the team alongside midfielder Jack Blake, with Tumi Moshbane leading the side with 10 goals overall, and the side could see a return to the squad of forward Augustine Williams this weekend after his international call-up by Sierra Leone during the FIFA 2022 World Cup Qualifying window in the past two weeks.

@NewMexicoUTD (10-9-9, 39pts) is looking to get back in the win column on Sunday after playing to a 1-1 draw with Rio Grande Valley FC last Saturday afternoon at Isotopes Park that kept the side in fifth place in the Mountain Division standings. Chris Wehan scored his sixth goal of the season for United – and 10th overall – to pull the hosts level midway through the second half but New Mexico was unable to kick on and find a winner as honors ended even between the two playoff contenders. New Mexico remains one point behind Austin Bold FC for fourth place in the division standings after Bold FC’s defeat in midweek, with all three teams still in contention including the Toros – who sit a point back of United in sixth – having four games to go in the campaign. The visitors will also welcome back an attacking piece from international duty with Amando Moreno having featured for El Salvador across its three games of FIFA 2022 World Cup Qualifying in the past two weeks. New Mexico has however struggled with out-of-division opponents this season going 1-3-3 previously this season as it looks to end the slate on a high note at Torero Stadium.