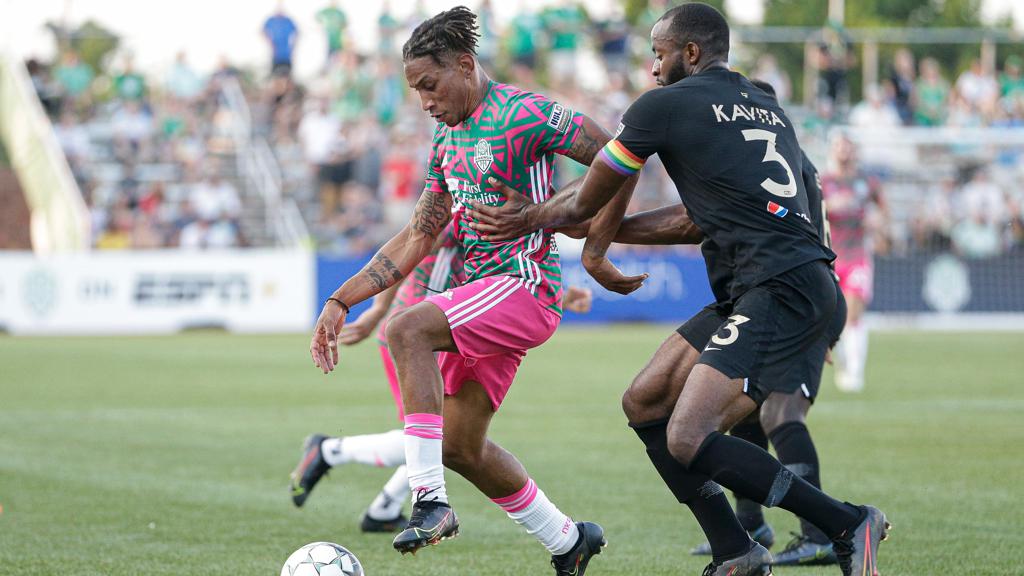 OKLAHOMA CITY – OKC Energy FC will play host to Birmingham Legion FC on Sunday evening at Taft Stadium with the visitors aiming to solidify its position on top of the Central Division standings after a midweek victory against an Energy FC side in need of victory to keep its postseason chances alive. Kickoff is scheduled for 6 p.m. ET.

@EnergyFC (8-9-12, 36pts) played to a 1-1 draw with Austin Bold FC last Sunday night at Bold Stadium as it conceded a late penalty kick to miss out on a much-needed victory after Villyan Bijev had given the side the lead inside the final 10 minutes. Energy FC is now three points behind Black Gold Derby rival FC Tulsa for the fourth and final playoff position in the Central Division but has played two games more and has only three games remaining in its schedule. Bijev has led the side this season with 12 goals and six assists but has received little support in attack for much of the season. Energy FC has recorded only 30 goals in 29 games with Aidan Daniels sitting second on the side with three goals this season. After going winless in its last three outings, OKC needs to find its first win against Legion FC this season as the sides meet for the final time.

@BHMLegion (17-7-5, 56pts) moved into first place in the Central Division on Wednesday night as it pulled away late for a 3-1 victory against Austin Bold FC at BBVA Field to move past Louisville City FC, which fell 2-1 to Memphis 901 FC on the same night. Neco Brett recorded a goal and assist for the hosts as they took a fifth consecutive victory and clinched a top-two finish, which will also see Legion FC host its first postseason game in club history when the 2021 USL Championship Playoffs arrive. Brett has had a second consecutive standout season for Birmingham with 17 goals, putting him tied for third in the league in goals, and the side is set to welcome back forward Junior Flemmings for Sunday’s game after his return from international duty with Jamaica in the past two weeks. Legion FC took victory in its last visit to Taft Stadium at the start of the season as JJ Williams scored a late winner after Brett had put the side ahead early. A repeat of that result would ensure Birmingham remains on top of the standings with two games to go in its campaign.