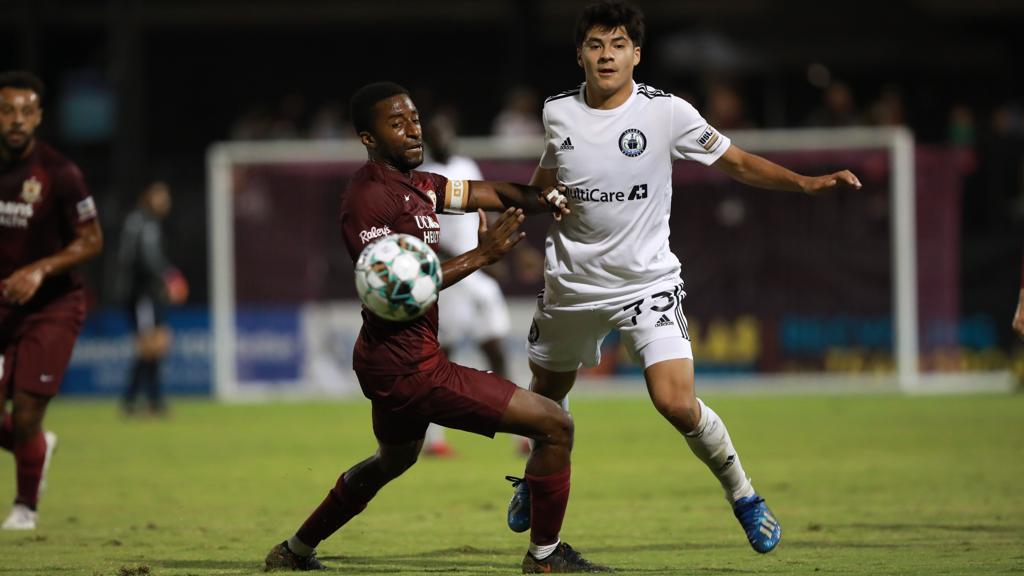 SACRAMENTO, Calif. – Sacramento Republic FC plays host to Tacoma Defiance on Sunday afternoon at Heart Health Park with both teams in need of all three points to try and move level with the fourth-placed LA Galaxy II in the USL Championship’s Pacific Division as they meet for the final time this regular season. Kickoff is scheduled for 5 p.m. ET.

@SacRepublicFC (8-12-9, 33pts) missed out on a chance to move level on points on Wednesday night the two sides played to a 1-1 draw that saw Dariusz Formella score a late equalizer at Heart Health Park. Republic FC recorded a season-high 26 shots overall but finished the game with only five shots on goal as the club’s inconsistency in front of goal this season continued. Sacramento moved up to sixth position with the result, but now has only three games remaining to try and maintain its streak of reaching the USL Championship Playoffs in every season of club history. Formella’s goal was his seventh of the season, moving him into a tie for the team-lead with Cameron Iwasa, and the Polish forward has had a strong history against the Defiance in prior meetings between the sides. Formella has recorded five goals in six regular season games against Tacoma, including scoring the winner when the teams met at Cheney Stadium on September 22. Since then, Republic FC also took a 3-1 win against the Defiance at Heart Health Park on October 2 and needs a similar result and performance this time to boost its postseason chances.

@TacDefiance (9-13-6, 33pts) is also in need of victory after suffering a 1-0 defeat to Las Vegas Lights FC on Wednesday night at Cheney Stadium. The hosts recorded six shots on goal but were unable to find a way past Lights FC goalkeeper Alex Rando as a goal inside the opening minute of the second half lifted the visitors to victory. The Defiance have four games remaining but have both yet to take victory against Republic FC this season in three meetings and have never taken victory away at Heart Health Park in club history, with a pair of 3-3 draws a season ago the only two contests out of 12 all-time visits in which the side has returned with a point. That’s a trend the visitors need to change ahead of a pair of key games next week against fellow postseason contenders Oakland Roots SC and the LA Galaxy II as Tacoma looks to earn its first playoff trip since its inaugural season in 2015. The Defiance have been led this season by forward Samuel Adeniran, who has recorded 10 goals this season, while Ray Serrano leads the team with six assists.