What Would the Bracket Look Like if the USL Championship Playoffs Started Tomorrow? 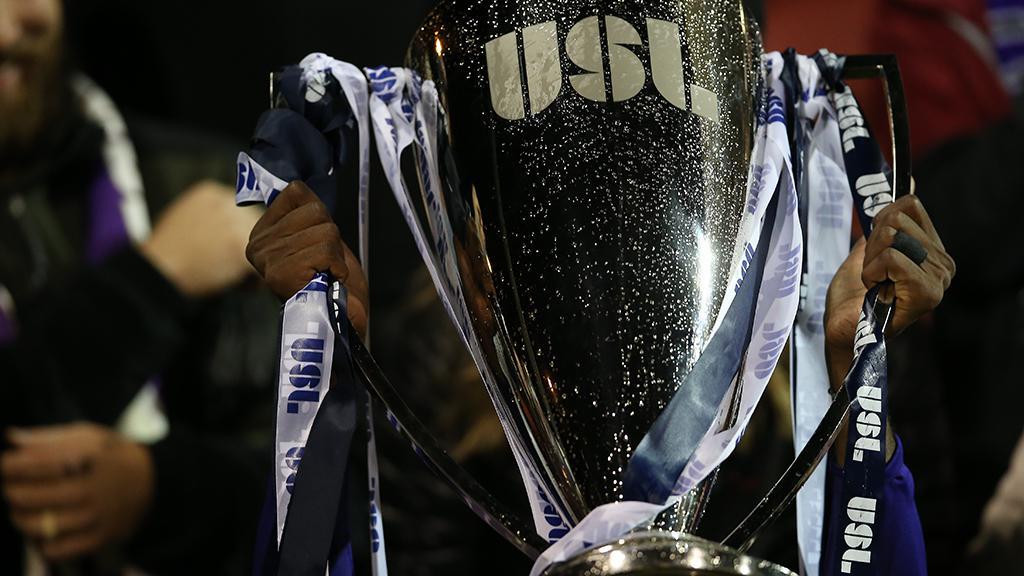 The road to the 2021 USL Championship Final is almost set as teams take aim at the silverware everyone starts the season dreaming of. | Photo courtesy Em-Dash Photography / Louisville City FC

Starting with Friday night’s clash between the Tampa Bay Rowdies and New York Red Bulls II at Al Lang Stadium, there are still 57 regular season games to be played in the 2021 USL Championship campaign.

But… what if the 2021 USL Championship Playoffs started tomorrow?

We’re going to look at the potential matchups the current standings would produce, and other potential scenarios, and also dig into how the postseason might play out under the structure laid out at the start of the season, where hosting is guaranteed for the top two in every division to open the bracket before points become the deciding factor from the Conference Semifinals on.

The good news now for the No. 1 seeds in all four divisions? They’d currently hold enough points to earn hosting rights against the No. 2 or No. 3 seeds in the Conference Semifinals. This is the time of upsets, though, so let us know on social media (@USLChampionship) which team you think has the best chance of lifting the Championship Final trophy at the end of the season. 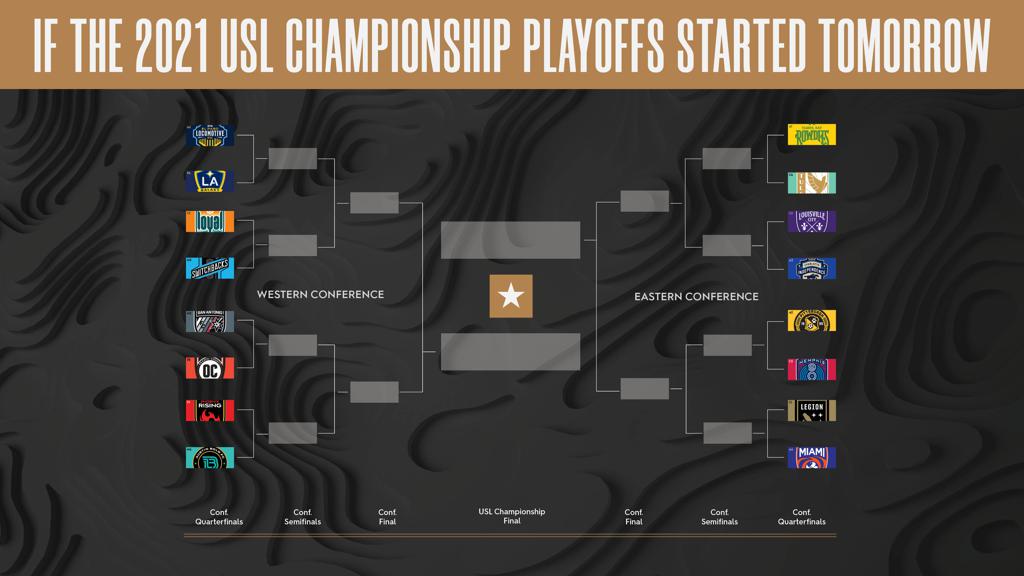 We get an almost real-life preview of this matchup on Sunday evening as the LA Galaxy II host El Paso Locomotive FC for only the third meeting between the teams all-time at Dignity Health Sports Park, but if Los Dos manage to hold onto fourth spot ahead of Oakland Roots SC, Sacramento Republic FC and Tacoma Defiance then the scene would switch to Southwest University Park for a postseason meeting. That’s where El Paso has been at its best this season, continuing an undefeated streak that currently sits at 23 games including last year’s postseason, where it won twice in penalty shootouts before its passionate crowd. Locomotive FC is challenging Phoenix Rising FC for the No. 1 seed in the West, too, and would currently be guaranteed of hosting at least a Conference Semifinal should it advance here.

San Diego Loyal SC is closing in on its first playoff berth in its second season, while Colorado Springs Switchbacks FC is looking solid in third place in the Mountain Division to earn a first postseason trip since 2016, although they could still challenge San Antonio FC for second place. It would present the first meeting all-time between the two sides and a battle between two standout attacks and two improving defenses, but the coaching matchup could be of interest as well with Colorado Springs’ Brendan Burke having twice been to the playoffs previously leading the Philadelphia Union II – including springing a road upset on Pittsburgh Riverhounds SC in 2018 – and San Diego’s Landon Donovan taking charge of his first postseason game.

There’s still a little bit of work for both San Antonio FC and Orange County SC to do in order to lock up these respective positions in their divisions, but the odds are this is the matchup we’ll see at Toyota Field in the opening weekend of the playoffs. What that would bring is a first-time postseason matchup between these teams to add to a regular-season series that has been closely fought over the years. Orange County holds a 3-2-3 edge overall but has only gone 1-2-1 in its four prior visits to the Alamo City, while San Antonio will be looking for its first home playoff victory since defeating FC Tulsa in the Western Conference Quarterfinals in 2017.

We already know Phoenix Rising FC is locked into first place in the Pacific Division with three games to go, and as things stand it would hold homefield advantage in the playoffs through the Western Conference Final with the most point in the conference. As of now, it would face Austin Bold FC, which is trying to hold off New Mexico United and Rio Grande Valley FC with four games remaining for each side. If this matchup does stand, it would bring back memories of a 2019 meeting at this stage between the two sides that saw Bold FC earn a scoreless draw in Phoenix in its inaugural season before an epic penalty shootout that Rising FC claimed 8-7 as AJ Cochran clinched the win after Phoenix goalkeeper Zac Lubin had saved Jermaine Taylor’s shot to open the ninth round.

Atlantic No. 1 Tampa Bay Rowdies vs. Central No. 4 FC Tulsa

The Tampa Bay Rowdies are already locked in as Atlantic Division title winners, but they want to keep pushing for victories and the chance to guarantee homefield advantage throughout the postseason ahead of Phoenix Rising FC and El Paso Locomotive FC. As things stand in the Central, a first meeting with FC Tulsa would be on the cards for Tampa Bay, but that could chance in the final weeks with Tulsa vying for third place in the Central against Memphis 901 FC, a team that the Rowdies served as the first opponent for in 2019 when Sebastian Guenzatti scored the only goal for Tampa Bay in a 1-0 win at AutoZone Park.

Central No. 2 Louisville City FC vs. Atlantic No. 3 Charlotte Independence

On paper, this could be the most intriguing game of the opening weekend of the postseason. On one hand you have Louisville City FC, which has advanced to the Eastern Conference Final in each of its prior six seasons in its tremendous home venue at Lynn Family Stadium. On the other you have a Charlotte Independence squad filled with experienced Championship and overseas talent looking to make a serious run. There’s a chance the Independence could move out of this game – if they win out, they’d get the No. 2 spot in the Atlantic Division and be replaced by either Pittsburgh Riverhounds SC or Miami FC. The potential this contest has as the first playoff meeting between the sides, however, would be major.

Atlantic No. 2 Pittsburgh Riverhounds SC vs. Central No. 3 Memphis 901 FC

Pittsburgh Riverhounds SC still has work to do to hold onto second place in the Atlantic Division, while also hoping the Charlotte Independence slip up somewhere along the way, but if it holds its place it could get a matchup with one of the best stories in the Championship this season in Memphis 901 FC. The squad led by Head Coach Ben Pirmann is on the way to its first postseason trip this season and includes a player familiar to Highmark Stadium in defender Skylar Thomas, who spend the 2020 season with the Hounds. With the attacking nature of both sides, it could bring an entertaining matchup to a series that has seen Pittsburgh win both prior meetings.

Central No. 1 Birmingham Legion FC vs. Atlantic No. 4 Miami FC

There’s a short way to go for both of these teams to either in the case of Birmingham Legion FC hold onto its current spot in the Central Division, or in the case of Miami FC to improve its position in a tight race for second place in the Atlantic Division, but this would provide an instance of a regular-season matchup coming back in the postseason. Legion FC took a 1-0 win against Miami at FIU Stadium back in June as Neco Brett scored the only goal with eight minutes to go, a result that continued Legion FC’s success in their short series with the South Florida side. A year ago in the regular season, Birmingham also won in Miami as Alex Crognale led the way, meaning the visitors could be looking for revenge in their first trip to the Magic City in club history should this matchup arise.