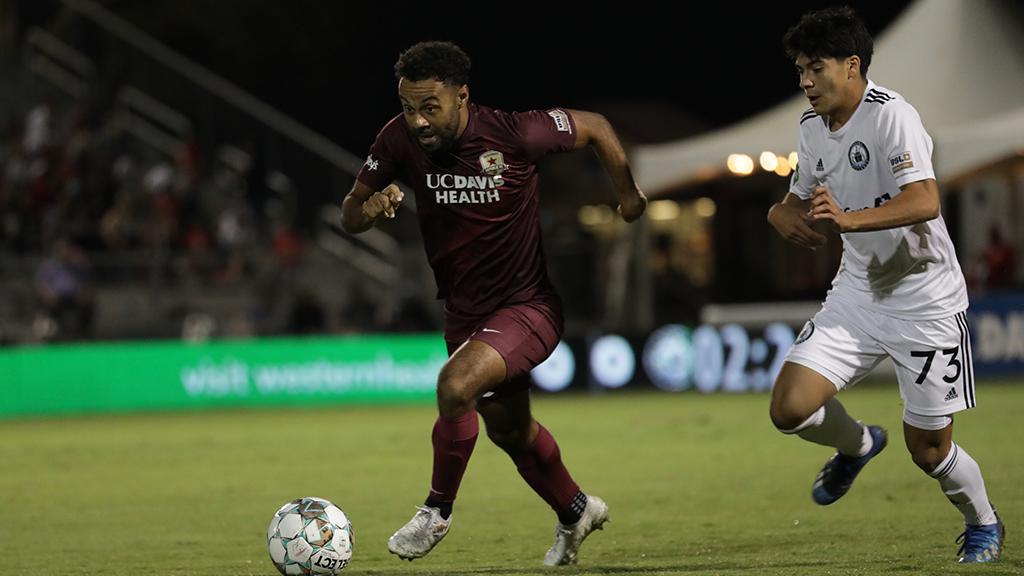 Two more places could be claimed in the Western Conference bracket of the 2021 USL Championship Playoffs this weekend, but the action around the playoff lines in both the Mountain and Pacific Divisions puts the spotlight on key games in both. Here are five storylines to follow as the action unfolds on Saturday and Sunday.

REPUBLIC FC LOOKS TO POSITIVES AS MISSED CHANCES ADD UP

It was a familiar story for Sacramento Republic FC’s season on Wednesday night. Despite racking up a season-high 26 shots, the lone goal the side produced via Dariusz Formella in the 87th minute was only good enough to earn a 1-1 draw against the LA Galaxy II. The result moved Sacramento into sixth place in the Pacific Division standings after Tacoma Defiance’s loss to Las Vegas Lights FC, but kept a three-point gap between Republic FC and Los Dos, with the Galaxy II still holding a game in hand in fourth place and the favorite to remain there when the season concludes.

Sacramento hasn’t lacked for attacking invention most of the season. The side sits in the Top 10 in the Championship with 369 total shots, but the numbers beyond that don’t paint a pretty picture. The club is in the bottom 10 with a 44.97% shooting accuracy rate, and a 13.2% shot conversion rate excluding blocked shots. That split is reflected in difference between the club’s Expected Goals (38.11xG) and Expected Points (39.42xP) according to American Soccer Analysis and their current totals of 34 goals and 33 points.

Ahead of what is now a must-win game against Tacoma on Sunday afternoon at Heart Health Park, though, the side is trying to stay optimistic after a display that had everything the side needed except a game-winner.

“It’ll be crucial for us,” said Republic FC midfielder Jaime Villarreal. “We can definitely build off this with the amount of chances we created. Defensively I thought we did well. We did a good job holding their attack. They’re a high scoring team, but this should give us confidence going into Sunday to see if we can get three points at home.”

There was no real question over Orange County SC’s playoff credentials going into Wednesday night’s game with Phoenix Rising FC – the side still sat at 87 percent odds to reach the postseason according to fivethirtyeight.com – but earning a first win this season against the Pacific Division leaders at Championship Soccer Stadium thanks to Ben Mines’ first-half goal provided what interim Head Coach Richard Chaplow believed was the right reaction to the side’s defeat against Tacoma Defiance the prior weekend to get things back into gear for the side.

“Tacoma was really the first time we've walked off the field and been disappointed in ourselves since I’ve taken charge,” said interim Head Coach Richard Chaplow. “So today, we needed to roll up our sleeves show character and personality. You know, the guys came out there and did that in a difficult night against the best team in the league.”

Orange County now looks locked into third place in the division, although it could challenge San Diego Loyal SC should the current second-placed side falter down the stretch. Taking victory against Oakland Roots SC on Saturday night is the mission now for OCSC against a side it has found good success against so far this campaign, winning all three prior meetings including a dramatic 2-1 victory thanks to Mikko Kuningas’ stoppage-time winner when the teams last met on September 25.

TOROS AIM TO MAKE UP FOR LOST TIME, GAIN GROUND 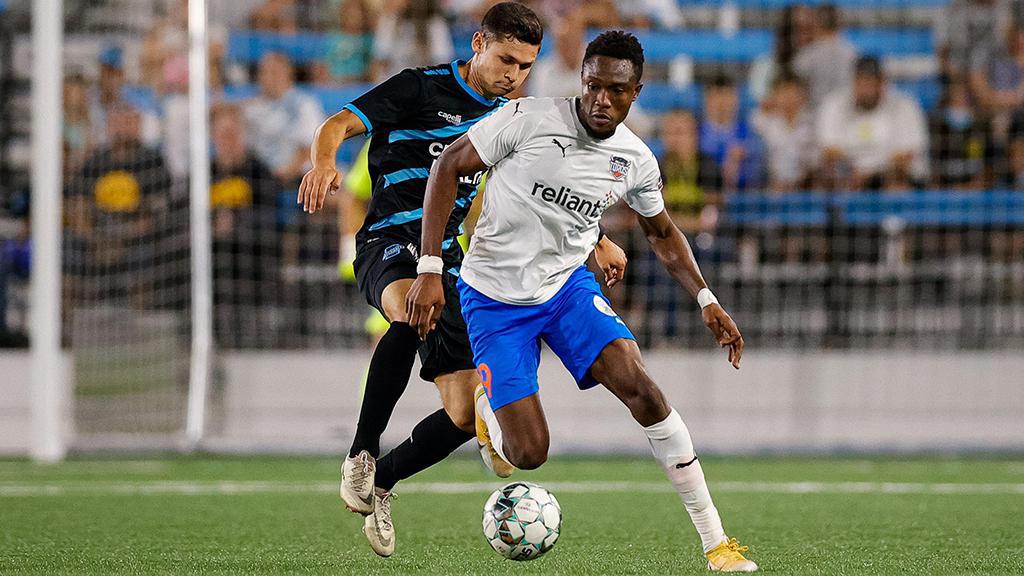 With only two points separating the three teams competing for the final playoff place in the Mountain Division, the pressure has quickly risen on fourth-placed Austin Bold FC, fifth-placed New Mexico United and sixth-placed Rio Grande Valley FC to find answers to the questions the schedule is asking. For the Toros, that means finding a way to take victory on Saturday evening when it visits third-placed Colorado Springs Switchbacks FC ahead of a six-pointer at home to New Mexico next Saturday night.

While there’s a wide variety of personalities within the squad from young standouts like Christian Sorto, who will return from international duty with El Salvador for Saturday’s game, and Wan Kuzain to veterans like Rodrigo Lopez and Vicente Sanchez, the experience of know what it takes to come through in these situations might be among the most important the Toros have at their disposal over the final four games of the season.

“Soccer doesn’t give you time,” said Sanchez this week. “In soccer you have to be able to get up quickly to be able to adjust and go into the next game. I have so many positive messages for the team and that the closing [stretch] is very nice. It is very entertaining with all the teams that are looking to qualify for playoffs.”

Orange County SC’s victory on Wednesday night meant San Diego Loyal SC can’t quite clinch a top-two position in the Pacific Division as well as a first trip to the USL Championship Playoffs this Sunday as it plays host to New Mexico United, but the importance of every point is front of mind for the side ahead of what should be an intriguing clash at Torero Stadium.

“We need that second-place spot,” said Manager Landon Donovan after the club’s victory against Sacramento Republic FC last Saturday night. “Every point that we earn puts us in a better spot and also to get a second home game if we win the first game in the playoffs. That is why we are at 100-percent on earning that game. We have a responsibility to people who come watch us play and that’s why we are going for it all.”

Should it land second place in the division, San Diego would head on the road to face the top seed from the Mountain Division – likely El Paso Locomotive FC – should both teams take victories in their Conference Quarterfinals. With the playoffs can come upsets, though, and with seeding replaced by final point totals for hosting right in the Conference Semifinals and beyond, making sure his side has the edge on San Antonio FC and Colorado Springs Switchbacks FC for third place overall in the West is the next goal for Donovan. Taking victory against New Mexico would go a long way toward those efforts.

There’s no question that Phoenix Rising FC has dominated its series with Las Vegas Lights FC over the past four seasons – this year alone the side has racked up the two highest shots-on-target totals in the league this season in its two victories at Wild Horse Pass – but after Rising FC’s loss at Orange County SC on Wednesday night it needs to avoid falling into another late-season trap at Cashman Field.

Past meetings have included arguably the high-point of Lights FC’s inaugural season in 2018 when Sammy Ochoa led a 5-2 win for Las Vegas – the only current win for Lights FC in the series – while earlier this season the hosts struck late to earn a 2-2 draw behind a goal and assist by Roberto Molina. With El Paso Locomotive FC only a point behind Phoenix in maximum available points going into the weekend, producing a fourth win in seven visits is important for Rising FC in the big picture.