Ryan James - From Mississauga To Birmingham

In the first of a new series in collaboration with Black Arrow FC, we look in-depth at the Canadian standout now making his mark for Legion FC 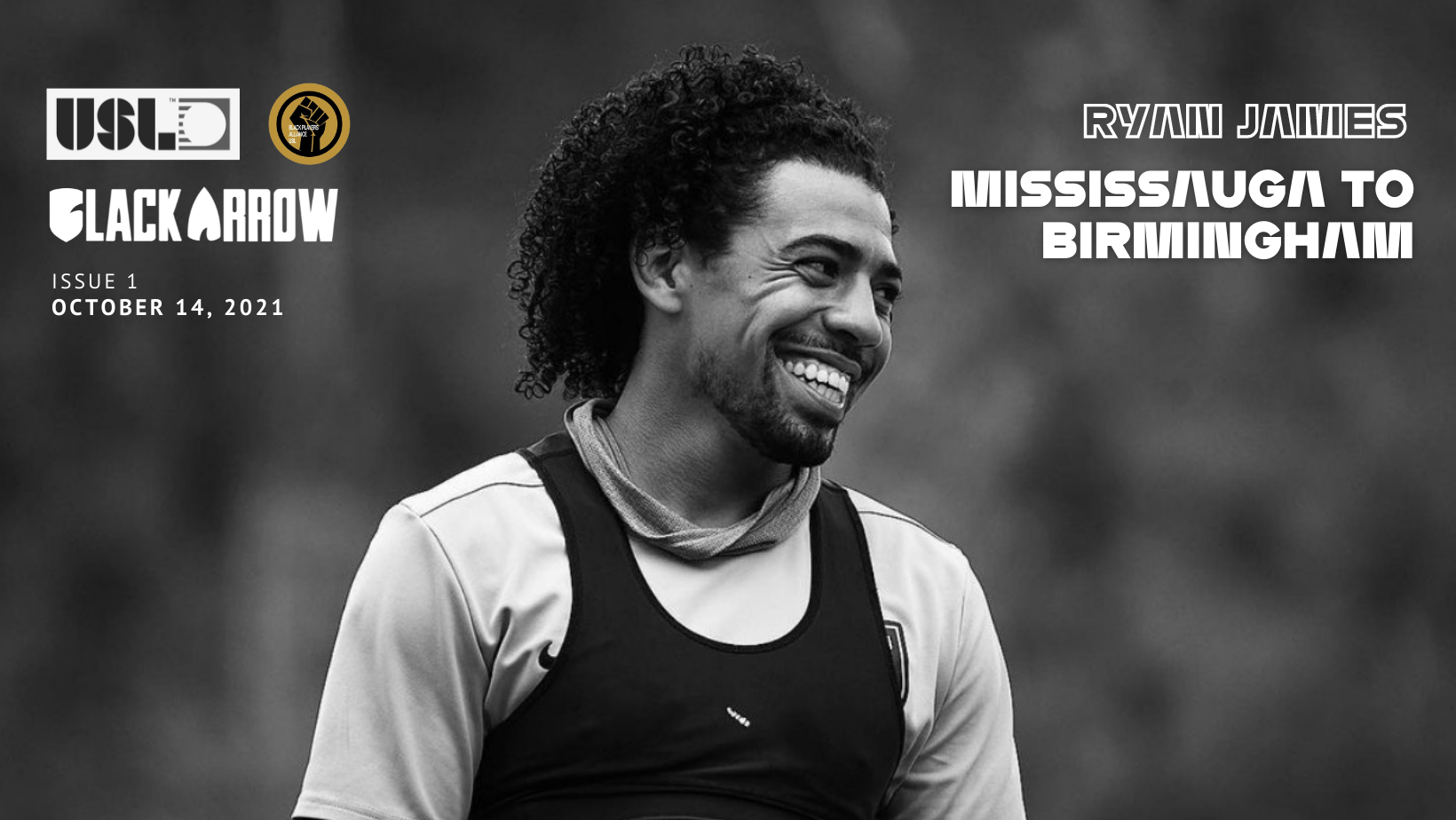 The more things change, the more they stay the same.

It may be an overused cliche, but it tends to ring true when considering an athlete’s journey from the amateur to the professional level of play. Childhood lessons that started in the home are almost as well-traveled as the athletes.

Whether they are rookies or seasoned veterans, the athletes we tend to remember and respect always seem to maintain this unwavering desire to get better day by day, tapping into that childlike enthusiasm for the game they love to play. They can recall those early memories of spending countless hours in the backyard or at the park practicing on their game, drill after drill, holding steadfast to a dream so many kids share, but only a rare few get to fulfill.

Ryan James of the USL Championship side Birmingham Legion FC is one of those rare athletes who has maintained his youthful exuberance for the sport of soccer throughout his playing career. James, 27, is now a veteran of the USL Championship, the largest professional soccer league in North America, with more than 35 current members that include world-class ownership groups with proprietary stakes in professional teams from the NBA, MLB, and the NHL among other top sports leagues.

James’ career included pit stops with the Rochester Rhinos (2016-2017) and Pittsburgh Riverhounds SC (2019-2020), two founding members of the USL Championship. Nestled in between his time in Rochester and Pittsburgh was a sole season with Nashville SC (2018). At all three teams, despite the natural challenges that arise with adapting to new clubs, coaches, and environments, James was a virtual lock as a defensive starter, primarily in the left fullback role, and that trend has continued since he arrived in Alabama (23 starts with 28 total appearances out of 28 games played thus far for Legion FC).

His presence has solidified a defensive unit that is currently tied for third when it comes to fewest goals conceded (29) across the league; consequently, with this stingy defense at the helm, no-one is surprised at the Legion’s current first-place position in the USL Championship’s Central Division, a point ahead of perennial title contender Louisville City FC.

A History He Couldn't Ignore

Legion FC, an expansion team only three seasons ago, is the Magic City’s first and only locally owned and operated professional soccer franchise.

Now, Birmingham, Alabama isn’t necessarily a soccer oasis. The remnants of Jim Crow segregation and racial terrorism remain a stain on a city wrought with a complicated and downright cruel history for Black Americans in particular.

We are only a few weeks removed from the annual commemoration of the brutally heinous 16th Street Baptist Church Bombing and the four little girls (14-year-olds Addie Mae Collins, Denise McNair, Carole Robertson, and 11-year-old Cynthia Wesley) whose lives were violently taken from their families on that fateful day back in September of 1963. George Wallace, Alabama’s infamously loathsome governor at the time of the bombing, was a proudly staunch segregationist and was justifiably lambasted by national political and civic figures, none more widely revered and recognized than Dr. Martin Luther King, Jr. In a telegram addressed to Wallace, King would state bluntly, “The blood of our little children is on your hands.”

King’s telegram was preceded merely months prior by the release of his “Letter from Birmingham Jail”, which he wrote while in solitary confinement after being arrested for protesting against racism in one of America’s most segregated cities at the time. A scathing criticism of white and religious moderates for their apathy in response to the racial injustices of the Jim Crow South, King’s Letter would serve as a pivotal turning point in the Civil Rights movement of the 1960s.

So, when Canadian-born James was making his move to the Legion earlier this year, he received a fair warning from his most trusted advisor and his first soccer coach, his father.

Ryan admitted, “I was a little bit nervous. It’s just being smart and not being too naive and just thinking that it’s going to be the exact same as Mississauga [Ryan’s hometown] or as diverse or as welcoming.”

But now that he’s settled into his new city and his new club as their top choice left-back, Ryan recognized, “It has been a good scenario for me here.” 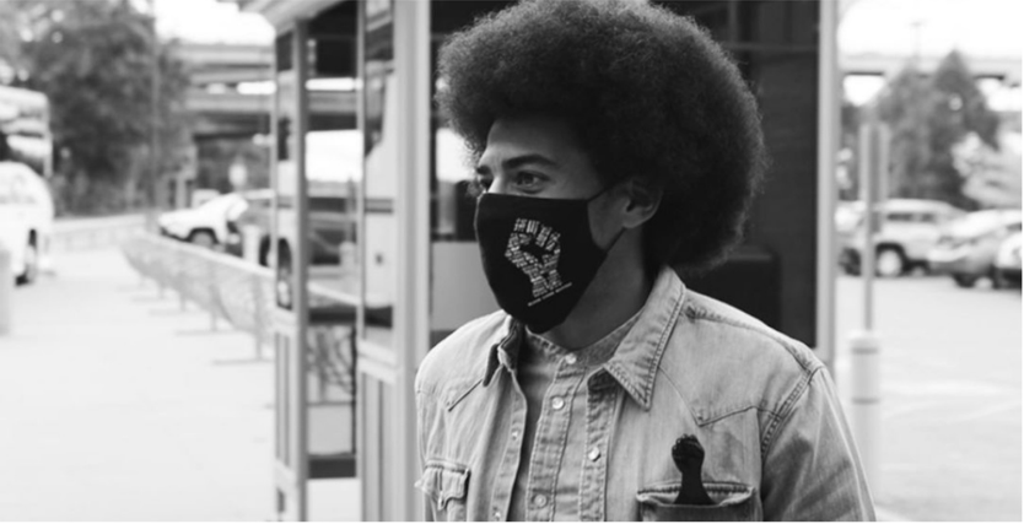 The Sauga - Where the Love Started

While conversing with Ryan, you quickly gather that he’s found a home away from home in the Magic City. On the surface, Mississauga, Ontario, Canada and Birmingham, Alabama appear to be polar opposites. But if you were to see them through the fullback’s bright eyes, you might say the two populous cities could be distant cousins, with the game of soccer bridging James’ joyful past with his present situation.

James is the youngest of three siblings (one sister and one older brother), all of whom played soccer competitively growing up in the ‘Sauga’. His brother Evan - selected in the 2012 MLS Supplemental Draft by Club de Foot Montreal - would play soccer professionally, creating a blueprint for James to follow.

At the same time, he continued to develop his game under his father’s tutelage. His sister stopped playing much earlier and now is a business owner as a professional baker and decorative cake designer.

“But she doesn’t let me try any of the cakes,” James stated disappointedly.

Although he would eventually follow his older brother’s footsteps professionally, he attributes the beginning of his soccer journey to his big sister.

My first year was on my sister’s team and I would just kind of sit on the bench and get a jersey...I felt like I was part of the team so I got a trophy and everything. That’s where the love of soccer started for me, just right there with my family. I didn’t even notice it was a girls team. It wasn’t about that. My eyes were fixated on the ball I guess.

That fixation on the ball would mold him into a promising young soccer player as he began taking soccer more seriously while training with his father. His dad emigrated to Canada from his native Jamaica, having built himself into a competent player despite limitations in the island’s youth development system.

“Dad loves soccer. I truly think he loves soccer more than my brother and I,” said James jokingly.

His father’s passion for the sport wasn’t enough to overcome the dearth of opportunity to grow as a young player, but he was able to share his knowledge about the game with both sons so that they could take the next leap in the family’s soccer journey.

Such a sacrifice is not easily forgotten by the youngest in the James clan.

“I feel fortunate and lucky that my dad was able to pass that on to me and say, ‘This is what I know. This is what you need to work on. These are the tools that I know you need.’”

Ryan is deeply aware of just how pivotal his father and brother are to his career.

I owe a lot to my brother and my dad helping pave that way for soccer for myself.

Giving Back to Birmingham 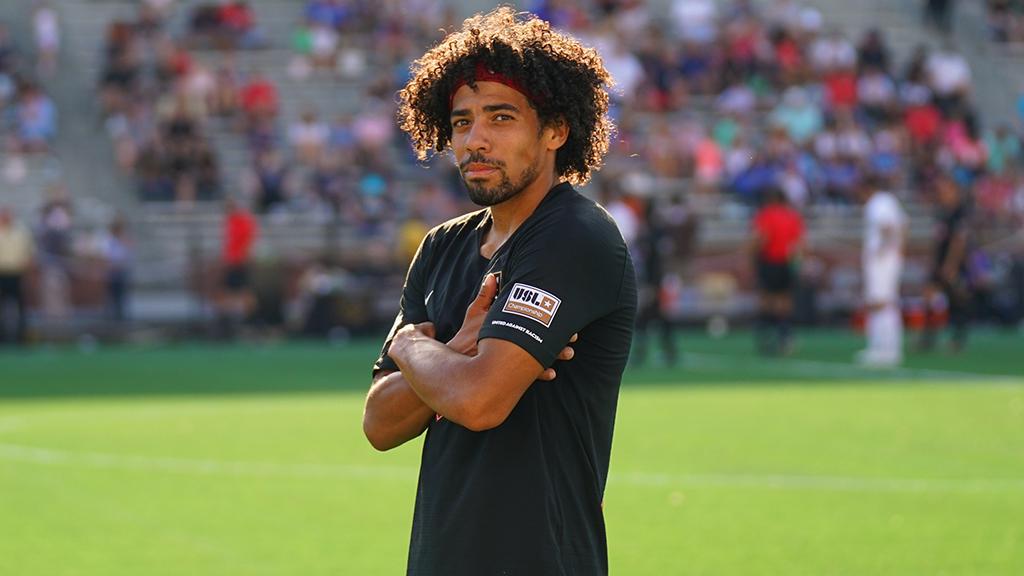 At 27 years old, well into his athletic prime, James is no longer the baby brother. He’s evolved into his own man, one with a purpose that propelled him to plant old familial roots in a foreign land. His eyes and his heart aren’t just fixated on a soccer ball anymore like they were when he was spectating from the bench on his sister’s squad.

While taking in his new city, Ryan rarely witnessed kids in Birmingham playing soccer in the streets or at the park as they did back home. And if it wasn’t for the role models he grew up around in his family and community, he too may have missed getting bitten by the soccer bug as a youngster.

“I want to be my brother. I want to have a younger brother and do what my brother did for me.”

Birmingham quickly embraced Ryan as one of their own brothers, so Ryan decided earlier this year to return the appreciation with the launch of Football Rhythm. In this youth-focused community organization, Ryan spends a ton of his free time hosting 1-to-1 and group coaching sessions as well as 5v5 futsal games open to any kid from Birmingham, regardless of skill level or experience.

From the Sauga to Birmingham, his father’s lessons in life and the trail his soccer family paved allowed Ryan to find himself and be confident on and off the pitch.

For Ryan, Football Rhythm is that bridge connecting him from his early playing days back home in Canada to the city he now calls home in Alabama. The organization’s colors incorporate both the Jamaican and Canadian national flags, paying homage to his birth nation and his cultural upbringing.

By giving back to his Birmingham community through Football Rhythm, Ryan honors his Canadian family ties responsible for his career. Those same ties enable him to bring so much joy to the kids who come to watch him play at BBVA Field for Legion FC.

“Sometimes I see the little kids I’m coaching in futsal and I saw a little girl and she was a ball girl and she threw me the ball and I give her a high five and you see her smile and it lights up her face.”

The city of Birmingham has more to smile about too, now with Ryan James leading a soccer renaissance in the Deep South. 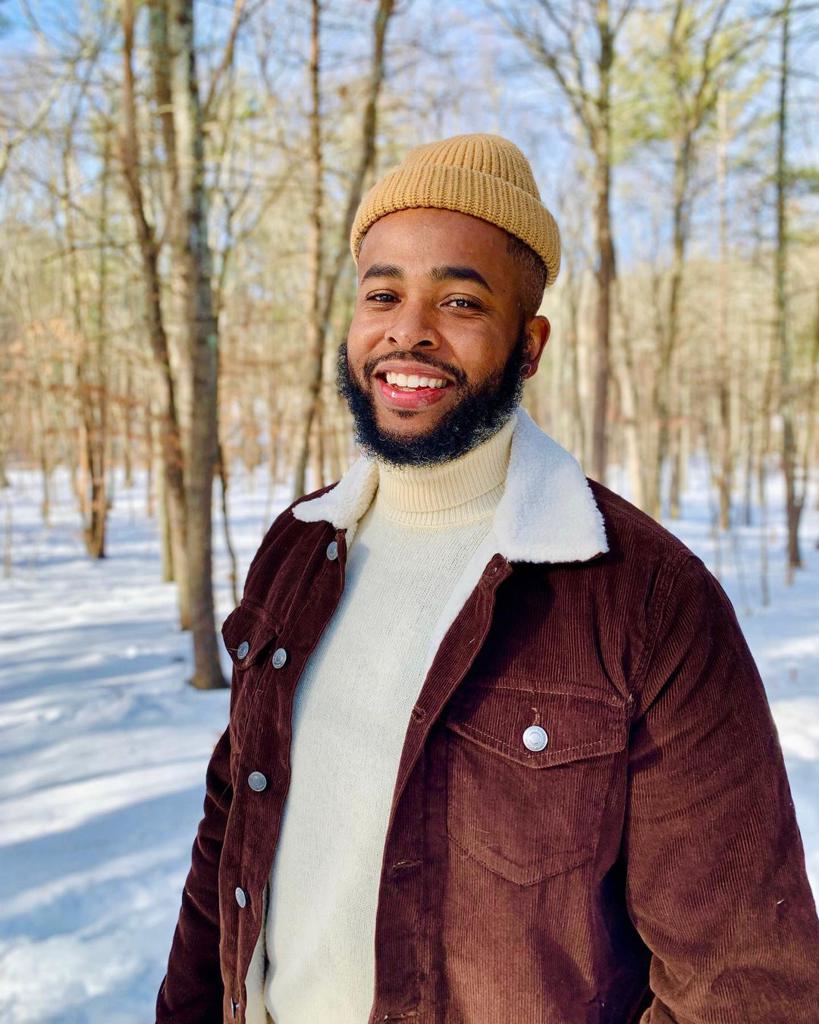 Powered by the USL Black Players Alliance to highlight the intersection of soccer and black culture within the Championship and League One, the United Soccer League has partnered with Black Arrow for a first-of-its-kind partnership that brings all three groups together to create projects that amplify the stories of black players on and off the field, and bring to light the contributions they are making to both the game and their local communities. The partnership is also geared toward the interest of Black soccer fans, inviting them to engage in the USL Championship and League One with human interest and culture stories along the way.

The Black Players Alliance is dedicated to creating a consistent dialogue with clubs and the league itself in order to foster diverse environments centered around minority inclusion and empowerment.