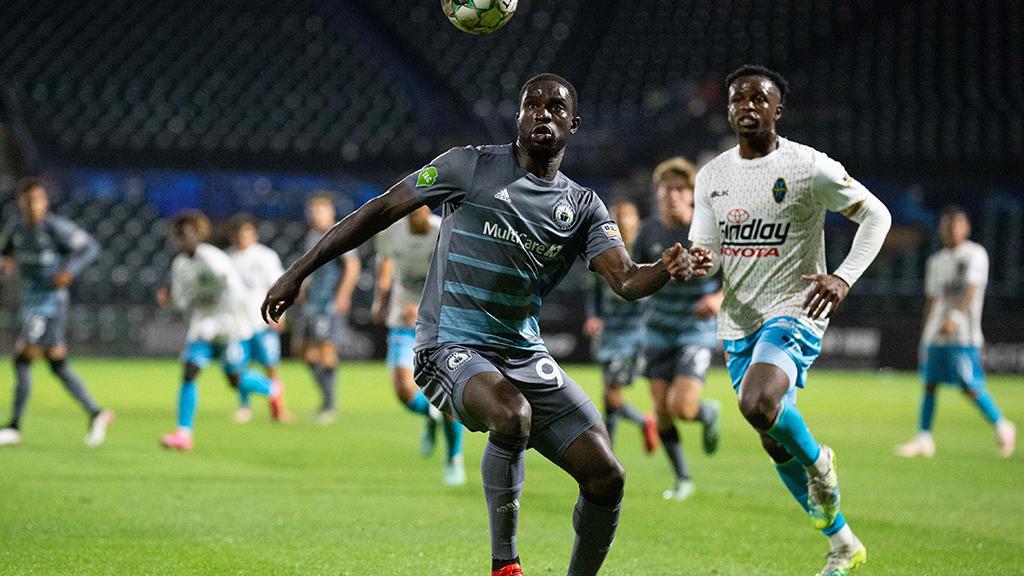 TACOMA, Wash. – Tacoma Defiance plays host to Las Vegas Lights FC on Wednesday night at Cheney Stadium looking to build on a victory last time out that could have kick-started it bid to reach the USL Championship Playoffs as it faces a Lights FC side that is looking for its first victory since July. Kickoff is scheduled for 10 p.m. ET.

@TacDefiance (9-12-6, 33pts) took a 4-1 victory against Orange County SC at Cheney Stadium on Saturday night as Samuel Adeniran recorded a hat trick in the second half to lead the side to victory. Tacoma goalkeeper Christian Herrera also played a key role in the result as he posted seven first-half saves to keep the game scoreless, with both performances earning Adeniran and Herrera a place in the USL Championship’s Team of the Week on Tuesday and Adeniran his first Player of the Week honors. Tacoma’s win moved the side within two points of the LA Galaxy II in fourth place in the Pacific Division with five games to go for each club. The Defiance will play three of the next four at home, including key games against Oakland Roots SC (Oct. 20) and the Galaxy II (Oct. 24) that could determine their playoff fate down the stretch, but that also makes victory against last-placed Lights FC essential as well.

@LVLightsFC (5-20-3, 18pts) was unable to find a breakthrough last Friday night as it fell 1-0 to the LA Galaxy II at Cashman Field to continue its long winless run. Las Vegas created a good number of chances but was unable to find a way past Los Dos goalkeeper Justin vom Steeg to earn a result. The game marked the first time Lights FC had been held scoreless in four games as the side continues to feature some bright attacking players, including Danny Trejo, who scored his first two professional goals in the prior two outings. Lights FC could see both Tony Leone and Christian Torres return to the line up as well on Wednesday after the pair was called up to compete for the Mexico U-20 National Team in Europe in exhibitions against England and France in the past week, while goalkeeper Alex Rando will try to continue his bid to set one of the all-time highs in saves in a season as he enters the contest with a league-leading 106 stops.