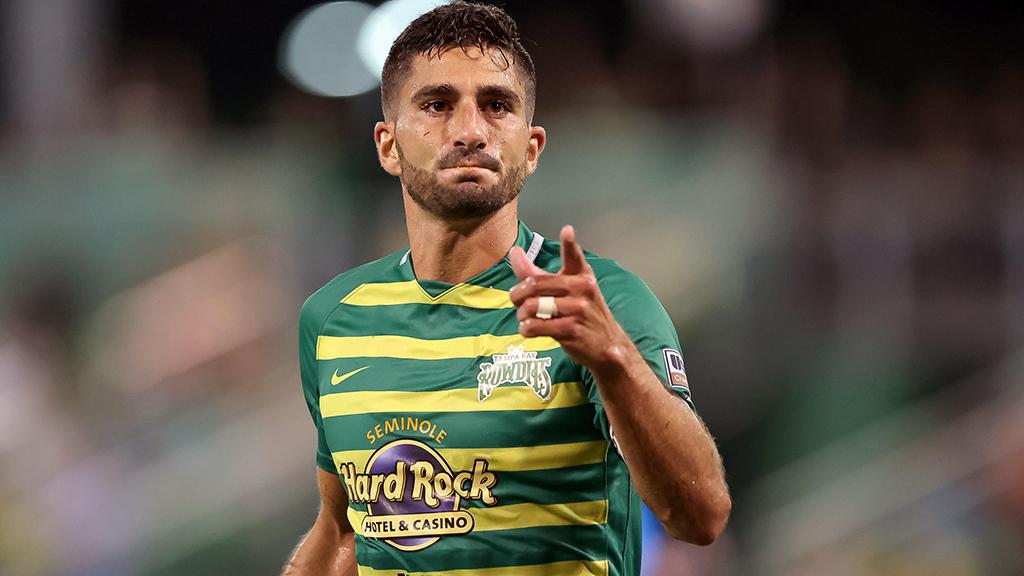 Tampa Bay Rowdies captain Sebastian Guenzatti has scored nine goals in his past five games as the side heads for a big game at Pittsburgh Riverhounds SC on Sunday evening. | Photo courtesy Matt May / Tampa Bay Rowdies

There’s much that could get decided in the USL Championship’s Eastern Conference this weekend, including a division title in the Atlantic and the potential for additional playoff berths to be clinched. Here are five storylines we’re looking at over the next two days of action.

The run of success the Tampa Bay Rowdies and captain are currently on – for the team, nine victories in a row, for Guenzatti, nine goals in the past five outings – is unprecedented in the club’s modern history. It has brought the side to not only a club single-season points record of 61 after Thursday night’s 4-2 victory against the Charleston Battery at Al Lang Stadium but moved the side within a win of claiming the Atlantic Division.

To do that at the first attempt, however, the Rowdies and Guenzatti are going to have to do something they’ve not done previously; take victory against Pittsburgh Riverhounds SC at Highmark Stadium. The top-three matchup on Sunday evening is one of the weekend’s marquee games, but while Tampa Bay has shown marked improvement in its road form under Head Coach Neill Collins, the Hounds’ home has been one they’ve yet to take victory at. It’s also been a fruitless hunting ground for Guenzatti, too, with the standout striker having yet to score in four games at Highmark in his career.

For a team like this Rowdies side, that could provide added motivation. With the team still in control of its path to the best record in the Championship ahead of Phoenix Rising FC – which has already clinched the Pacific Division – finding that breakthrough would continue a historic run for both the club and the player.

“The top of the Atlantic would be a fantastic achievement because it’s been such a strong division," said Collins on Thursday night. "It’s been nip-tuck all the way and that would be nice for the players I think to win the Atlantic Division against top opposition. It’s not necessarily our next objective because our next objective is to perform well on Sunday. If we do that, we give ourselves a good chance at achieving that goal.”

Having scored four hat tricks in his career in the Championship, Dane Kelly moved within what could be reasonably expected to be striking distance of becoming the first player in league history to record 100 regular season goals last Sunday night as he notched his second tally in as many games in the Charlotte Independence’s 5-1 win against Loudoun United FC.

Now at 97 goals, Kelly and the Independence play host to the New York Red Bulls II on Saturday night at American Legion Memorial Stadium for the Jamaican’s first crack at running down the landmark. What odds he does it? Well, it certainly shouldn’t be out of the question. The Red Bulls II aren’t one of the four teams that Kelly has scored a hat trick against previously in his career, but his scoring record against New York is good with five goals in seven contests while averaging a goal every 100 minutes.

With the Independence looking to put themselves at least on the verge of a postseason spot – if not officially into the playoff field pending the result of Sunday’s game between the Charleston Battery and Hartford Athletic – Kelly could take center stage among the talented squad now vying for silverware at the end of the season.

TULSA COULD RISE TO OCCASION AGAINST EL PASO 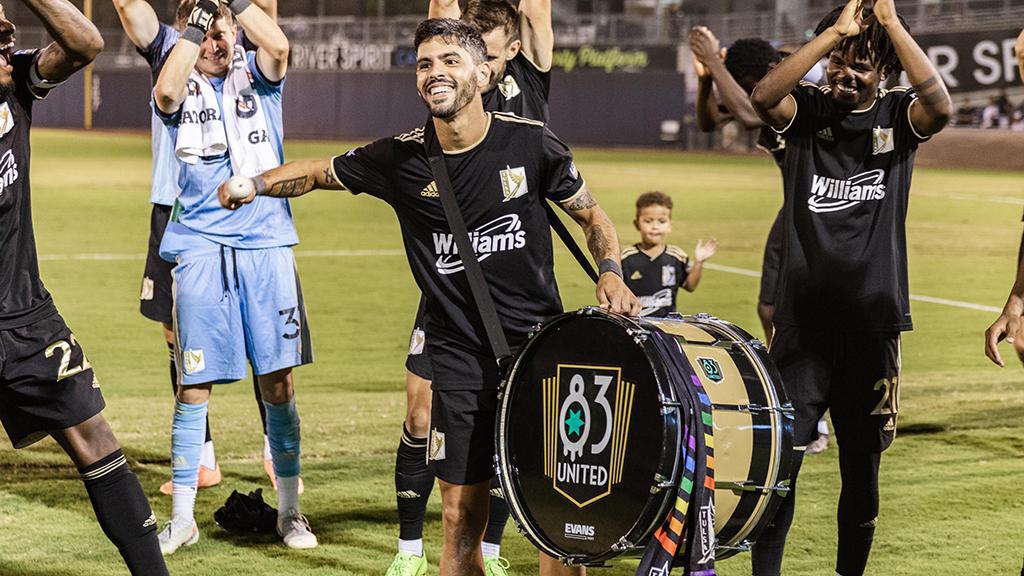 There have been some big wins to celebrate for FC Tulsa this season, and the club will be hoping for another big performance as El Paso Locomotive FC visits on Saturday night. | Photo courtesy FC Tulsa

If there’s been one thing that’s been difficult to figure out about FC Tulsa this season, it has been the club’s ability to compete with the best teams in the Central Division much of the time, but falter against the teams that are now on the outside of the playoff picture and below them in the standings. How else can you explain that one-third of the club’s 12 victories this regular season have come against first-placed Louisville City FC (2-2-0) and second-placed Birmingham Legion FC (2-1-1) while the side has recorded only one win apiece against Atlanta United 2, OKC Energy FC and Memphis 901 FC in three meetings?

It’s a puzzle, but one that could be a good omen for Tulsa as it prepares to take on another of the Championship’s top squads on Saturday night when the Mountain Division leading El Paso Locomotive FC come to ONEOK Field for an interconference meeting that should be highly intriguing. With Tulsa looking to rebound from a performance that saw all of its underlying numbers rate highly, only for a series of bad breaks to end up with Memphis taking a 3-0 victory, it will be fascinating to see if Head Coach Michael Nsien’s side can rise to the challenge of facing a Locomotive FC that has suffered the fewest defeats of any team this season in the league, but will also be coming in off Wednesday’s epic 3-3 draw with San Antonio FC.

It’s fair to say Kyle Murphy’s season at San Antonio FC didn’t work out the way anyone intended. Making the move from Rio Grande Valley FC in 2018, the striker’s third season saw him record only one goal in 16 appearances and six starts as SAFC narrowly missed out on the USL Championship Playoffs by three points.

Now in his sixth season, Murphy will return to Toyota Field on Sunday night for the first time since that campaign with a Memphis 901 FC side that he’s become the focal point for in a remarkable season. With 17 goals this campaign – good for third in the league – the 28-year-old has become the leading scorer in 901 FC’s short history and has passed 40 regular-season goals for his career. With 901 FC looking to continue its drive toward a first postseason berth, and San Antonio trying to hold onto a top-two place in the Mountain Division, the matchup between Murphy and his former club should be one to watch as the weekend wraps up.

When you think about the players that have driven Birmingham Legion FC to success the past two seasons, a few names might come to mind, led by leading scorer Neco Brett, stalwart center back Alex Crognale or dynamic midfielder Anderson Asiedu to name three. One that should have your attention, though, is defender Jonathan Dean, whose consistency has been central to the way the side has created a strong balance of attack and defense to put it in contention for the Central Division title this campaign.

Dean sits second on the team with 2,340 minutes of action this season, having played 26 of the side’s 27 games this season. He’s tied for the team-high with four assists and leads the club with 37 chances created, but it’s his underlying numbers that really stand out. Across the six categories used by American Soccer Analysis in its Goals Added metric, Dean is a plus-player in each of them, putting him second on the team with a +5.36 rating behind only Jamaican international Junior Flemmings. The 24-year-old Georgia native has been consistently good, and will be a key player not only on Sunday evening as Legion FC looks to continue its drive to claim a division title against Indy Eleven at BBVA Field, but when the postseason arrives as well.