Interdivision matchup provides opportunity for both Bold FC, Defiance to jump back into playoff positions 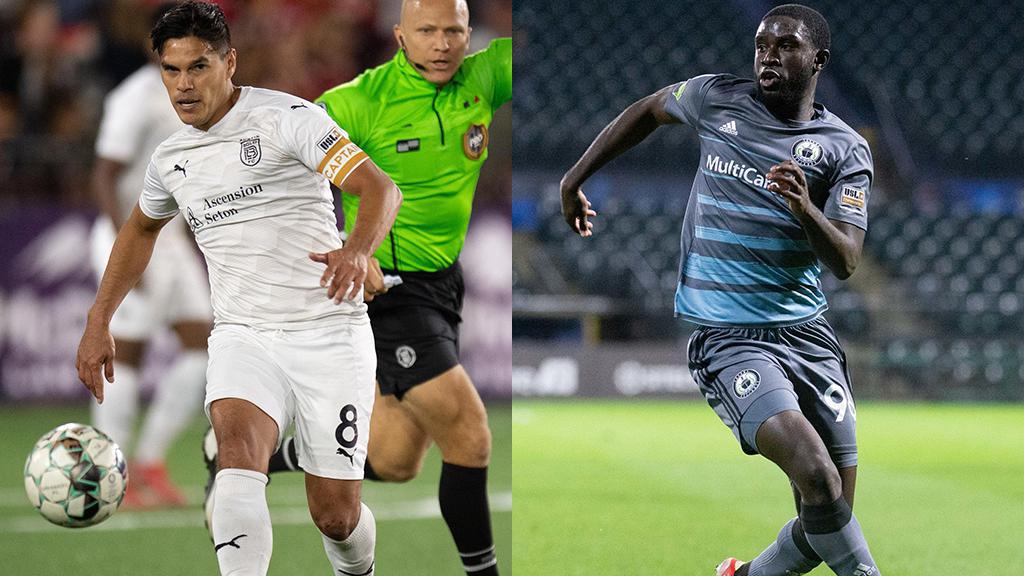 Austin Bold FC's Xavi Baez and Tacoma Defiance's Samuel Adeniran could each have key roles to play as their sides square off in an interdivision matchup on Wednesday night at Bold Stadium.

AUSTIN, Texas – Austin Bold FC squares off with Tacoma Defiance on Wednesday night for a key interdivision matchup in which both sides have the opportunity to move back into the playoff positions and retain control of their path to the playoffs in the Mountain and Pacific Divisions of the USL Championship respectively.  Kickoff is scheduled for 9 p.m. ET.

@AustinBoldFC (9-7-9, 36pts) took its first loss under new Head Coach Ryan Thompson in its last outing on September 25, a 3-1 defeat to Colorado Springs Switchbacks FC at Weidner Field. The side was off last week as both New Mexico United and Rio Grande Valley FC moved ahead of Bold FC in the Mountain Division standings, but Austin remains in control of its path with a game in hand on New Mexico and two on the Toros while only sitting a point back of both clubs. Austin has been good at home under Thompson, going 2-0-1 in its games at Bold Stadium since the start of September. That included a late 2-2 draw against Mountain Division leader that saw Sonny Guadarrama score a late equalizer for the hosts in his return to action for the side. Austin will be hoping for another three points to keep the pressure on New Mexico and the Toros to respond, with United also in action on Wednesday at home to Hartford Athletic.

@TacDefiance (8-11-6, 30pts) dropped to seventh place in the Pacific Division after suffering a 3-1 defeat to Sacramento Republic FC on Saturday night at Heart Health Park. The loss was the sixth in a row for the Defiance, who were at one point in a position to potentially pass San Diego Loyal SC and Orange County SC for second place after defeating Las Vegas Lights FC on September 2, which stands as the club’s last victory. Alex Villanueva produced an outstanding goal for Tacoma in Sacramento and the squad will be hoping for a turnaround as it heads to Austin for only the second time after earning a 1-1 draw on June 15, 2019 in the prior meeting between the teams at Bold Stadium. With a two-point gap to make up on the LA Galaxy II in fourth place going into the night, a win with its game in hand on the teams above it in the standings could push Tacoma back into fourth spot by the end of the night.