Independence aim at strong close to busy run; Rowdies have opportunity for best record in league 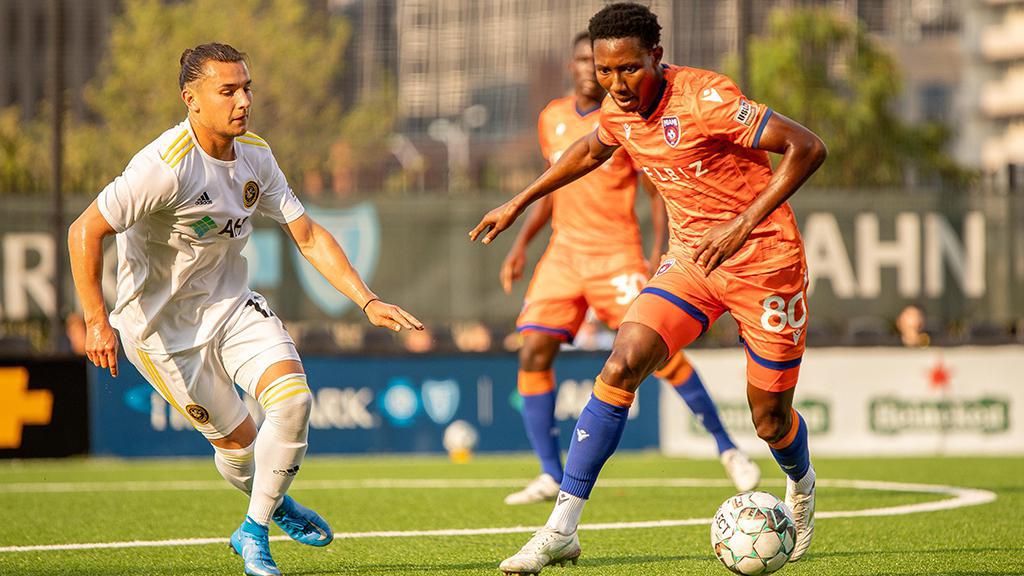 After a busy set of midweek action, this weekend in the USL Championship’s Eastern Conference brings some high-profile matchups that will continue to shape the playoff races in both the Atlantic and Central Divisions. Here are five things to watch for as the weekend unfolds.

There have been few teams better this season at maintaining an advantage when scoring first than Pittsburgh Riverhounds SC, with the side sitting on a 12-1-3 record when it has notched the opening goal of the game. Two of the instances where the side hasn’t claimed victory, however, have come against its opponent on Saturday night as the Hounds visit Miami FC at FIU Stadium in what could be a pivotal clash between the sides.

Miami sits in third place, three points behind the Hounds with a game in hand, in part thanks to a pair of comeback performances at Highmark Stadium. On June 12, Pittsburgh took an early lead through Russell Cicerone only for former Hound Christiano Francois to earn the visitors a 1-1 draw. Then in more dramatic fashion on August 11, the Hounds were two goals to the good early in the second half before Francois and Speedy Williams – who also has a tie to the Hounds, having played for the club’s former U23 side in USL League Two while competing at Robert Morris University – scored in back-to-back minutes. Williams capped the 3-2 win for the visitors with a late penalty kick in the lone defeat the Hounds have suffered after scoring first.

With second place up for grabs as the Charlotte Independence continue to make a move, the Hounds could really use a victory in South Florida to boost their chances of a home playoff game in the Eastern Conference Quarterfinals.

After the Charlotte Independence’s 2-1 win on Thursday night against Hartford Athletic – a victory that didn’t clinch a playoff place but gave the side a 12-point cushion on the fifth-placed Charleston Battery – the focus for Independence Head Coach Mike Jeffries is to ensure his side is ready for a quick turnaround to Sunday evening’s game against Loudoun United FC. While on paper the home game against the last-placed side in the Atlantic Division appears a simple one, the fact Charlotte will be playing its fifth game in 16 days means there could be some fatigue for the club’s players.

“I think right now the focus is on getting healthy, trying to recover as quickly as possible and getting ready for Loudoun on Sunday,” said Jeffries after his side’s win in Hartford. “That’s going to be the main focus so then after that we have a full week without a game to decompress a little bit and start looking at the bigger picture.”

The bigger picture is looking rosy for the Independence thanks to Dane Kelly’s late winner at Dillon Stadium, with the potential the side could challenge Pittsburgh Riverhounds SC and Miami FC and make it a three-way battle for second place in the Atlantic Division. Victory against Loudoun – which itself played to a 3-3 draw against the New York Red Bulls II on Thursday night – would be another big step toward that goal. 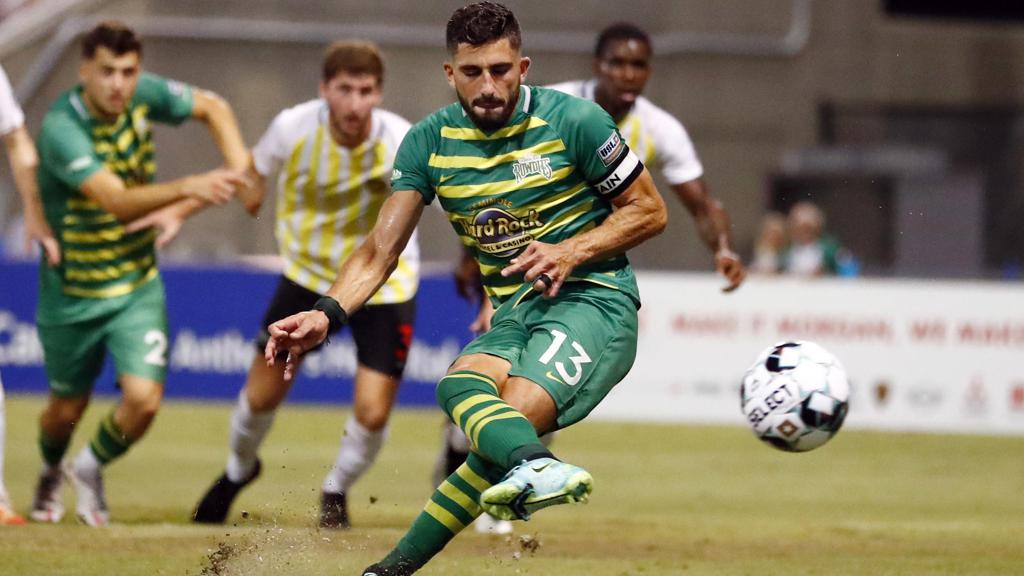 While the primary focus for the Tampa Bay Rowdies on Saturday night will be to secure its place in the 2021 USL Championship Playoffs as it visits the Charleston Battery at Patriots Point, the midweek defeat of Phoenix Rising FC by the LA Galaxy II in the Western Conference also widened the opportunity for the Rowdies to claim the best record in the Championship at the end of the season, and the potential advantages that brings in the postseason.

“When you look at targets about where we want to take the Tampa Bay Rowdies to, I think home field advantage is one of the objectives," said Rowdies Head Coach Neill Collins. "But it's not just to have home field advantage, but to be the first seed across the whole league. That’s a huge feather in our cap and one that we’re working towards. Any team that plays at home plays at an advantage, using your home fans and your home field, but it’s certainly nothing more than an advantage.

“It’s not a clear road through. We were able to go on the road and win in the playoffs last year. I’m sure teams will feel the same. But first thing’s first, we just want to keep adding those points up to be in the playoffs and try and get that first spot in our own division.”

The Rowdies could take a lesson from Phoenix’s loss, as they face a similar potential matchup in the Battery. Now 12 points out of the playoff places with eight games to go, Charleston is going to be going all-out for victory as Los Dos did on Wednesday to move into prime position in the playoff race in the Pacific Division. That could provide a strong test for Tampa Bay as it seeks an eighth consecutive win of its own.

Memphis 901 FC begins October sitting in fifth position in the USL Championship’s Central Division, but with its games in hand over its rivals for the fourth and final playoff post the side currently sits in the driver’s seat when it comes to its playoff destiny. As the side heads to visit FC Tulsa on Saturday night, though, that could prove a double-edged sword as while 901 FC has the potential to make its first trip to the postseason, a condensed schedule that sees the side play eight games in the final 29 games of the season is going to be an arduous task.

Head Coach Ben Pirmann’s side won’t have good memories of its last trip to ONEOK Field, either. In a late flurry of goals, 901 FC appeared to have grabbed a point as Kyle Murphy – who else? – scored an 87th-minute equalizer, only for Tulsa’s Marlon to grab all three points in stoppage time for the hosts in a 2-1 win. The biggest key for Memphis in its return trip to the Oil Capital of the World may be getting on the scoresheet first; 901 FC has not lost yet this season when it has notched the opening goal, going 7-0-2 in those contests. With a chance at club history, how Memphis starts in the final quarter of its season may determine how that campaign ends.

Overall, there’s been very little wrong with Louisville City FC’s attack this season. It’s 49 goals measure up to the 49.70xG mark the club sits at according to American Soccer Analysis, showing the side is at least meeting the expectations it should have over the course of the season.

But on a game-by-game basis, there has been a bit more boom and bust than the side would have liked this year, and that’s now starting to turn up the heat in the race for the Central Division title with Birmingham Legion FC only two points behind with six games to go. It was apparent again on Wednesday night in a 1-1 draw against Atlanta United 2 in which LouCity dominated the second half and ended the night with 15 Chances Created and two Big Chances Created according to Opta and a 2.30xG mark according to American Soccer Analysis but came away with only a point.

“I felt like we created enough chances,” said LouCity interim Head Coach Danny Cruz. “We weren't good enough in the final third – that's for sure – but we also conceded a lot of chances in transition. I spoke to the players about obviously wanting to manage the game better.”

Louisville did complete its five-game road trip undefeated and now heads home on Sunday for a marquee game against another side that has had its ups and downs in front of goal this season in New Mexico United. With the pressure on, the hosts will be looking for more sharpness in the final third at Lynn Family Stadium.