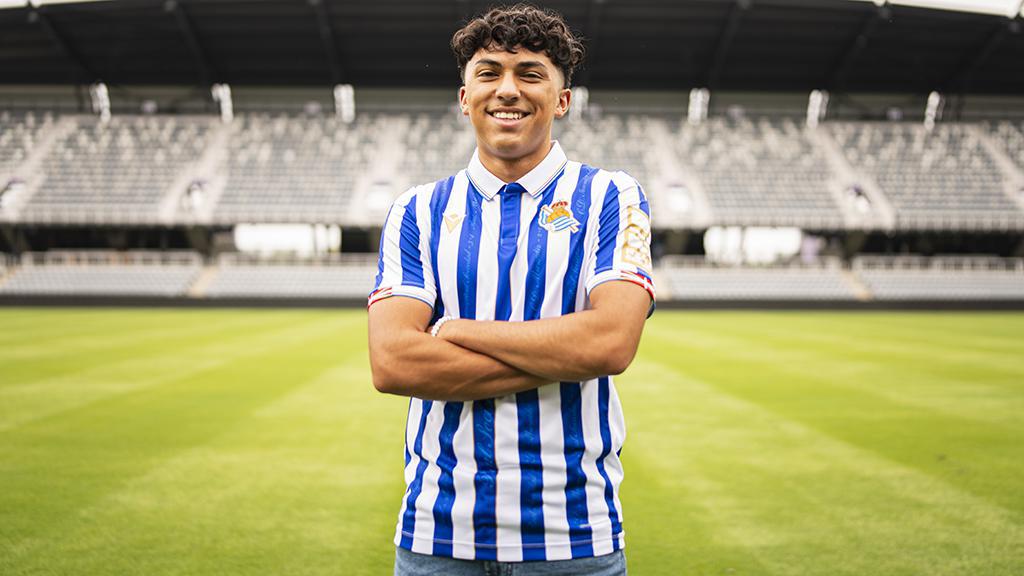 Louisville City FC's Jonathan Gomez will join La Liga's Real Sociedad at the completion of the 2021 USL Championship season, making the move to top-flight European soccer after a standout two seasons with the USL Championship side. | Photo courtesy Connor

LOUISVILLE, Ky. – Louisville City FC announced on Thursday it had reached an agreement on a historic transfer with Real Sociedad that will see defender Jonathan Gomez join the La Liga club following the 2021 USL Championship season.

Gomez became newly eligible to obtain the proper work visa Sept. 1 — his 18th birthday — and realize a dream of playing on a world stage. The outside back has signed to join an organization that has twice won the La Liga title; four of the last eight years participated in either the UEFA Champions League or Europa League; and in the 2019-2020 season won the Copa del Rey, Spanish football’s annual knockout tournament.

Terms of the agreement were not disclosed, with Gomez poised to become the first-ever LouCity player to complete the move to a higher-division European side once the transfer window opens in January.

“I’m honored to take this next step in my career,” Gomez said. “I visited a few other clubs, and Real Sociedad stood out when I was able to see the training grounds and stadium as well as meet the staff. I think my game — my technical, tactical and physical abilities — fits well into their system.

“Obviously, Louisville City FC has played a big part in my development these past two years. I’m 100% concentrated on trying to win a championship here before turning my focus to Spain.”

A rising star, Gomez will remain with LouCity for its final six regular-season games and the USL Championship Playoffs. He entered Wednesday night’s game at Atlanta United 2 with two goals and seven assists on the year, including a run of four goal contributions in as many games from late June into July.

Gomez’s campaign has also included a stint training with Mexico’s national team as it finished runner-up in the Concacaf Nations League. The United States’ national team also named Gomez to its preliminary roster for the 2021 Concacaf Gold Cup. A Texas native, Gomez retains the option to represent the U.S. or Mexico over the long term.

“I have no doubt that this signing is a consequence of the work and collaboration that is being done between all sports institutions — clubs, U.S. Soccer — to improve training itineraries and competition venues,” said Real Sociedad’s director of football, Roberto Olabe.

“At Real Sociedad we want to welcome Jonathan Gómez, a young man who represents this transformation. After starting in Dallas, a powerful hub known for promoting young people with a strong soccer culture, he moved to Louisville, a club that demonstrates its identity by betting on competing ambitiously with young people like Jonathan.

“From us, la Real Sociedad, we want to thank Louisville for the exemplary disposition during the whole process of approach and negotiations. Louisville has demonstrated exemplary behavior from the ethical and professional point of view during the transfer of the player. In addition to a potential player, we have gained a partner for future sports and social relationships in the international arena.

“At la Real Sociedad we are glad that Jonathan has accepted the challenge of joining our club to finish his development process and start his career in Europe. We hope that he will become an important player in the future of the club, of which he, his family, his former clubs and our fans can feel proud of.”

Gomez signed with LouCity aged 16 years old in March of 2020. The boys in purple gained a defender with a high ceiling while Gomez benefitted from development on a competitive squad, working out of new facilities including Lynn Family Stadium and the Lynn Family Sports Vision & Training Center.

His contributions were limited as a rookie with the COVID-19 pandemic abbreviating the 2020 season. But Gomez has served as a fixture in LouCity’s starting lineup this year, known to push up in the attack and take a number of set pieces.

Gomez will follow in the footsteps of his older brother, Johan, who upon turning 18 signed with first division Portuguese side FC Porto and currently plays in Germany. The siblings both came up through the Major League Soccer franchise FC Dallas’ academy. 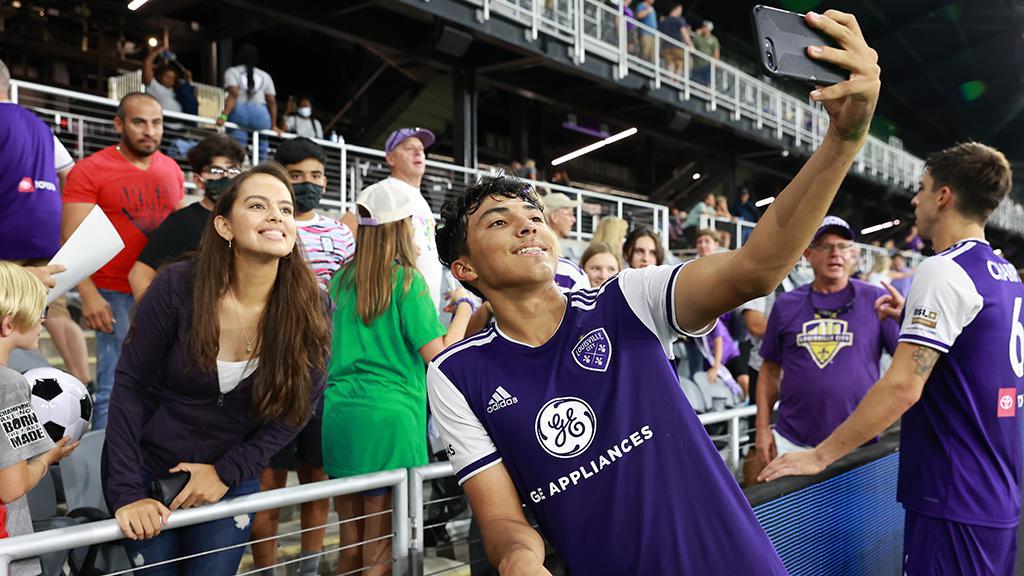 JoGo, as the younger sibling is often called, proved a concept by electing to turn professional with LouCity. He developed at an independent club and commanded a transfer fee, making him the latest emerging American star to head to Europe.

“When we set out on this journey with Jonathan and his family two years ago, we knew that a moment like today would come," said LouCity coach Danny Cruz. "I am extremely proud of this young man for a lot of different reasons. He is a humble, hardworking, talented soccer player who understands the importance of culture both on and off the field.

“I think it is important to recognize that there are a lot of people here at Louisville City FC that have played a key role in his development. JoGo came to Louisville and trusted in our plan. He trusted that we had only his best interests at heart. We believe that his experiences here have put him in a position to go to Real Sociedad and succeed.

“I will finish with this: Jonathan is a Louisville City player until the end of this season. I know there is nothing that he wants more than to be able to lift up a trophy with his brothers at the end of the year. I have no doubt that he will continue to play an important role for the remainder of the season as we continue to push for another USL Championship title."

While Real Sociedad’s 2021-2022 season will be well underway by the time Gomez arrives, he is expected to begin working immediately with Sociedad’s reserve squad.