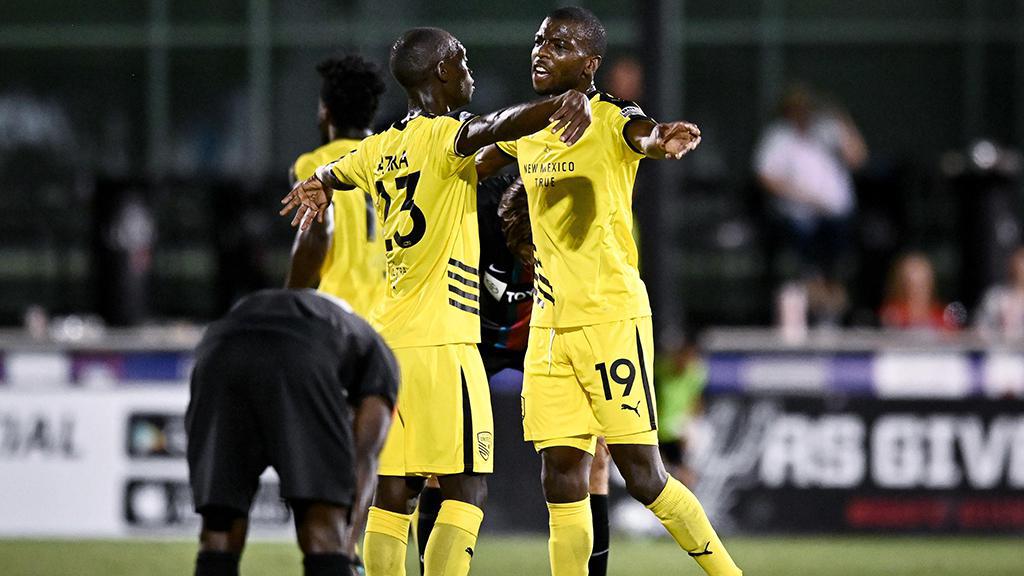 New Mexico United's 1-0 win on the road against San Antonio FC on Saturday night flipped the club's playoff prospects as it moved within two points of Austin Bold FC with a game in hand in the Mountain Division. | Photo courtesy Darren Abate / San Antonio

The first ticket to the Western Conference bracket of the 2021 USL Championship Playoffs was claimed on Saturday night, and there was plenty more to dig into over the course of the weekend’s action. Here are five things we took away from the conclusion to Week 23.

WEHAN COMES THROUGH FOR NEW MEXICO

When New Mexico United reacquired Chris Wehan earlier this season from Orange County SC, performances like Saturday night’s – when the standout attacking midfielder provided the only goal in a 1-0 road win against San Antonio FC – was the sort that the club was envisioning. Wehan’s second consecutive game-winner for the side after supplying a late winner against Real Monarchs SLC the weekend prior provided what could be a key result in the club’s drive to reach the USL Championship Playoffs for a third consecutive season.

“We needed that one,” New Mexico coach Troy Lesesne told the Albuquerque Journal’s Ken Sickenger. “If we want to reach the playoffs, we’ve got to win some games on the road and our guys know that. I thought we did a great job setting the tone early and really maintained our focus throughout the match.”

New Mexico showed the sort of incisiveness that Wehan and Amando Moreno provided for the winner consistently against San Antonio, with the goal coming on a beautifully weighted through-ball by the El Salvador international that set up Wehan’s first-time finish. While United recorded only 11 touches inside the San Antonio penalty area, eight of those were shots, a consistency the side will be looking to recreate in another massive contest on Wednesday night as it returns home to host Rio Grande Valley FC. After flipping its playoff odds from 38 percent a week ago to 56 percent now according to fivethirtyeight.com, a win against the Toros would keep New Mexico’s train rolling fast toward the postseason.

If there’s been a man for the moment over the past month for Phoenix Rising FC, it’s been Santi Moar. The Spanish forward notched his third game-winning goal in the past six games on Saturday night and the second that arrived in the 90th minute to send Rising FC to a 2-1 victory against Tacoma Rising FC at Cheney Stadium and book the club its place in the USL Championship Playoffs for a fifth consecutive season.

Moar’s six-game scoring streak continued with a moment reminiscent of the way it began against New Mexico United on August 28, when his low finish just inside the left post began Phoenix’s current run of form. Against the Defiance, he produced a powerful finish from the left side of the penalty area that found its way through a forest of players and caromed into the back of the net, setting off celebrations for the visitors and the traveling support as they maintained an edge on the Tampa Bay Rowdies for the best record in the league with seven games to go in the season.

That will be the next goal for Rising FC after booking its playoff place, with a visit to the LA Galaxy II up next on Wednesday night. Moar has scored in two of three meetings between the sides this season, and will look to run his own streak to seven in another important outing for the side. 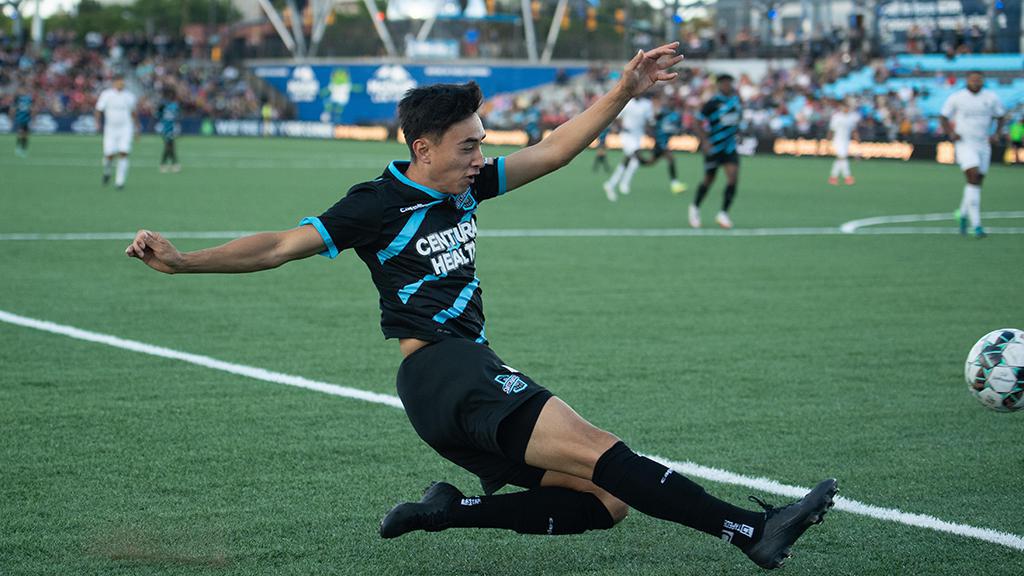 Colorado Springs Switchbacks FC was expecting a different challenge from an Austin Bold FC side that was undefeated in four games since its recent coaching change as it arrived back at Weidner Field on Saturday night, but in a hard-fought game the quality the hosts produced a 3-1 victory that delivered on the way the side has progressed over the course of the season.

The 24th goal of the season by Hadji Barry – putting him one off the Championship’s single-season record set by Louisville City FC’s Cameron Lancaster of 25 in the 2018 season – proved the winner as Head Coach Brendan Burke paid tribute to the work his side put in to defend its lead throughout the second half.

“Talent and mentality. If you have those two things you can beat anyone at any level,” said Burke. “It's all about the players, we give them a few ideas throughout the week but, Hadji [Barry] scored 24 goals now, is that right? There's not much you can say about that. That’s back to Cameron Lancaster and Louisville back when they were absolutely dominant, so to have a guy like that in that kind of form and also that humble and unselfish, his teammates have been really happy to be around a guy like that.

“But on the flip side they’ve also supported his run to this number, and our style of play is hard, it involves a ton of running on both sides of the ball. You watch a guy like [Zach] Zandi come in tonight – no-one will talk about him after this game and no one will give him team of the week, but he's a guy I trust implicitly, and we put him in, and he did so much dirty running and scrapping and just putting his body in places that made it difficult for them to find a flow. That is just as important as those 24 goals. There's a lot of guys doing work like that.”

San Diego Loyal SC rebounded from a midweek defeat on Saturday night with a 4-2 victory on the road against Las Vegas Lights FC, but Manager Landon Donovan was disappointed with the overall performance that he described as flat and hesitant in the first half. SD Loyal was lifted by a second-half display from Tumi Moshobane that saw him record two goals and one assist to reach a team-high 10 goals for the season.

“Thankfully Tumi did what Tumi does,” Donovan said. “We weren’t as good as we are but thankfully, we showed we could do better and that we had a guy that could change things for us. He likes to pressure teams when he’s like that he is a really good player. I am proud of him on how he has reacted to a difficult first part of the season.”

San Diego’s victory kept it three points ahead of Orange County SC coming out of the weekend after both sides took victory. Up next is a visit to the LA Galaxy II on Saturday night in another critical game to the club’s hopes of claiming a home playoff game.

Orange County SC needed to defend home turf on Saturday night as it hosted an Oakland Roots SC side that could have moved within a point of the hosts with a win at Championship Soccer Stadium. Thanks to a pair of well-executed set pieces at the end of each half that produced goals from Michael Orozco and Mikko Kuningas, OCSC got the win it needed to alleviate some pressure in the playoff race and still keep itself in contention for a top-two finish at the end of the season.

“We're happy with Michael and Mikko's goals both coming from set plays,” said OCSC interim Head Coach Richard Chaplow. “It shows the importance of that, which is something we emphasize in practice, multiple times a week. And again, we see the importance of that in such a tight game. Stand up performance, I think that you know everybody put a shift in I don't think there was anybody that stood out massively I think Ugo [Okoli] put in a great shift for us, a big performance from him, he wasn't able to get his goal, but that will come for him for sure.”

Orange County has produced 12 chances from set pieces in its past six games, one-third of the club’s total of 36 overall this season in one-quarter of its games. With a player like Brian Iloski – who last season ranked in the Top 10 in the league in chances created from set pieces – on hand to deliver more consistently from dead ball situations, OCSC could have more to come if afforded the chance to capitalize around opposing penalty area.