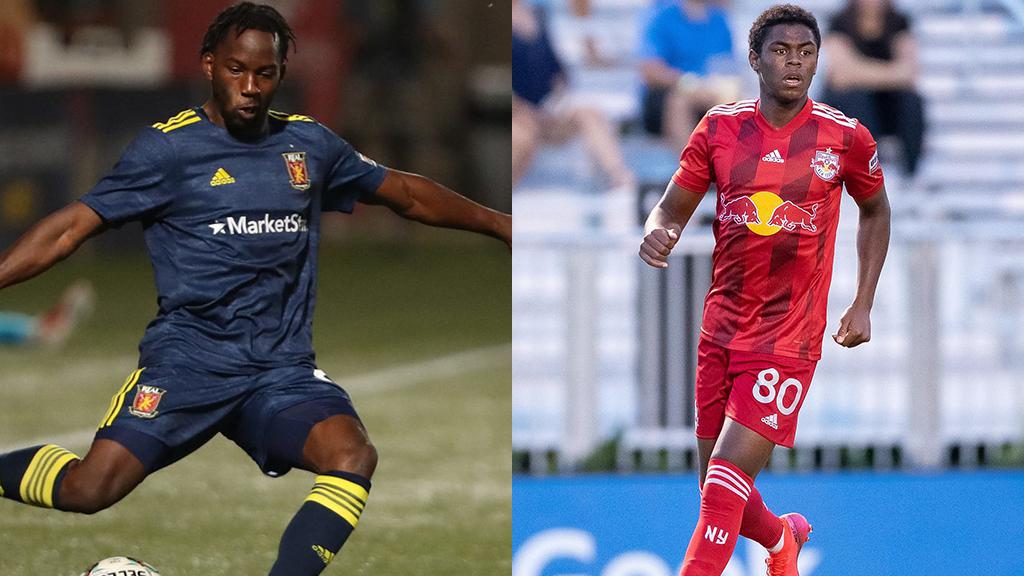 Real Monarchs SLC's Malik Johnson and the New York Red Bulls II's Serge Ngoma could both be attacking threats for their sides as they meet for the first time on Sunday night at Zions Bank Stadium.

HERRIMAN, Utah – Former USL Championship Final winners Real Monarchs SLC and the New York Red Bulls II will meet for the first time in their histories on Sunday night at Zions Bank Stadium with the Red Bulls II looking to build on an impressive midweek victory as the hosts try to end a recent winless run. Kickoff is scheduled for 9 p.m. ET.

@RealMonarchs (4-16-4, 16pts) returns home after falling 2-1 to New Mexico United last Saturday night at Isotopes Park. The result was the Monarchs’ sixth consecutive defeat and pushed the side closer to elimination from playoff contention with a 20-point gap to fourth-placed Austin Bold FC in the Mountain Division with only eight games remaining. Real’s Charlie Wehan scored for the side against New Mexico for his third goal of the campaign, while goalkeeper Jeff Dewsnup saved a penalty kick by United’s Devon Sandoval as part of a seven-save performance that continued the 17-year-old’s solid season. Dewsnup is now tied for 12th in the Championship with 51 saves this season in 15 appearances. The Monarchs will be looking for their first home win since July 23 against Las Vegas Lights FC on Sunday, with the side having gone 3-6-2 overall at home this season.

@NYRBII (5-16-4, 19pts) heads to Utah on the back of a 3-2 victory against the Charleston Battery on Wednesday night at Patriots Points. The win snapped a three-game losing streak for New York as early goals by Serge Ngoma and Jake LaCava sent the side into a two-goal lead before Jeremy Rafanello added a third early in the second half. LaCava’s goal moved him level with fellow forward Omar Sowe on six goals this season, while Rafanello has now recorded five goals and six assists in a solid individual campaign after joining the Red Bulls II from Indy Eleven last offseason. New York has recorded three wins away from home this season, more than at MSU Soccer Park, where it has registered two, but is also nearing elimination from playoff contention as it sits 21 points out of the top four in the Atlantic Division with seven games remaining.