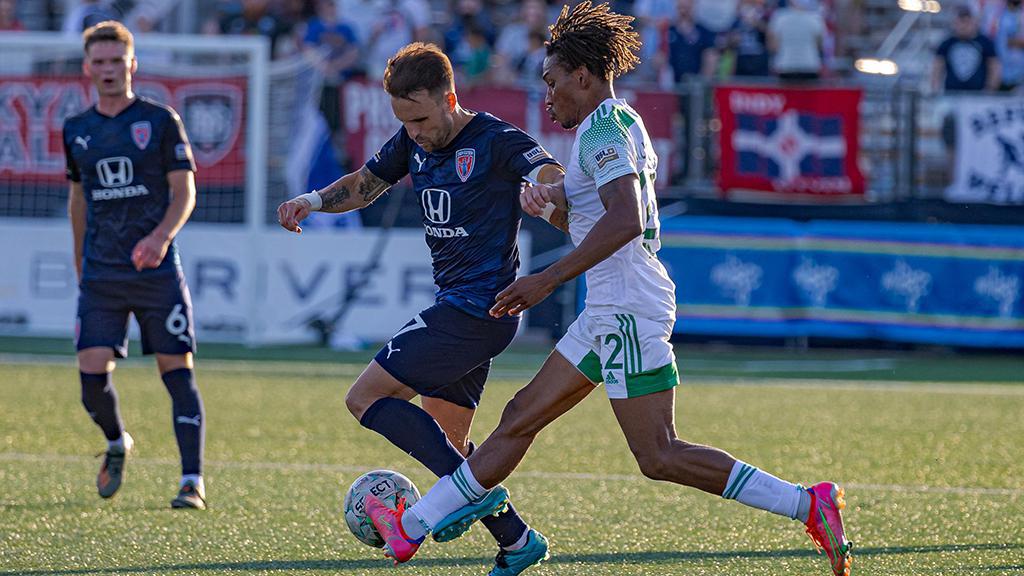 OKLAHOMA CITY – OKC Energy FC and Indy Eleven will meet on Sunday evening at Taft Stadium for the first of two consecutive meetings between the sides that conclude on Wednesday night that will likely prove critical to the postseason chances for both clubs in the USL Championship’s Central Division. Kickoff is scheduled for 6 p.m. ET.

@EnergyFC (7-8-10, 31pts) played to a 1-1 draw with Birmingham Legion FC in its last outing as Villyan Bijev scored his 11th goal of the season at BBVA Field before the hosts leveled in the second half. The draw was Energy FC’s league-leading 10th of the season, which has helped the side remain in the race for the playoffs in the Central Division but has also put OKC under pressure with seven games to go in the campaign from Memphis 901 FC, which after its 1-0 win against Indy on Wednesday night moved level on points with Energy FC while holding two games in hand. Energy FC has received stellar production from Bijev this season as the playmaking forward has also recorded four assists to go with his 11 goals, thus playing a direct role in 57.7 percent of OKC’s 26 goals this season, but he hasn’t received much support in the final third with only three other players having recorded two goals apiece in support. Finding a way to spark the side’s attack will be crucial against an Indy side OKC has yet to defeat in two prior meetings this season, both at Indy’s Michael A. Carroll Stadium.

@IndyEleven (8-12-5, 29pts) faces a similar must-win predicament as it arrives in Oklahoma City after a 1-0 defeat to Memphis on Wednesday at AutoZone Park. The Boys in Blue got out to a bright start with four shots in the opening 10 minutes of the game but were then held to only one shot the remainder of the way, including none in the second half as 901 FC’s defense closed out the game to move past Indy in the standings. Also sitting with seven games remaining, Indy made three moves in recent days to try and bolster the side with 2020 All-League selection Kevin Partita joining the midfield and former Phoenix Rising FC defender Tobi Adewole added to the back line. Indy has also signed 2018 Championship MVP Emmanuel Ledesma, but he is not expected to be available for selection until next week. Sitting two points behind Energy FC entering Sunday’s game, Indy would jump past its postseason rival with a victory ahead of their rematch on Wednesday, a product of the postponed contest between the sides at Taft Stadium on July 10.