Republic FC, Los Dos renew rivalry with both sides looking to build on victory last time out in playoff drive 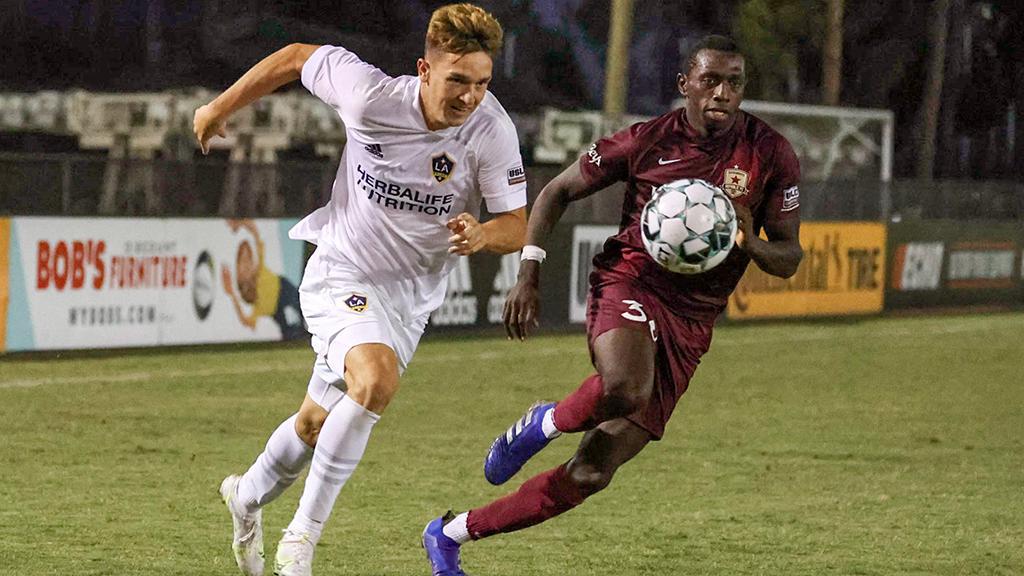 Sacramento Republic FC and the LA Galaxy II played to a thrilling 3-3 draw in their most recent meeting as they square off on Sunday in a key game in the Pacific Division playoff race. | Photo courtesy LA Galaxy II

SACRAMENTO, Calif. – Sacramento Republic FC and the LA Galaxy II will renew their rivalry on Sunday afternoon at Heart Health Park in a key game in the playoff battle in the USL Championship’s Pacific Division that sees both teams coming off victories last time out to boost their postseason aspirations. Kickoff is scheduled for 5 p.m. ET.

@SacRepublicFC (7-9-8, 29pts) took a late 1-0 victory against the Tacoma Defiance on Wednesday night as Dariusz Formella provided the winner to move Sacramento within a point of the playoff positions. The goal was Formella’s fifth against Tacoma in five career appearances against the side, the most the Polish forward has scored against an individual club since joining Sacramento. Republic FC will now look for back-to-back victories for just the second time this season after the side claimed wins in its opening two games of the season as it hosts a Galaxy II side for the 22nd time in the regular season. Republic FC holds a 10-5-6 edge in the all-time series after taking a win and a draw from their first two meetings this season at Dignity Health Sports Park, but the all-time series has proven more competitive overall in Sacramento with the sides knotted 3-3-3 at Heart Health Park in the regular season since first meeting in 2014.

The @LAGalaxyII (7-11-5, 26pts) are also coming off a 1-0 victory after edging past Oakland Roots SC last Saturday night at Laney Stadium thanks to a second-half penalty kick by Taylor Davila. Los Dos’ win ended a three-game winless streak as Jonathan Perez stood out for the visitors, but the team has yet to win back-to-back games this season to place it four points out of the playoff positions with nine games to go in its regular season. Jorge Hernandez has been a key player for Los Dos this season with nine goals and four assists, but the player to watch on Sunday could be forward Preston Judd, who leads the team with 11 goals and scored twice when the teams last met on September 1 in a 3-3 draw at Dignity Health Sports Park that saw Los Dos rally from an early two-goal deficit before Cameron Iwasa leveled from the penalty spot late for the visitors to earn Sacramento a point. With a game in hand on both Sacramento and current fourth-placed side Oakland Roots SC, Los Dos still has a path to the postseason, but Sunday’s game could be a must-win toward those aims.