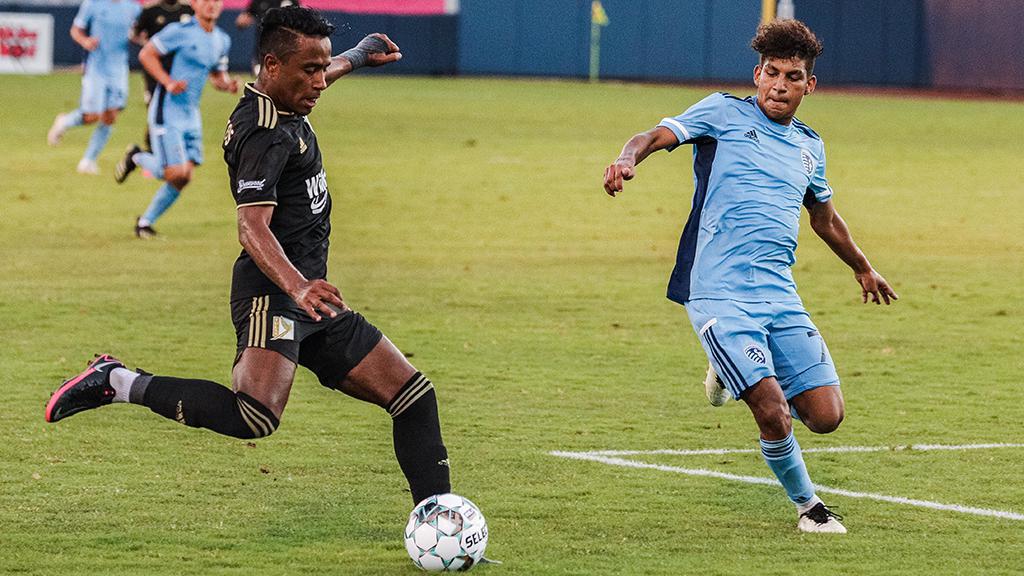 FC Tulsa has claimed two victories to Sporting Kansas City II's one as they meet for the final time this regular season on Friday night at Children's Mercy Park. | Photo courtesy FC Tulsa

KANSAS CITY, Kan. – Sporting Kansas City II plays host to FC Tulsa at Children’s Mercy Park on Friday night as the visitors arrive looking to rebound from their last outing and keep pace with Birmingham Legion FC in the USL Championship’s Central Division in the race for a home playoff game in the postseason. Kickoff is scheduled for 8 p.m. ET.

@SportingKCII (4-14-7, 19pts) returns to action on Friday night for the first time since a 1-0 defeat to Indy Eleven on September 11 at Michael A. Carroll Stadium. SKC II remains in eighth place in the Central Division and is now 12 points out of a playoff place with seven games to go in the season, making a postseason trip unlikely, but the side could still have a role to play in the final quarter of the season as a spoiler to the playoff aspirations of others. SKC II claimed a 4-1 victory at Children’s Mercy Park when the sides met on June 2 as Grayson Barber recorded a goal and assist before Tulsa reversed the result with a 4-3 win on June 16 at ONEOK Field in their most recent meeting to take a 2-1-0 record head-to-head into the final meeting between the sides this season.

@FCTulsa (12-10-2, 38pts) suffered a 1-0 defeat to Austin Bold FC in its last outing on Saturday night at ONEOK Field as the hosts were only able to manage two shots on target against an obdurate Austin defense. The side now sits six points behind Birmingham for second place in the Central Division following Legion FC’s 4-0 win against Atlanta United 2 on Wednesday night as it enters the final quarter of its regular season and will be hoping for a sharper attacking display against Sporting. Lebo Moloto enters the game on both 29 goals and 29 assists in the Championship’s regular season for his career and would become the sixth player to reach the 30-30 club with a goal and assist against SKC II, joining recent arrival Antoine Hoppenot of Louisville City FC.