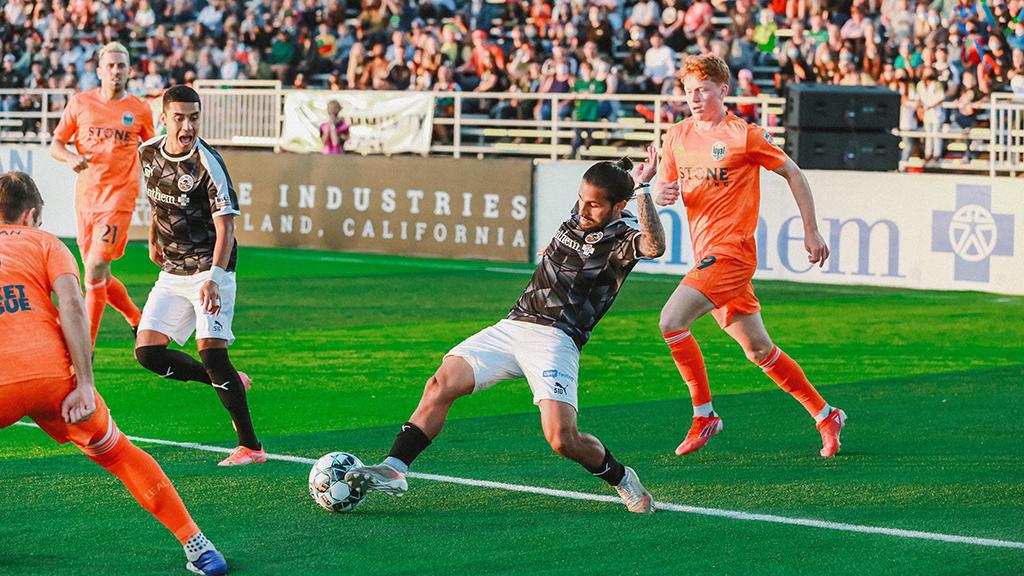 Oakland Roots SC and San Diego Loyal SC finished scoreless in their last encounter, but a win would prove big for either side as they square off again on Wednesday night. | Photo courtesy Oakland Roots SC

OAKLAND, Calif. – Oakland Roots SC plays host to San Diego Loyal SC at Las Positas College on Wednesday night for the second meeting between the teams this month, with Roots SC looking to rebound after defeat last time out against a San Diego side that can bolster its position in the top two of the USL Championship’s Pacific Division with a victory. Kickoff is scheduled for 10 p.m. ET.

@OaklandRootsSC (7-10-6, 27pts) fell 1-0 to the LA Galaxy II on Saturday night at Laney Stadium to bring an end to a six-game home undefeated streak as Taylor Davila’s penalty kick inside the final 20 minutes proved the difference for the visitors. Roots SC’s recent run of six wins in its last 10 outings has moved the side into fifth place in the Pacific Division, however, only three points back of fourth-placed Tacoma Defiance going into Wednesday night’s action. At the center of that form has been midfielder Wal Fall, who has recorded three goals and one assist over that span as 10 different players have found the net including five with at least two goals apiece. Oakland played to a 0-0 draw when it last hosted San Diego on September 11, and will be hoping to find its first breakthrough against the California side this season after a 1-0 defeat in its prior trip to Torero Stadium.

@SanDiegoLoyal (11-9-4, 37pts) earned a 1-0 win against Tacoma Defiance in its most recent outing on Sunday afternoon at Torero Stadium as Josh Yaro’s first goal for the club proved decisive. The victory moved SD Loyal into second place in the Pacific Division standings ahead of Orange County SC, and the visitors will be hoping to add another win to bolster their position with eight games to go in the regular season. San Diego is currently on a four-game undefeated streak, having taken three wins over that span with Augustine Williams and Corey Hertzog each having recorded multiple goals during the club’s run. The side remains 16 points back of Phoenix Rising FC for first place in the Pacific Division, but Rising FC’s fans will be hoping for a positive result for San Diego on Wednesday as should Oakland drop points it would result in Phoenix clinching its fifth consecutive trip to the USL Championship Playoffs.