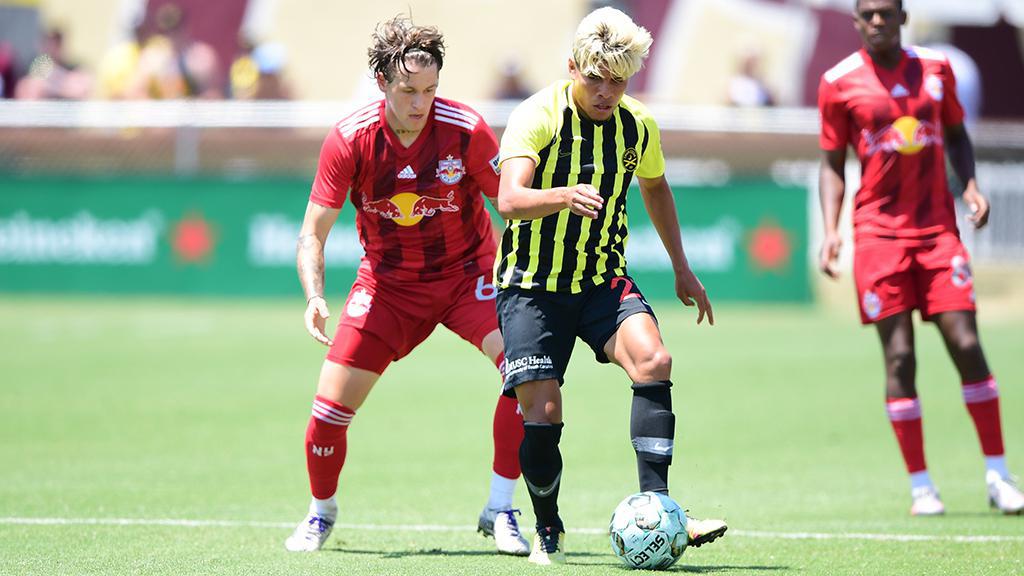 CHARLESTON, S.C. – The Charleston Battery play host to the New York Red Bulls II on Wednesday night at Patriots Points looking to close the gap in the playoff race in the USL Championship’s Atlantic Division after recording a pair of draws on the road in the past week of action. Kickoff is scheduled for 7 p.m. ET.

The @Chas_Battery (8-8-6, 30pts) earned a 1-1 draw against Miami FC on Saturday night as Patrick Hogan scored his first goal in the professional ranks in the first half, only for Miami to hit back after the break to leave Charleston without a win in its last four outings. That run of form has seen the Battery drop seven points behind Southern Derby rival the Charlotte Independence with only one game in hand for the fourth and final playoff place in the Atlantic Division, threatening the club’s run of reaching the USL Championship Playoffs in every season of the league’s history. The Battery did earn a 3-2 victory when they last faced the Red Bulls II this season on August 20 at MSU Soccer Park for the second win against New York in the all-time series between the sides as Geobel Perez notched a pair of assists among three first-half goals for the side. A repeat of that result will be required as the Battery look to make a run over their final 10 games of the regular season.

@NYRBII (4-15-4, 16pts) has suffered defeat in three consecutive games as it heads to Charleston after a 3-0 defeat to Memphis 901 FC on Sunday afternoon at MSU Soccer Park pushed the side closer to mathematical elimination from playoff contention. New York had chances but a four-save shutout by 901 FC goalkeeper Cody Cropper and a first-half red card to Red Bulls II midfielder Daniel Edelman for two cautionable offenses helped the visitors earn victory. New York is now 21 points out of the playoff places with only eight games to go in the campaign and has conceded the most goals of any side in the Eastern Conference with 56 goals against in 24 games. After earning a 2-2 draw when it last visited Patriots Point earlier this season, the visitors will be looking to continue their solid road record against the Battery that has seen the side go undefeated in its six prior regular-season visits to Charleston.