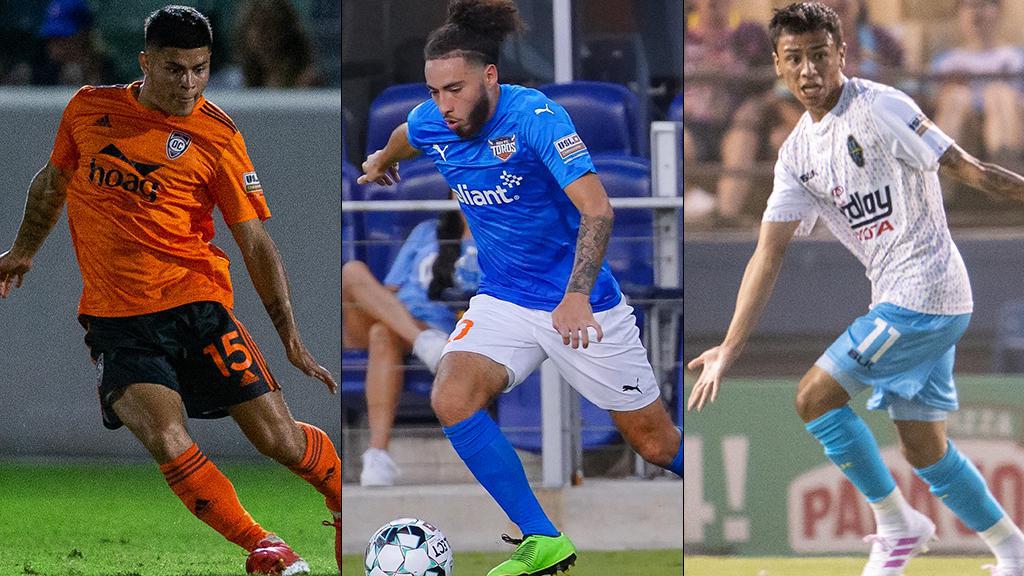 Five players currently competing in the USL Championship have been called up by El Salvador for an international friendly against Guatemala on Friday night at Audi Field as the country continues to add new pieces to its potential roster for 2022 FIFA World Cup Qualifying, which resumes in October.

Defender Allexon Saravia of Loudoun United FC, midfielders Eric Calvillo of Orange County SC, Jeremy Garay of Loudoun United FC and Roberto Molina of Las Vegas Lights FC, and forward Christian Sorto of Rio Grande Valley have all been named in the squad. Both Garay and Molina are holdovers from a similar camp the country held in August, when both players made their senior international debuts against Costa Rica.

Both Sorto and Molina have each made 24 appearances in the Championship this season, with Sorto recording three goals and four assists in his first season with the Toros alongside 16 key passes and 16 shots on target. Molina has notched two goals, four assists and 15 key passes for Lights FC, with the 20-year-old providing a bright spot for the side this season.

Calvillo has made 18 appearances for Orange County this season since arriving on loan from Major League Soccer’s San Jose Earthquakes, and has recorded one goal and three assists for the side. A California native, the 23-year-old competed for current El Salvador Head Coach Hugo Perez during Concacaf Olympic Qualifying in March this year, appearing in all three group stage games.

Garay returns having made 18 appearances for Loudoun this season in which he has recorded 21 key passes and one assist. The 18-year-old has also registered 31 interceptions and won 20 tackles, and earlier this year was signed to a Homegrown Player contract by Major League Soccer’s D.C. United. Saravia, meanwhile, has made nine appearances for Loudoun this season – his third with the club – and has made 18 clearances and 21 interceptions defensively.