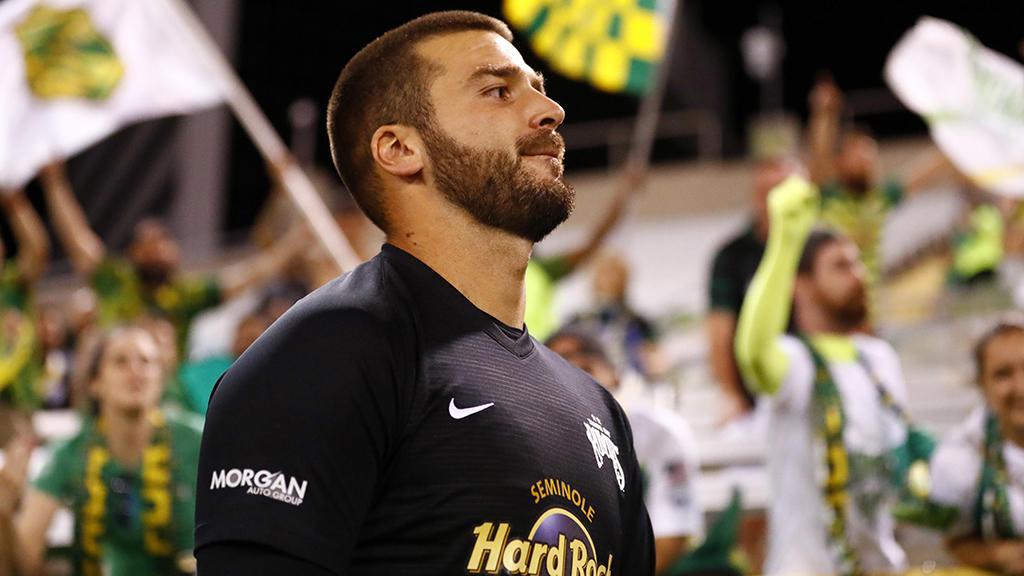 KENNESAW, Ga. – There is at this point an air of inevitability about it.

The Tampa Bay Rowdies will be ahead late in game, still yet to concede, and in the final minutes their opponent will find a late chance to break the spell that the club’s defense has cast over the league. On Saturday night it was the turn of Atlanta United 2’s Jackson Conway, who was played into the right side of the penalty area in space to shoot.

And there, yet again, was Rowdies goalkeeper Evan Louro to make the save.

And on the streak goes.

The Rowdies wrote themselves into the USL Championship’s record book on Saturday night after a 2-0 victory against Atlanta at Fifth Third Bank Stadium that saw the side record its eighth consecutive shutout and moved its overall shutout streak to 801 minutes, surpassing the prior mark of Rio Grande Valley FC in 2016. Louro recorded two saves on the pair of clear chances Atlanta created, while the back line blocked another pair of shots to make it 15 shots on goal faced to 23 blocked shots in the past eight games for the defending Eastern Conference Title holders, who are now well on course to see the playoff road run through Al Lang Stadium at least in the Eastern Conference this postseason.

That, of course, and claiming the USL Championship Final at the end of the season is what matters most for Head Coach Neill Collins and his side, but on Saturday night there was at least a moment to realize what this side had accomplished.

“I think Evan made a great save in the first half, which was obviously very important, but the team this week, I never got the sense that the record was something that was important or talked about,” said Collins. “Everything was just about us doing what we’ve done all along. That’s what we’ve been like all season. Of course, we enjoy clean sheets, but we’re really focused on the things we do to get them. The boys did a fantastic job of that all week and then took it out there tonight. They deserve the plaudits for achieving that record.”

Maybe the most important element of that has been the continuity the Rowdies have seen in their back line since this squad began being built prior to the 2020 season. The quartet of Louro and center backs Jordan Scarlett, Forrest Lasso and Aaron Guillen were all new to the side then. 40 regular-season games later and not one has missed a start, while Louro and Guillen have been ever present for every minute the side has played in the regular season and playoffs. 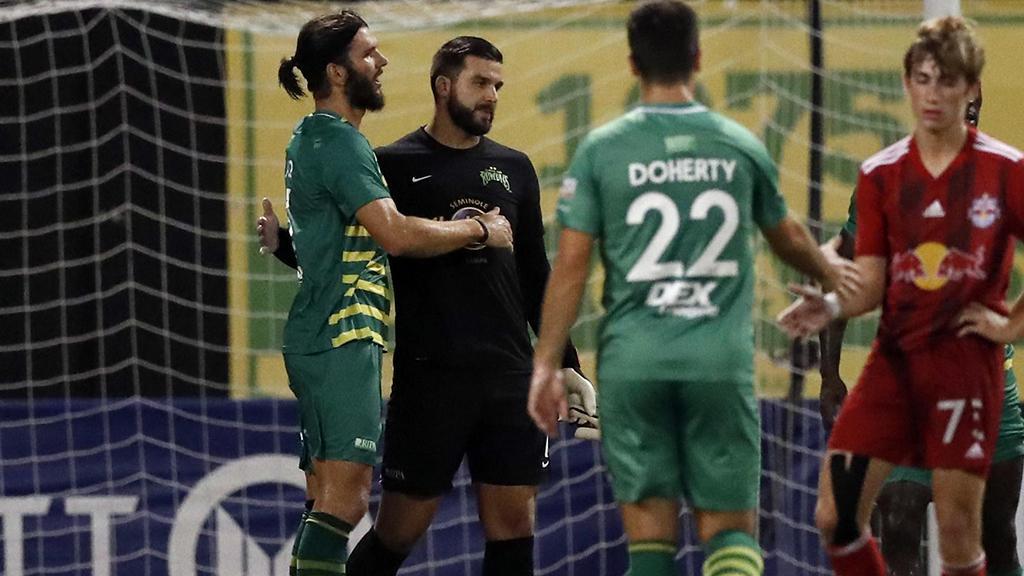 Since the start of the 2020 USL Championship season, goalkeeper Evan Louro and defender Forrest Lasso have been ever-present in the Tampa Bay Rowdies' lineup alongside fellow defenders Aaron Guillen and Jordan Scarlett. | Photo courtesy Matt May / Tampa B

All have lived up to their billing. From Lasso claiming last year’s Championship Defender of the Year award for a second time to Guillen and Scarlett becoming among the league’s best at their position, the Rowdies have built a defensive foundation on which the team can thrive.

Louro, meanwhile, has notched 20 regular-season shutouts in 40 regular-season games as the quality he showed while backing the Red Bulls II’s high-leverage style of play has now earned more consistent reward in terms of his overall numbers. The 25-year-old is now only three shutouts from breaking the Championship’s single-season record of 15, set by current Canadian international Maxime Crepeau in 2018, with eight games to go. He’s also surpassed the longest individual shutout streak in Major League Soccer history, set by former U.S. international Tony Meola for the Kansas City Wizards of 681 minutes in 2000, while the Rowdies have passed the Houston Dynamo’s MLS record of 721 consecutive minutes without conceding set in 2007.

It’s a historic run in U.S. soccer terms, however you look at it. What’s more, the Rowdies seem far from done in building on it.

“The players continue to impress me every week," said Collins. "Human beings have ups and downs. Every week you come in trying to guard against complacency, but I’ve not had one real thought that complacency has been setting in. “These guys have managed that well themselves. It’s been a great run. A lot of great performances as well, I think that’s the main thing. Some really good performances. Keep maintaining those performances. The results might not always be there, but if we focus on the performances, I know they’ll always come back around.”

And opposing attackers? They’ll have to wait.