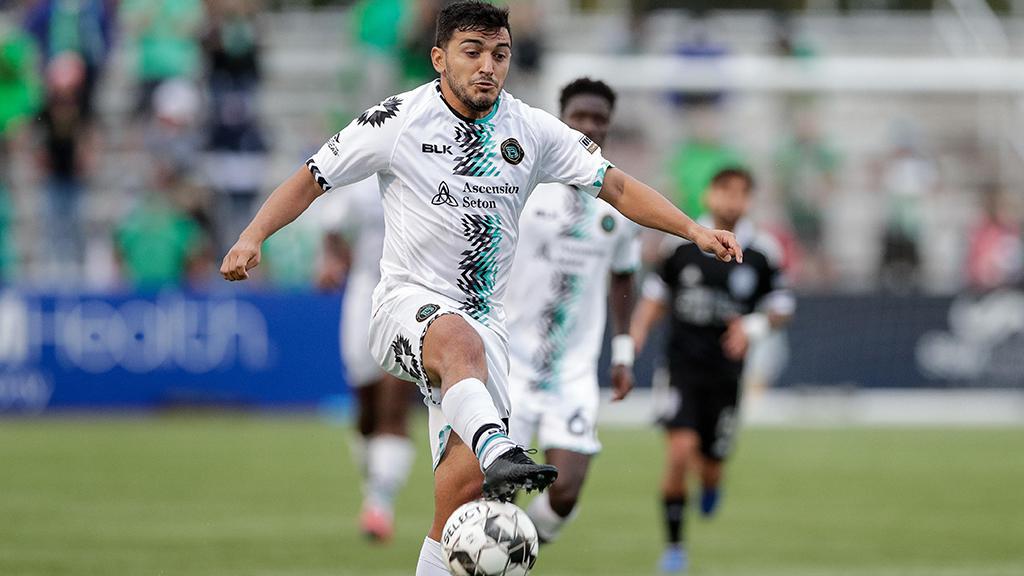 Having previously played in Liga MX and Liga Ascenso in Mexico for much of his career, Austin native Sonny Guadarrama has rejoined Bold FC after making 34 appearances over the past two seasons for the club. | Photo courtesy Steven Christy / OKC Energy FC

AUSTIN, Texas – Austin Bold FC announced on Wednesday the return to the club of local standout Sonny Guadarrama, pending league and federation approval. Per club policy, contract terms will not be released.

“You’ll be hard pressed to find an Austin Bold fan that doesn’t also love Sonny G. Besides being a great midfielder, he embodies the team and community values that we’ve been building since the beginning,” said Bold FC Head Coach Ryan Thompson. “We welcome him back to the Bold with open arms and are excited to see what he achieves this season.”

Guadarrama cultivated his skills and love for soccer in Austin, where he was a three-time All-District MVP at Cedar Park High School while also playing youth soccer with the Austin Flyers and Austin Capitals. He began his professional career in 2006 with six-time Liga MX champions Santos Laguna. After two seasons with Santos, Guadarrama moved to Ascenso MX club Mérida FC., where he scored two goals in 31 appearances in parts of three seasons.

The 34-year-old joined Atlante FC in 2010, appearing in 50 matches and scored five goals for the club from 2010-16 while also spending time on loan to Venados, Club Necaxa and Dorados de Sinaloa. With San Antonio FC in 2018, he appeared in 18 matches and registered a pair of assists. He joined Austin for its inaugural season at Circuit of The Americas in 2019 and over the past two seasons made 34 appearances for the club, scoring four goals, three assists and 39 key passes.