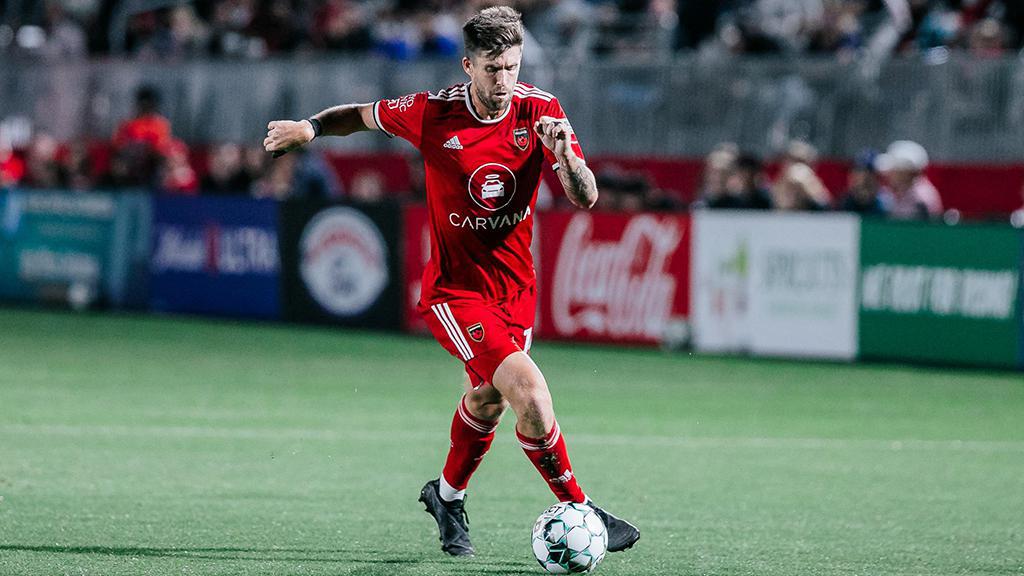 The gap to the leaders in both the USL Championship’s Mountain and Pacific Divisions grew over the past weekend of action, but there was plenty else to watch for in the race for the playoffs in the Western Conference. Here are five storylines coming out of Week 21.

There will be elements of Saturday night’s 4-3 victory against the LA Galaxy II that Phoenix Rising FC Head Coach Rick Schantz will want to revisit ahead of the club’s two-game week, but the continued excellence of midfielder Aodhan Quinn helped provide another three points as the 29-year-old joined an exclusive club in the USL Championship’s history with his one goal, one assist performance.

The California native – who made his Championship debut in 2014 with Orlando City SC – became just the third player to record 35 goals and 35 assists in the Championship’s regular season against Los Dos, joining his current teammate Solomon Asante (49 goals, 40 assists) and former Charlotte Independence legend Jorge Herrera (72 goals, 35 assists) in doing so. A finalist for the 2018 Championship Most Valuable Player award, Quinn’s play has helped Phoenix maintain its place as one of the leading contenders for the league title since his offseason arrival from Orange County SC, and the respect from his contemporaries around the league was evident on social media on Saturday night and Sunday morning.

Quinn’s play has also helped fill the gap left by the absence due to recent injury to Asante, with the two-time MVP having been absent over the club’s past four games. In that span, Quinn has recorded one goal, four assists, eight shots and 15 key passes to help keep Phoenix in contention for the best record in the league ahead of meetings with Las Vegas Lights FC on Wednesday night and Orange County SC on Saturday.

There’s nothing particularly discernable in terms of an uptick in the club’s numbers, but there has felt like a different energy in Austin Bold FC’s past two performances brought on by the appointment of Head Coach Ryan Thompson on the sideline. A 1-0 victory on Friday night against New Mexico United saw the side move ahead of Rio Grande Valley FC into the fourth and final playoff position in the Mountain Division after its first consecutive wins of the season, offering a glimmer of hope that Bold FC might be part of the playoff field.

In a game that saw both teams looking to maintain the momentum of their midweek victories, Austin conceded more of the possession but looked the more dangerous side consistently, finding a good balance between defense and attack, and particular transitioning in the latter to get Omar Gordon out into space and attacking opposing defenders. The final product might still need some work – it’s still strange how someone as prolific as Stefano Pinho has been as quiet as he has without a goal this season – but if Thompson can unlock that element for his side, it could be the squad that comes out above the playoff line at the end of the regular season. 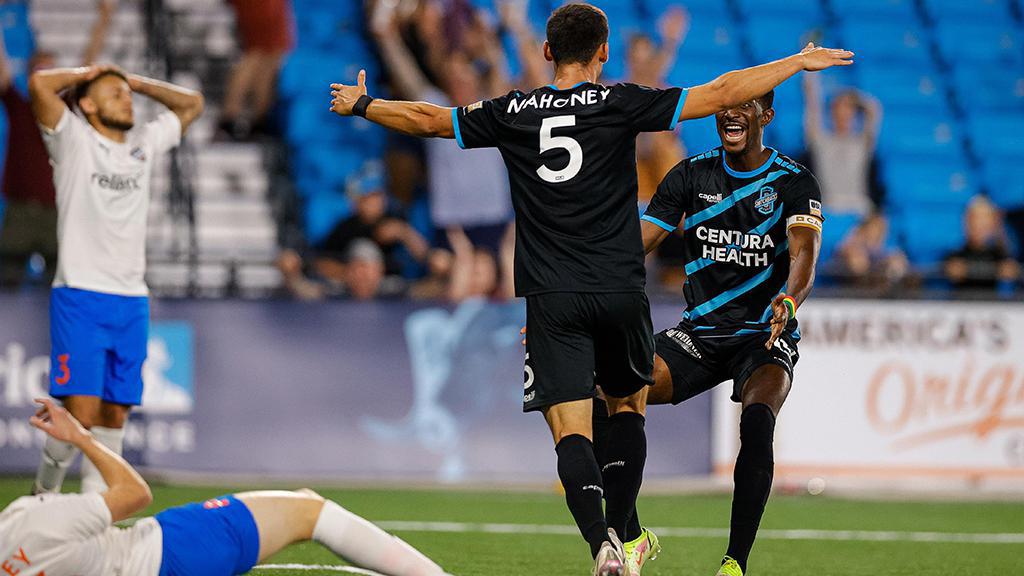 If you had turned on Saturday night’s game between Colorado Springs Switchbacks FC and Rio Grande Valley FC at halftime without the commentary, you might have been hard-pressed to notice that the Switchbacks had been reduced to 10 men. Jimmy Ockford’s red card in the final minute of the first half might have a longer-term effect – he’ll now be suspended for Wednesday’s key game against Mountain Division leader El Paso Locomotive FC – but with the influence of Deshane Beckford noticeable the hosts didn’t seem to miss a beat until they conceded with 10 minutes to go on a well-worked goal that put the visitors ahead, and potentially within reach of a key three points of their own.

Colorado Springs’ attacking endeavor, which in addition to creating chances in both halves for its own players also resulted in an attempted clearance off a low cross by Beckford being redirected off the crossbar by an RGVFC defender, was rewarded in second-half stoppage time as Matt Mahoney popped up in the penalty are to send home a cross from the right by Sebastian Anderson. It was the least the Switchbacks’ deserved and showed why this side could be very dangerous should it advance to the postseason.

After a pair of late cameos at the end of Orange County SC’s prior two outings, Thomas Enevoldsen’s return to the field since a knee injury in May made a major step forward on Saturday night as he came on and contributed a goal and assist to help the side pull away for what ended up as a comfortable 3-0 victory against Las Vegas Lights FC at Championship Soccer Stadium.

The goal was Enevoldsen’s first in Orange County colors since October 13, 2018, with last year seeing the Danish forward’s return to the club after stints with Indy Eleven and Sacramento Republic FC in 2019 curtailed due to COVID-19 restrictions. With the side now undefeated in four games under interim Head Coach Richard Chaplow and solidly in the Pacific Division’s playoff positions, Orange County now gets to test itself on Saturday against division leader Phoenix Rising FC in what should be a fascinating contest at Wild Horse Pass.

“This win was important for the fans obviously, it was important for us as a group, important to get over that hurdle,” said Chaplow. “Phoenix is going to be difficult, you know, we're going to their place, but we were very unfortunate again last time we went there not to take the three [points], so we'll be going there to win the game as we go into every game.”

In some ways, Oakland Roots SC’s first season in the USL Championship has been a series of measuring posts from contest to contest after the club’s difficulties early in the season to find its level. On Saturday night, a 0-0 draw with San Diego Loyal SC at Laney Stadium provided another of those in a far more evenly contested game than the 1-0 victory SD Loyal took at Torero Stadium back in June, indicating the progress Roots SC has made in all areas as the season has progressed.

“The last time we played them, we were bad. This time we were good,” said Roots SC Head Coach Jordan Ferrell. “Obviously we’re still missing some players, but this is one of the best teams in the West. They’ve been rolling over teams and I think we showed defensively we can hold strong. I also think we had the better chances tonight.”

Roots SC still has two more contests with SD Loyal remaining this season, but it’s focus will now switch to the team it and the other teams currently below the playoff line are hoping to catch in the Tacoma Defiance. The fourth-placed side heads to Oakland on Wednesday night for a playoff six-pointer that could be a must-win for the hosts if it’s to have a serious chance of surpassing the Defiance for a spot in the postseason.