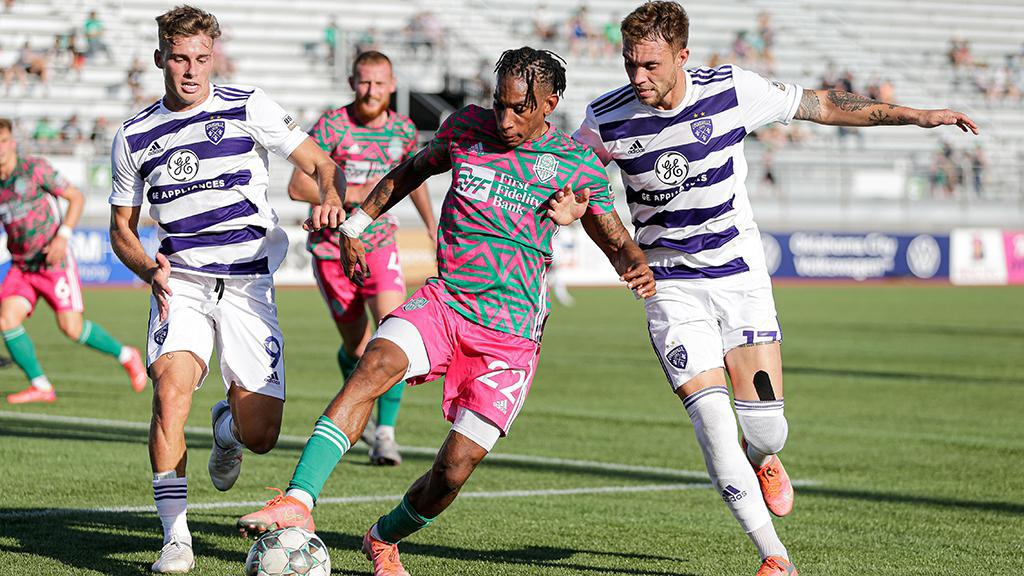 OKC Energy FC and Louisville City FC will meet for the second time at Taft Stadium this season on Sunday evening with the sides having played to a scoreless draw in their prior encounter on August 22. | Photo courtesy Steven Christy / OKC Energy FC

OKLAHOMA CITY – OKC Energy FC will play host to Louisville City FC on Sunday evening at Taft Stadium with the visitors looking to build on a midweek victory that solidified their place at the top of the USL Championship’s Central Division. Kickoff is scheduled for 6 p.m. ET.

@EnergyFC (7-8-8, 29pts) returns home looking to rebound after ending a run of three games in seven days last Saturday evening with a 3-0 defeat to Sporting Kansas City II at Children’s Mercy Park. Despite the defeat, the side remains in fourth place in the Championship’s Central Division going into this weekend’s action, one point ahead of Atlanta United 2. Energy FC had taken victories in each of its prior two outings as forward Villyan Bijev reached 10 goals for the season, while goalkeeper CJ Cochran posted 13 saves across the past two outings and now sits tied for fifth in the Championship with 62 saves overall this season and third with seven shutouts. One of those clean sheets came in OKC’s last meeting with Louisville, which saw the hosts earn a 0-0 draw at Taft Stadium on August 22, but the hosts may need to show more attacking promise this time around after recording only six shots and two shots on goal in this encounter if they’re to take an important three points to continue their playoff pursuit.

@LouCityFC (13-5-4, 32pts) rebounded from the slight downturn in form that included its visit to OKC on Tuesday night as it took a 4-2 victory against Hartford Athletic in its most recent outing as Cameron Lancaster notched his 12th goal of the season before Brian Ownby and Antoine Hoppenot each scored in the second half to put the game away for the visitors at Dillon Stadium. Lancaster’s goal moved him into sole possession of fifth place in the Championship’s all-time regular season scoring list on 63 goals, breaking a tie with teammate Kyle Greig, and he will have the chance to move into fourth place by the end of this season with former LouCity player Chandler Hoffman sitting on 66 goals as his next target. Ownby’s goal continued his stellar season for the side in which he has now notched four goals and is tied for the league-high with eight assists, while Hoppenot’s goal was the 29th regular-season goal of his career, putting him one away from reaching the league’s exclusive 30-30 club having already notched 31 regular-season assists in his career.