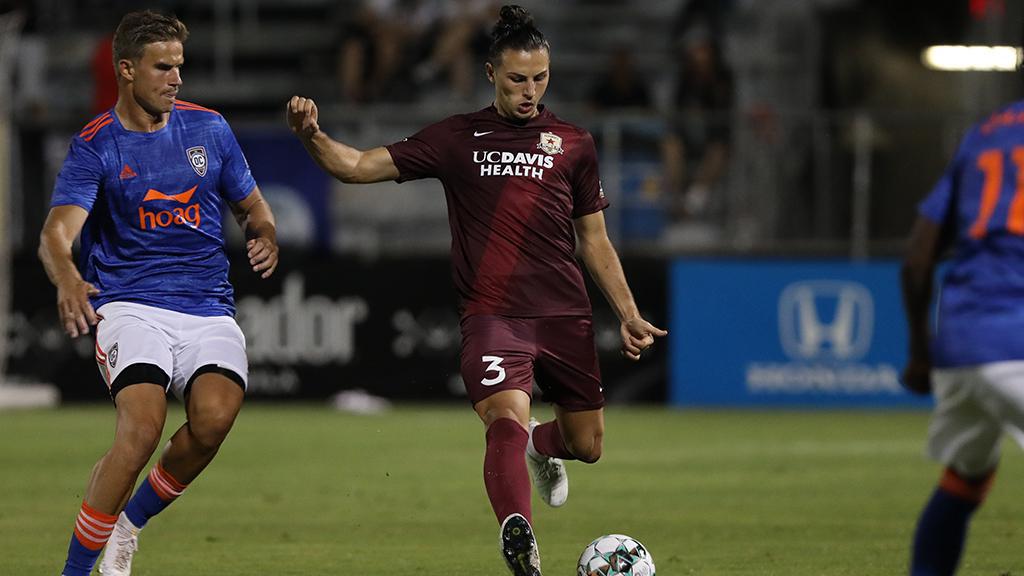 Welcome back to our monthly spotlight featuring some of the top performers in the USL Championship aged 20 years old and younger from past month. Leading off this month, we caught up with one of last year’s Championship Young Player of the Year finalists, whose second season has been more challenging but is still showing the potential that has him aiming for the top.

From the moment he joined Sacramento Republic FC’s Academy early after its formation, there was one goal in mind for Hayden Sargis: earn a professional contract with the club’s USL Championship squad.

“It’s something that I’d worked for ever since I started playing,” he said this week. “I always had my eyes set on it.”

Last year, after spending the 2019 season as a USL Academy signing for Republic FC, that goal became a reality as the then-18-year-old signed professional terms with the club and then had a season that saw him go from strength to strength in the lineup. Sargis appeared in 15 of Republic FC’s 16 regular-season games in the 2020 season, with the confidence of Head Coach Mark Briggs behind him every step of the way.

By the end of the year, Sargis’ performances had earned him a spot as one of the three finalists for the Championship’s Young Player of the Year, a piece of recognition he took great pride in achieving.

“I just remember when I when I think it was [Republic FC Communications Director John Jacobs] reached out to me, I was just so excited,” he said. “As a center back, you don’t usually play that much in your rookie year, but I played a good amount of minutes and took advantage of my opportunity. To be part of the Young Player of the Year finalists, it was a great moment.”

For Briggs – who coached Sargis in the club’s Academy when he arrived in Sacramento before becoming the Head Coach of the club’s Championship side late in 2019 – the maturity he showed belied his years. As someone who arrived at Republic FC with experience in bringing young players up from a strong Academy system at Real Salt Lake as the Head Coach of Real Monarchs SLC in the Championship, it was quickly apparent Sargis was ready for the moment.

“Some players are exposed to First Team training or a First Team game and it doesn’t go well for them, and in a young player’s head that means they’re done, they’re not going to have an opportunity, their career’s over,” said Briggs. “That’s where the communication becomes vital in a young player understanding they have a pathway, the club has a plan for them, the coach has a plan for them, and it’s OK that it didn’t work straight away.

“Hayden, on the other hand, went in the opposite direction. Hayden hit the ground running. From a maturity standpoint, as soon as I met Hayden I knew that he was a pro. He has a head on his shoulders above his years – you’d think from talking to him he’s been a pro for 15 years. He’s very mature, he thinks before he speaks and when he speaks he usually adds something to any conversation he’s involved in. … I just knew – understanding the level, exposing players to First Team football at the Monarchs, David Ochoa, Richy Ledezma, Sebastian Soto, exposing those players and getting them good experience in who’s ready and who’s not – I just knew that Hayden could handle the level and that’s been the case. I think he’s flourished, to be quite frank.” 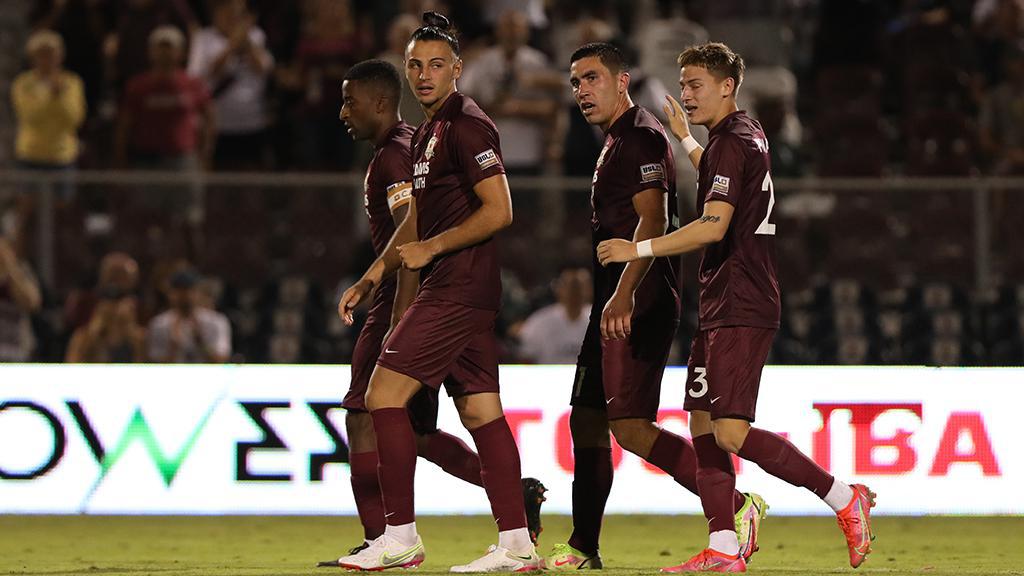 When a player achieves that level of success quickly, though, there can be pitfalls. For Sargis, 2021 has been a more challenging season that has seen him bounce in and out of the lineup more frequently due to injury and performance. As Briggs is quick to point out, it’s rare that a player’s development path goes straight to the top, and for his part managing Sargis and keeping the lines of communication open are key to making sure the Turlock, Calif. native continues on the path to the future both believe he has in the game.

“The communication is the biggest part of it, constantly communicating with Hayden as well as the other young players we have, a constant communication line where they understand where they’re at, where they understand why it may not have gone so smoothly, and how they can improve it so it does go smoothly,” said Briggs. “A lot of the times the development pathway is peaks and valleys, sometimes it’s highs and then its lows, back up again and back down. With Hayden it’s about trying to manage those drops, so when he’s at a high trying to manage those drops so he doesn’t go too low and trying to help him get a consistent level of performances.”

Sargis is among a crop of young, talented players that are now at the First Team level from Republic FC’s Academy, with Mario Penagos also closing in on 1,000 minutes of action this season while having made 11 starts and USL Academy signing Julian “JuJu” Chavez also having seen action, including notching a spectacular goal last weekend in Las Vegas. For Briggs, that development is not only important for Republic FC – and for other clubs across that Championship that are now introducing their own homegrown talent to the First Team – but is essential in the bigger picture for soccer in the United States as well.

“Starting with the USL Championship, I think it’s only going to enhance the development of the USL as a collective,” said Briggs. “I think one, exposing younger players to a professional environment at an early age is only going to increase their development and increase the level of potential they have. Secondly, the buy-in that supporters have from a young academy product, a local kid playing for their local team creates an environment in the club that people can get behind and people can support. It not only exposes the young player and enhances their development, but it also enhances the growth of the game in local communities, which I think is extremely important

For Sargis, reaching that top level in competing for the national team and in Europe is the next goal. After the promise he’s shown so far at Republic FC, and the opportunity competing for one of the Championship’s biggest clubs has offered, it’s a goal he’s eager to pursue.

“It’s definitely exciting, because it doesn’t matter where you play – USL or MLS – you always have eyes on you,” said Sargis. “So, if you perform and are making noise and doing well, I think you’ll get those opportunities. How hard you work, the way you perform, you’ll get chances.”

Sargis could have a key role to play as Sacramento looks to make a playoff push over the final two months of the season, but here are five other players that caught our eye in August.

Roberto Molina, Las Vegas Lights FC – The past month was a challenging one for Lights FC, but Molina’s talent saw him notch a goal and assist in four appearances and get the attention of the El Salvador Men’s National Team, where he was called in for a pre-World Cup Qualifying camp and made his debut in an exhibition against Costa Rica as a second-half substitute.

Caleb Wiley, Atlanta United 2 – The 16-year-old full back earned back-to-back USL Championship Team of the Week selections early in the month and recorded the most successful passes of any U-20 player in the league in August, completing 245 of 305 while also making 15 interceptions and winning 59 percent of his duels.

Ariel Mbumba, Oakland Roots SC – The 19-year-old began to come into his own more fully over the past month for Roots SC, notching a pair of goals in seven appearances while completing 113 of 133 passes. Raised in San Jose, Calif., the Congolese midfielder will be one to keep an eye on down the stretch in Oakland.

Marcelo Palomino, Charlotte Independence – On loan from Houston Dynamo FC, Palomino has been joined by some big names in the Charlotte midfield in recent weeks but has continued to show his value to the side. After two goals in August and another midweek, he’s ranks third on the team in both goals and passing accuracy with six goals and an 83.9% success rate on 647 passes overall.