Austin, New Mexico both look to build on important victories with chance to move into top four 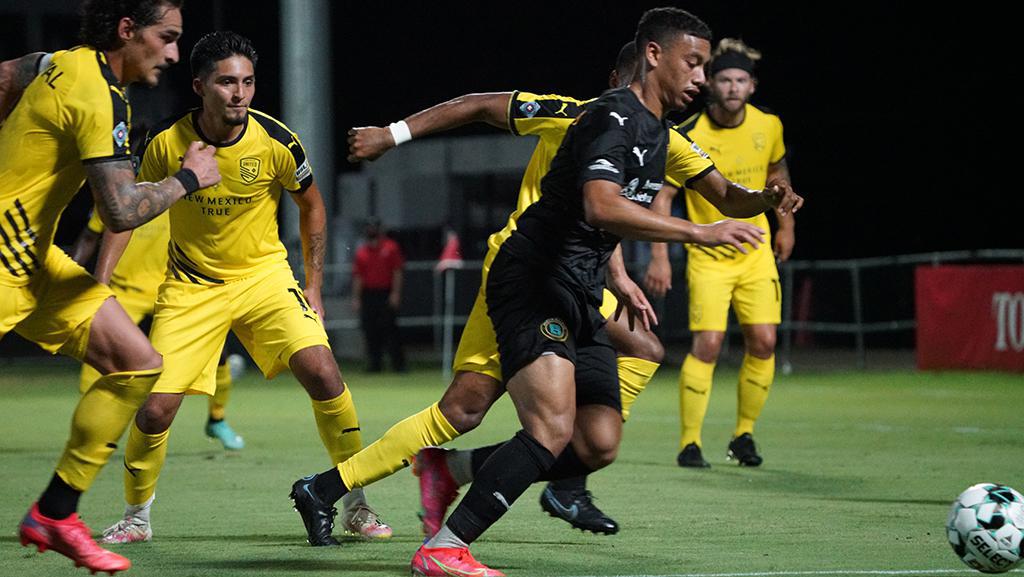 Austin Bold FC and New Mexico United both have a chance to move into the playoff places in the Mountain Division on Friday night as they meet for the final time this regular season. | Photo courtesy Austin Bold FC

AUSTIN, Texas – Austin Bold FC and New Mexico United will square off on Friday night at Bold Stadium with both teams coming off victories in their last outings that moved a top-four position in the USL Championship’s Mountain Division within reach as they meet for the fourth and final time this regular season. Kickoff is scheduled for 9 p.m. ET.

@AustinBoldFC (7-6-8, 29pts) took victory on Tuesday night in the first game in charge for new Head Coach Ryan Thompson, defeating San Antonio FC 2-1 behind goals from Collin Fernandez and Fabien Garcia late in the first half at Bold Stadium. The result moved Bold FC into fifth place in the Mountain Division, one point behind fourth-placed Rio Grande Valley FC with a game in hand on the Toros. Fernandez and Garcia are now tied for the team-lead with three goals apiece this season, with the side’s attack having had its up and downs this season to put the side under pressure to perform defensively to get results. Austin and New Mexico have played to draws in each of their past two meetings, including a 1-1 draw at Bold Stadium on August 23 that saw Beto Avila notch an equalizer for the hosts. With United having claimed victory in their first meeting of the campaign, Bold FC will be hoping to even the regular-season series and vault into third place in the standings with a win.

@NewMexicoUTD (7-7-7, 28pts) snapped a seven-game winless streak in its last outing as it defeated Colorado Springs Switchbacks FC last Saturday night at Isotopes Park as Josh Suggs recorded a goal and assist and both Chris Wehan and Devon Sandoval also found the net. Wehan’s goal was his second since returning to United from Orange County SC on August 17, while the game also saw the first start for the side by defender Kalen Ryden in just over a month after suffering injury in early August. New Mexico has recorded five goals over its past two games after having not recorded more than one goal in its prior six outings with Sandoval and Sergio Rivas each having recorded four goals this season to lead the club. Finding a higher level of consistency in the final third of the season could hold the key to United’s playoff chances, with the side sitting 21st in the league with 27 goals this season and 20th with a 14.59% shot conversion rate but tied for seventh with 26 goals conceded in 21 games as the club’s defense has performed solidly for much of the campaign.