From the Pitch - The Missing Piece 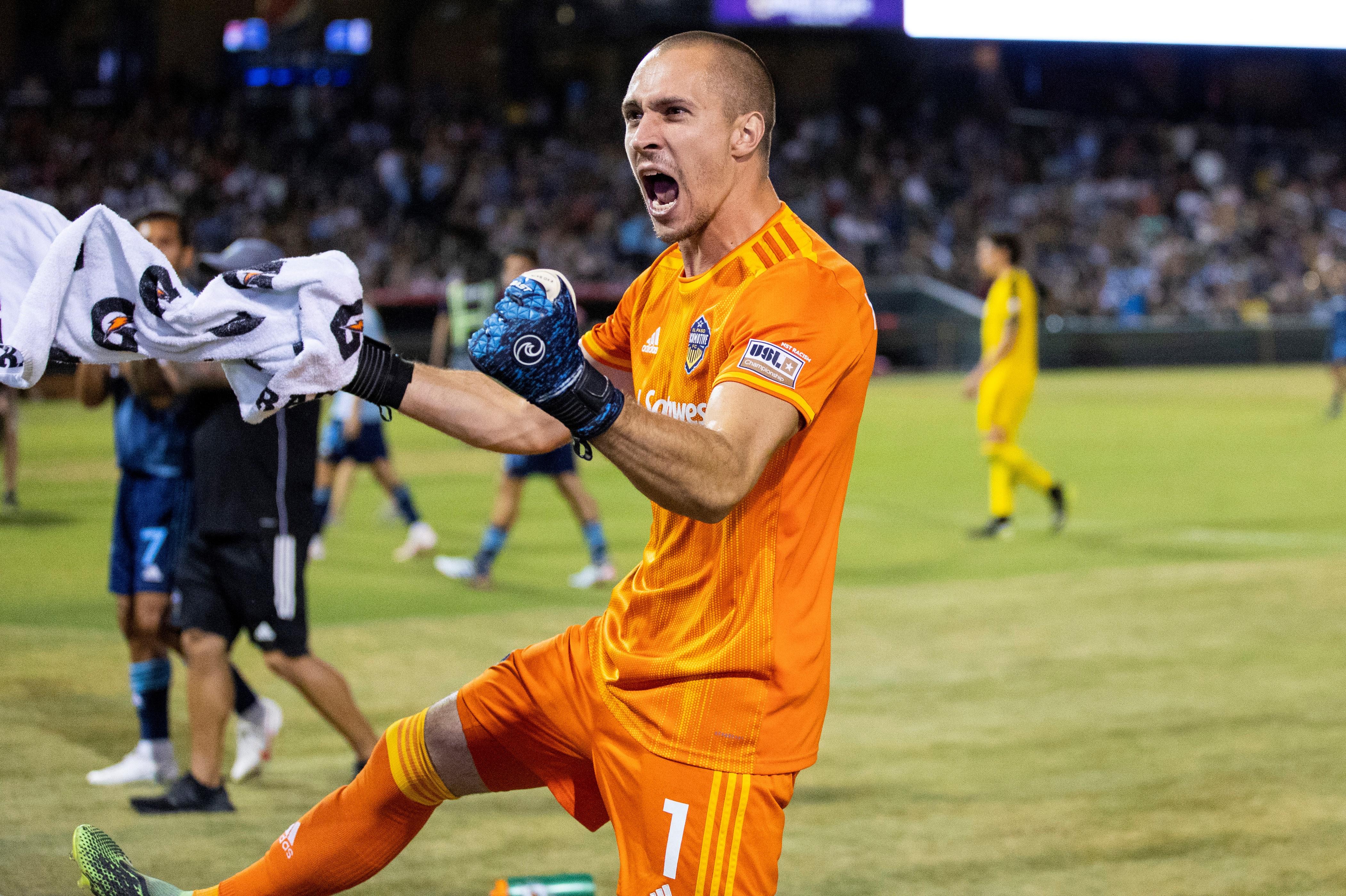 From our opening game as El Paso Locomotive FC, there’s been something special about gameday.

From our opening game as El Paso Locomotive FC, there’s been something special about gameday.

Out of the tunnel, onto the field first for warm-ups with our goalkeeper’s union, you can see the build of energy toward kickoff, from the supporters’ section in the south end of the stadium to the fans from across the Borderplex that make this place special.

They start to filter in, start to sit down, people start cheering. It’s a cool feeling to have those small, personal connections – once the game starts, I’m not waving at everybody except my teammates and probably the referee – but when there are 45 minutes before the game and you see the little kids walking along the border near the advertising boards, to see them all wave and wave back, it sets the mood.

Then there’s the smoke, the lights, and the fireworks, and the swell of noise around us as we walk out onto the field. It’s time for your game face, time to be serious, time to win. 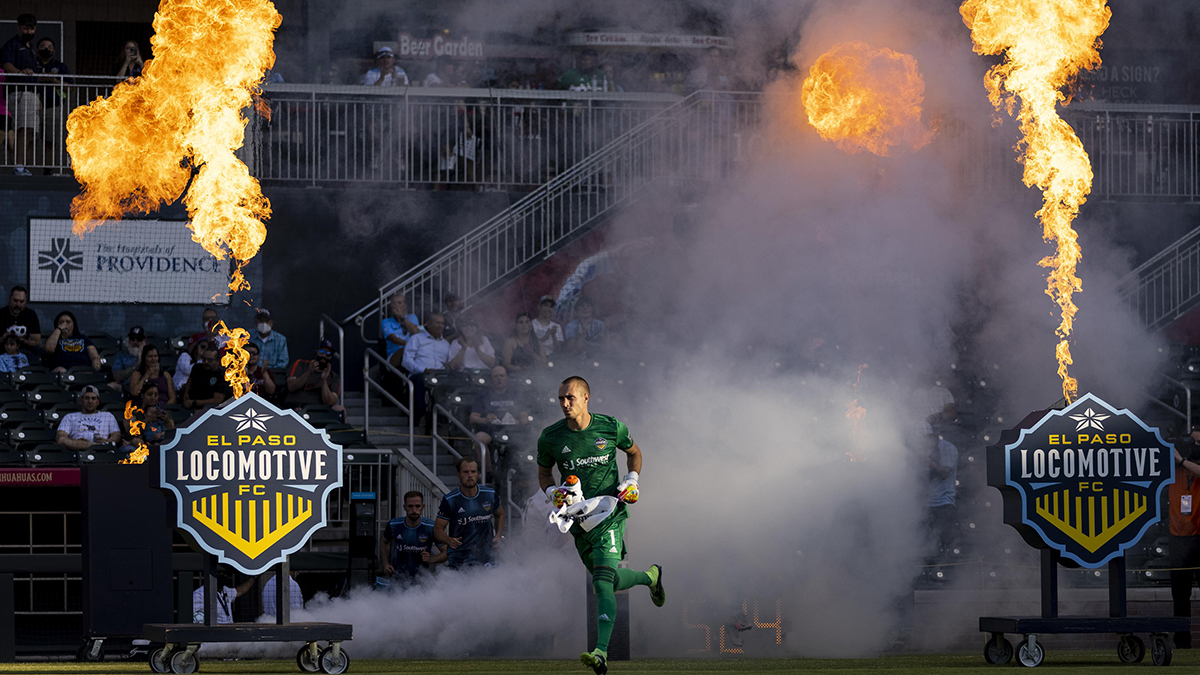 There’s nothing like it, one of the coolest things we get to experience as players.

And it’s something I’ll never take for granted again.

Do you remember how you felt last March when it all slowly began to shut down?

In our squad at first, we thought it was this one weekend, game’s been canceled, we’ll come back next week.

Then we were getting close to our first home game the following week, big Saturday night at a packed Southwest University Park. On that Thursday, another cancellation. So, now it’s a couple of weeks, we thought. Then it’s a few weeks. Then quickly, it’s a couple of months.

It was uncertain for everybody.

We had Zoom calls with the team where we all got on and did a little workout. Some people were in their garages or had found somewhere in their house, wherever you could. It helped you stay in touch with the guys, along with the group texts and chats going back and forth, but to see everyone at once definitely helped a lot.

As for me, at least I had company. My wife’s a teacher, so we bought a desk and rearranged the guest room so she could have an office. She put up posters on the back of her wall, making a classroom at home so she could continue to teach her first graders every day. A lot of our time was getting ready for those kids, and to make life as easy as possible for them to learn. You’ll not be surprised that first graders are not great on computers or iPads, and they’re not always going to log in at 9:15 a.m. like they’re supposed to, but she still made it work, making the best of things.

Personally, I was online, but not too much. As an athlete, even when you’re not playing you’ve still got your responsibilities to sponsors that help pay your way in the sport you love. We also wanted to do whatever we could to help out the team at the Front Office so that when we came back, you’d come back too. Staying in touch and being an advocate for our club and my brand, it’s the least I could do. In some ways it made the time away a little easier.

There were also those challenges we’d see online and take on or come up with ourselves. It might not seem like much, throwing a K-Cup into a Keurig, and it didn’t take that much effort, but it gave me something to do, something to accomplish. Whether it was silly or not, it saved me from just sitting on my phone mindlessly on the couch day in and day out.

That was the way to beat the time alone, away from your teammates and the fans. I’m sure everyone has some story along that line. We hung out with our dog Emmy a lot while I was doing what I could to stay fit. It was definitely an interesting few weeks as we waited to find out what was going to happen to the season we’d been looking forward to for months.

If staying fit in lockdown was different, so was life when we finally got the all-clear to reconvene and train together.

Coming in, we weren’t allowed to shower in our facilities, so you come in, you train, you wear your clothes, you go home, you wash your clothes yourself. All these things that we’d normally have our great staff taking care of – things that you don’t really think about daily – are now on you. So was making sure we all adhered to the new protocols. When we went away on hotel trips, we’d all get packed meals instead of the buffets we’d been used to. You’d have to go with the flow and be prepared for anything. This is how it is now, and this is what we need to do to play.

As for the games, those first few behind closed doors, that buzz as you arrive two hours before kickoff had gone, and it was really weird. To have barely anyone in the stands, and not because it was a rainy game that got delayed three hours and everybody left, it’s a strange feeling. Maybe it was good from an ESPN standpoint where you can hear more communication on the field, and get a behind-the-scenes feel for how we communicate, but it’s a completely different animal when you’re a goalkeeper.

After you’ve experienced being that close to crowds, that close to supporters’ sections, it’s different. Even when I’m in front of our supporters in 8th Notch, I have to scream that much louder to make sure my teammates know what I’m saying. Back then, we could all hear Coach sending instructions from the sideline and everyone’s chatter echoed around the field. It felt like a preseason game every time out because you didn’t quite have that same pressure, the same intensity fans bring to the experience. 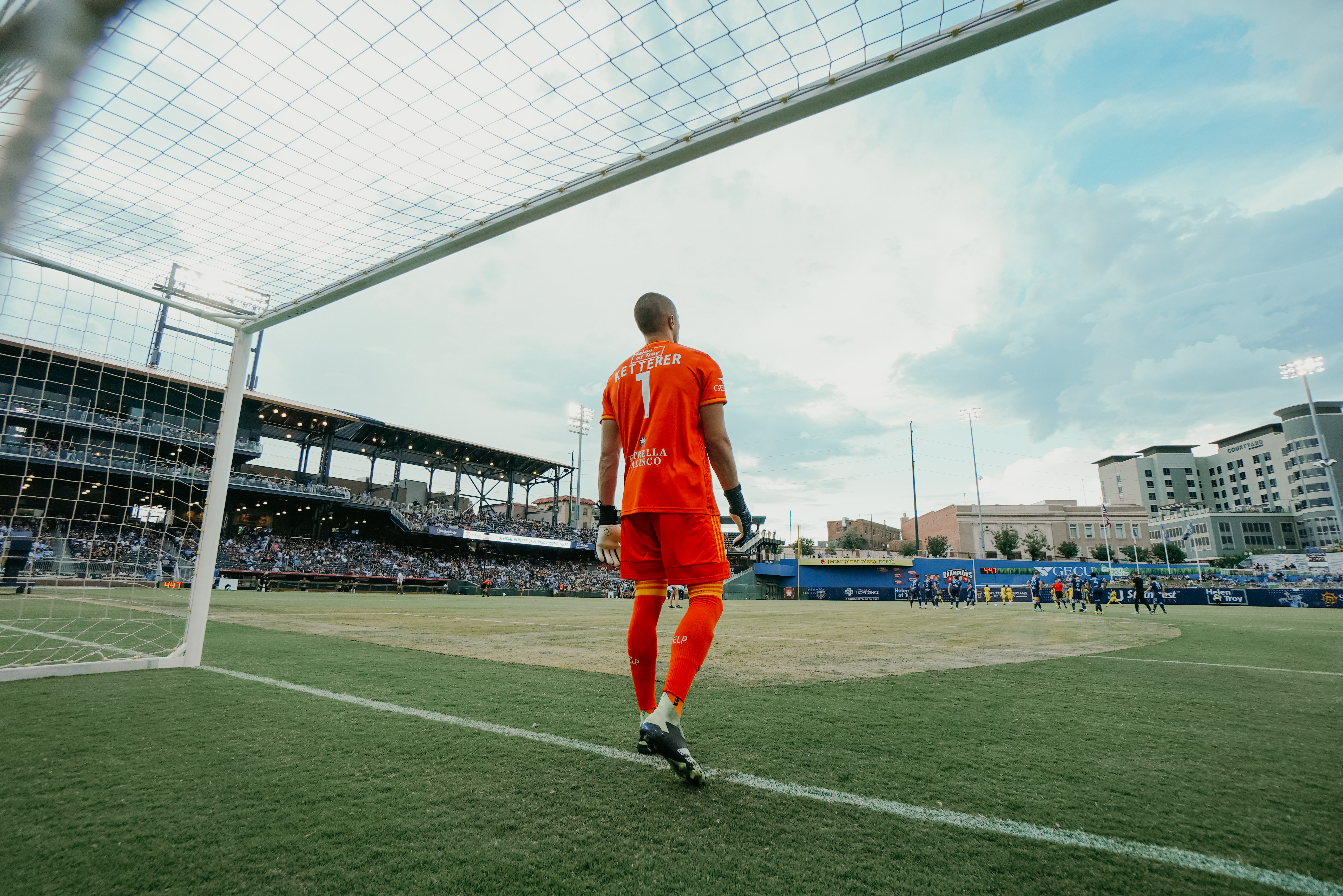 Thankfully, things started to improve, and the fans started to come back. Once we moved into the playoffs, we had bigger crowds and that certainly made a difference, especially in the penalty shootouts. It’s such a game-changer when you have that wall of sound behind you during a shootout, compared to when you’re in the 30th minute and there’s only 500-1000 people in the stadium. You certainly feel like there’s a lot more pressure when it’s quiet, and on the flip side, it’s probably a lot easier for the forward to stay calm think about what he wants to do versus you compared to when 5,000 people are screaming bloody murder at him to miss. I’m still going to take a bit of credit for those two wins, but there’s nothing like a loud, boisterous crowd in your eye-line as a shooter to put you off as the pressure mounts.

Now, we’re getting close to the normal routine again, and thankfully so are our fans.

That first game back, it felt very similar to where we began two years ago; great crowd, incredible noise. What else would you expect for New Mexico and a home opener, right? To pay that off with a goal late to tie it up was brilliant. To hear the crowd go crazy is always fantastic. It’s so loud and so energetic, it’s really been one of the things that have been pushing our team forward this year. 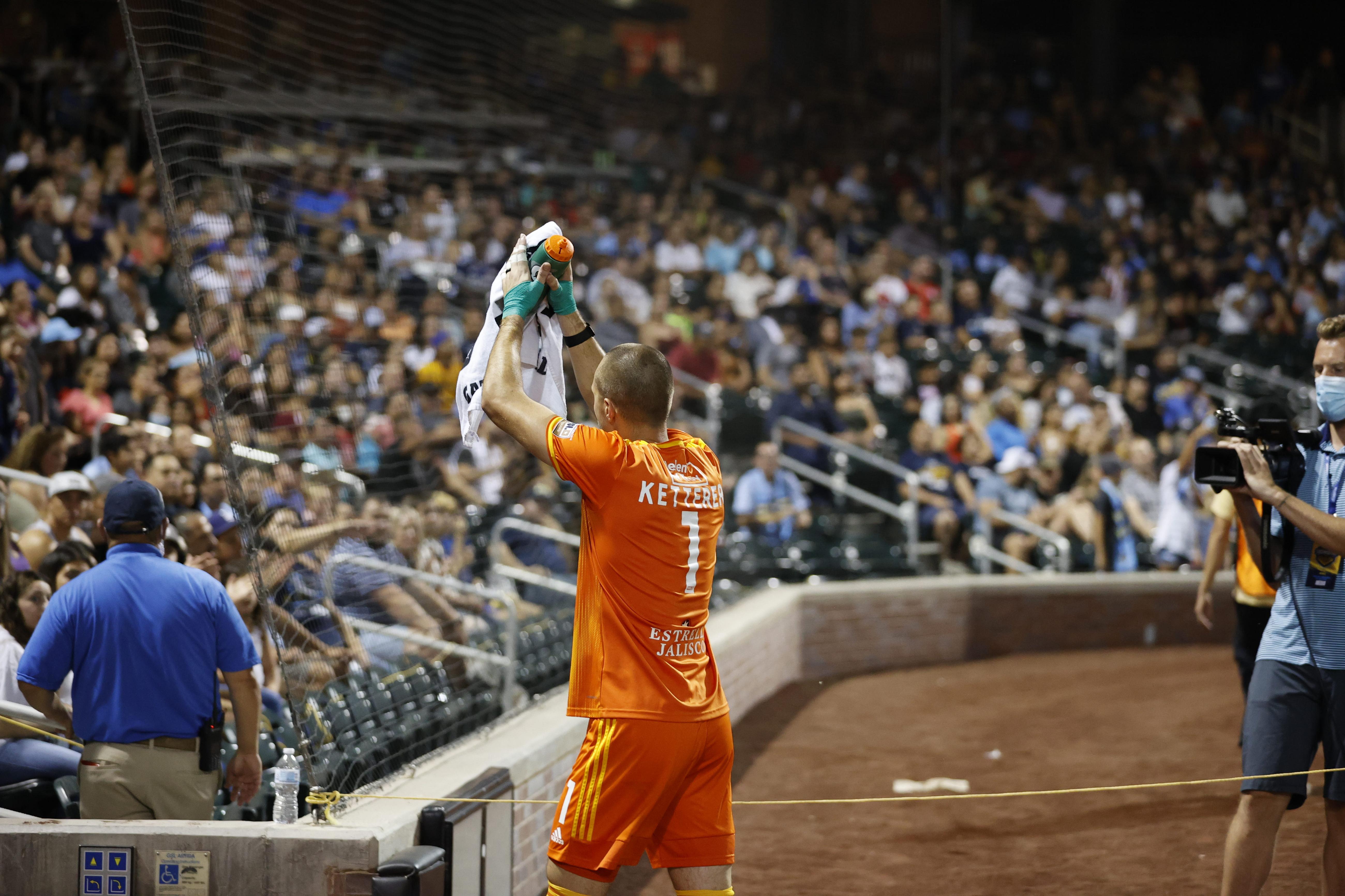 We know we have that energy and that support behind us, and it helps us know we’re going to go get a goal late and either tie up the game or go and win it.

And now, more than ever, we want to go and win. If there’s anything I’ve learned from the past 18 months it’s that nothing’s certain, nothing’s guaranteed, and you never know when things are going to change, so enjoy every minute of it. I’m trying to live in the moment more, and I’m trying to have a good time and focus on what I can control. If I can do that, everything’s going to fall where it should.

Hopefully, that means going at least one step further than the past two years and reaching the USL Championship Final. After the sellout at our first home game in 2019, we’re now seeing and feeling the same sounds and sights around the stadium, and you feel that energy from the start and that everybody wants to win. It’s really easy to be up for a game like that, and I think that’s why we’re still undefeated at home now in more than a calendar year.

Come out to the park and you’ll feel it too. When the game’s getting late and the noise in the stadium starts to rise, if you're in front of 8th Notch you can feel this almost wall of sound behind you. It gives you a little bit extra, it feels like even if I get beat, the ball somehow might stop, kept out of the net by the extra player on the field the fans create through their sound.

All the gameday experiences are so much more vivid when you have that noise echoing in your ears, that atmosphere every game. While I can’t imagine what it’s like as a forward to score a 90th-minute winner in front of 8th Notch, to hear that roar, it’s something special.

And after the uncertainty and silence of a year ago, it’s never felt so good to have you behind us every step of the way. 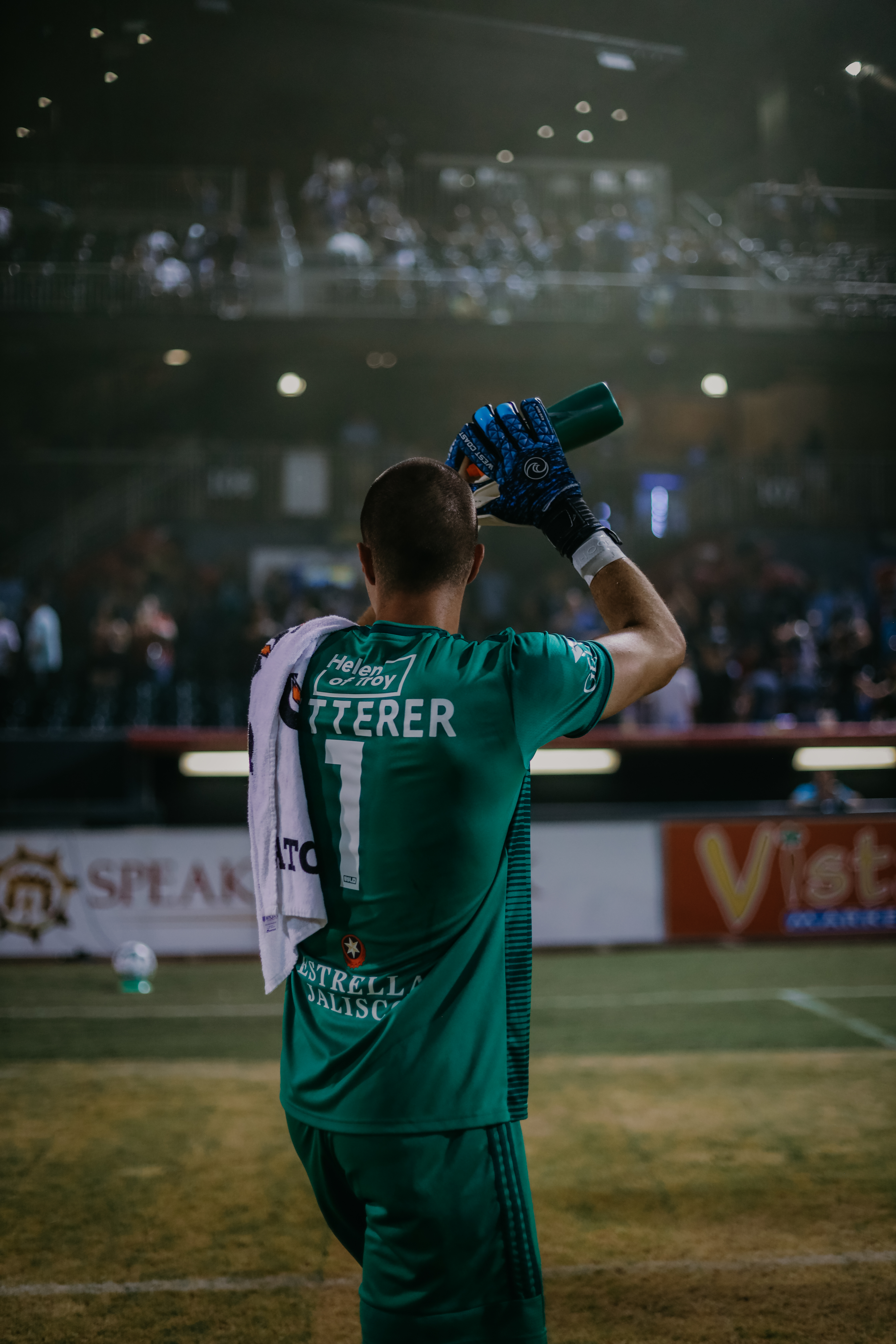