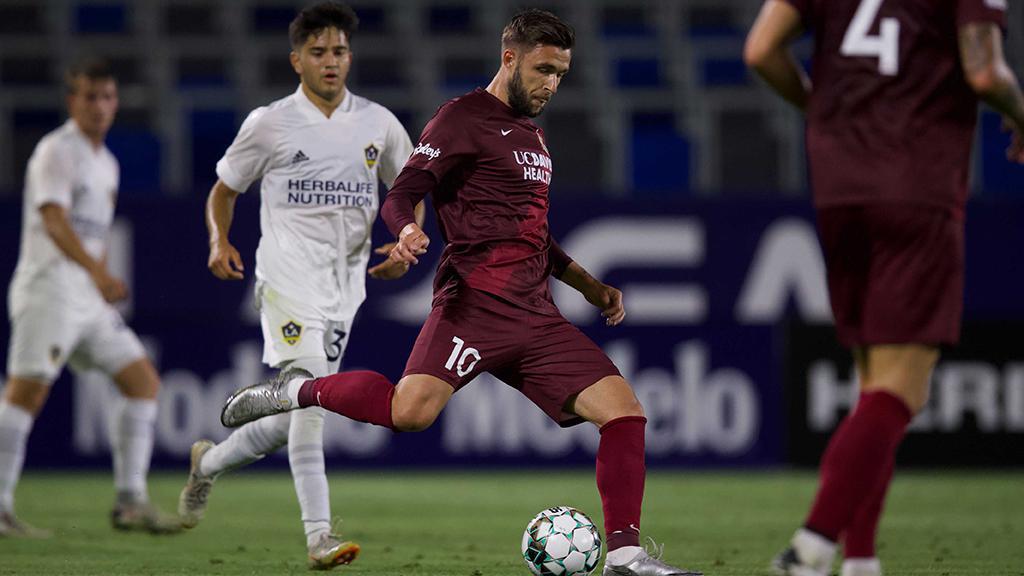 Dariusz Formella and Sacramento Republic FC will be looking for a repeat of their opening night victory when they visit the LA Galaxy II for the second time this season on Wednesday night. | Photo courtesy LA Galaxy II

CARSON, Calif. – The LA Galaxy II and Sacramento Republic FC will both try to boost their postseason chances on Wednesday night as they meet at Dignity Health Sports Park level on points below the playoff line in the USL Championship’s Pacific Division. Kickoff is scheduled for 10:30 p.m. ET.

The @LAGalaxyII (6-9-4, 22pts) continued their up and down form on Friday night with a 3-2 victory against Las Vegas Lights FC at Cashman Field that saw Remi Cabral score a 90th-minute winner for Los Dos moments after Lights FC had leveled late on in a wild ending. Preston Judd also found the net for his ninth goal of the season while Jorge Hernandez scored from the penalty spot while also tying a Championship record with 11 key passes in a single game. Hernandez has been one of the most consistent playmakers in the Championship this season while not always having the end result to show for it as he leads the league with 56 chances created and ranks second in Expected Assists at 5.67xA but has only four assists to go with his eight goals this season. His play could once again be key as Los Dos look to break a six-game run in which they have alternated defeats and wins since a loss to Phoenix Rising FC on July 3.

@SacRepublicFC (5-7-7, 22pts) is looking to rebound, meanwhile, after seeing a seven-game undefeated streak come to an end on Saturday night in a 3-1 defeat to San Diego Loyal SC at Heart Health Park. The side conceded three times in the opening 30 minutes and while Cameron Iwasa pulled a goal back before halftime from the penalty spot the attacking barrage that saw Republic FC outshoot its visitors 15-2 in the second half came up short as SD Loyal held firm for the win. Sacramento will be without midfielder Luis Felipe Fernandes on Wednesday night as he serves a one-game suspension for caution accumulation. Both sides will be hoping to narrow a five-point gap to fourth-placed Tacoma Defiance in the Pacific Division as they meet for the second time this season. Sacramento took a 1-0 victory at Dignity Health Sports Park in the opening game of the season on April 30 as Tucker Bone scored the only goal with eight minutes to go, a continuation of the success Sacramento has found on the road against Los Dos in the all-time series between the sides where it holds a 7-2-2 record overall.