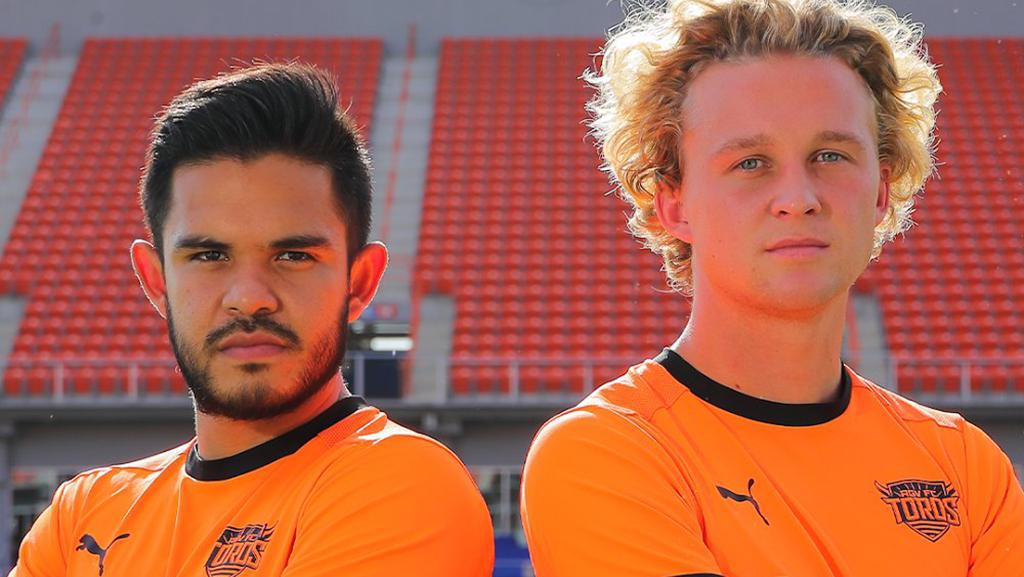 Flores last played for three seasons with Portland Timbers from 2018-2020. The Salvadoran started in 23 of 45 appearances throughout the three campaigns. In addition, Flores scored two goals and contributed three assists.

“Andrés is a very important addition to our roster. He is coming to bring experience and quality to our team after his stint with Portland Timbers and El Salvador Men’s National Team,” said Wilmer Cabrera, RGV FC Head Coach and Sporting Director. “We are happy to have him in our club.”

Prior to Portland, Flores spent four seasons playing for the New York Cosmos between 2014 and 2017. There he made 83 appearances including 61 starts where he notched 10 goals and 18 assists. Flores was key to the two league titles the Cosmos claimed in 2015 and 2016, adding the 2015 Spring Championship and the 2016 Fall Championship.

Fjeldberg joins the Toros on loan from FC Cincinnati after being selected in the 2021 MLS SuperDraft as the 54th overall selection.

“Jonas is a young talented player coming on loan from FC Cincinnati who is ready and hungry to make an impact in our team,” said Cabrera.

Prior to being selected in the SuperDraft by FCC, the midfielder played for the University of Dayton for four seasons. With Dayton, Fjeldberg made a total of 55 starts in 61 appearances and recorded 22 goals and 21 assists. As a sophomore, junior and senior, the Norwegian led Dayton in goals and was named Atlantic 10 Offensive Player of the Year and to the Atlantic 10 All-Conference First Team in his junior and senior campaigns.