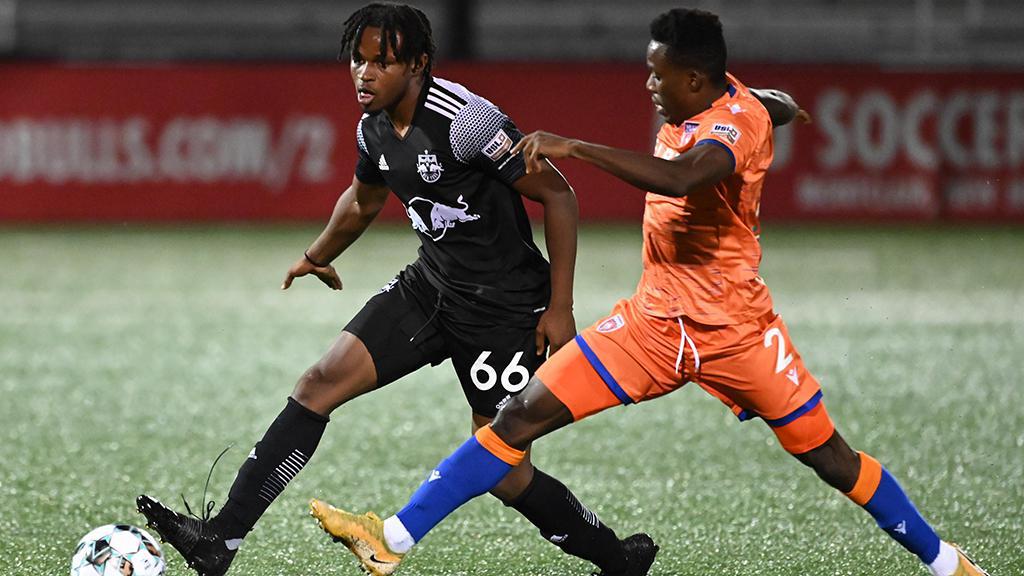 MIAMI – Miami FC will play host to the New York Red Bulls II on Sunday night at FIU Stadium as it tries to build on a five-game undefeated streak and maintain its drive for a first-place finish in the USL Championship’s Atlantic Division against a Red Bulls II side looking for its first win since the start of July. Kickoff is scheduled for 6:30 p.m. ET.

@TheMiamiFC (10-6-4, 34pts) earned a 2-0 victory against Hartford Athletic last Sunday night as halftime substitute Billy Forbes scored both goals to keep Miami within touch of both the Tampa Bay Rowdies and Pittsburgh Riverhounds SC at the top of the standings. Forbes now leads Miami with five goals this season while teammate Pierre Da Silva sits on four assists. The game against Hartford saw Haitian international Brian Sylvestre make his first start of the season and record a shutout with regular starter Connor Sparrow suspended due to a red card against Austin Bold FC on August 14, which leaves a key decision to be made on who will start against the Red Bulls II. Miami could see a new arrival make his debut on Sunday with El Salvador international Josh Perez officially unveiled on Thursday, the same day as he was announced as being in La Selecta’s squad for FIFA 2022 World Cup Qualifying next week.

@NYRBII (3-11-4, 13pts) has suffered five consecutive defeats after falling 3-2 against the Charleston Battery in its most recent outing on August 20 at MSU Soccer Park. Mathias Jorgensen scored early on for the hosts to level after the Battery had scored in just the second minute, but Charleston quickly regained the lead and Serge Ngoma’s goal in second-half stoppage time proved just a consolation for the hosts. New York is now 14 points out of the playoff positions in the Atlantic Division with 14 games remaining in its season, but the side has seen bright moments in its attack throughout the season with Omar Sowe sitting on six goals and both Jeremy Rafanello and Jake LaCava having recorded four goals apiece. New York earned a 1-1 draw when it last faced Miami at MSU Soccer Park on July 2 as LaCava found the net and goalkeeper AJ Marcucci recorded seven saves to preserve a point for the side.