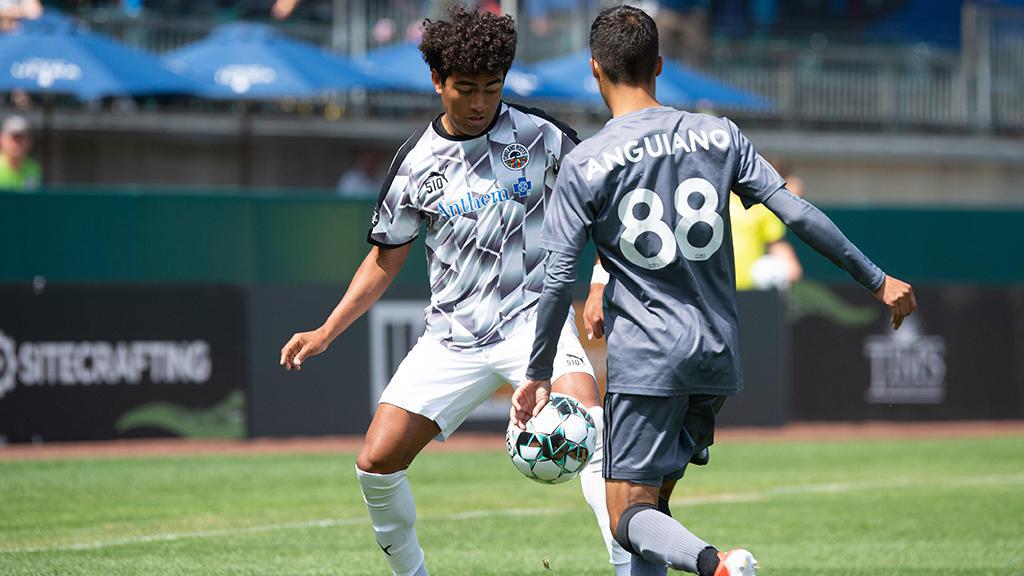 Oakland Roots SC is on a five-game undefeated streak as it welcomes the last team to defeat it, Tacoma Defiance, to Laney Stadium on Saturday evening. | Photo courtesy Charis Wilson / Tacoma Defiance

OAKLAND, Calif. – Oakland Roots SC and Tacoma Defiance square off on Saturday evening at Laney Stadium with both teams entering on solid undefeated streaks after Oakland claimed a big midweek win in its most recent outing. Kickoff is scheduled for 8:30 p.m. ET.

@OaklandRootsSC (4-8-5, 17pts) earned a 3-1 victory against Pacific Division leader Phoenix Rising FC on Wednesday night at Las Positas College as goals shortly before and after halftime paved the way to victory. Wal Fall opened the scoring for the hosts with his third goal in the past five games before Jose Hernandez added a second early in the second half and Ariel Mbumba notched a third just past the hour-mark. The win moved Oakland’s undefeated streak to five games and sent the side up to seventh place in the Pacific Division, 10 points behind both Tacoma and San Diego Loyal SC, who sit in the third and fourth playoff positions in the Pacific, giving Roots SC a chance to gain more ground as it moves into the second half of its regular season.

@TacDefiance (7-4-6, 27pts) is on a seven-game undefeated run of its own, however, after taking a 3-0 victory against Orange County SC in its last outing on August 18 at Championship Soccer Stadium. The result gave the Defiance a three-game winning streak to move firmly into the playoff places, a run that included the last time Oakland suffered defeat when Tacoma took a 3-1 win on August 8. The Defiance will be hoping for a similar performance as that at Cheney Stadium where the side scored three first-half goals – including two in stoppage time – that proved too big of a hole for Roots SC to dig out from. Samuel Adineran scored twice in that contest and now has four goals this season after also finding the net against Orange County.