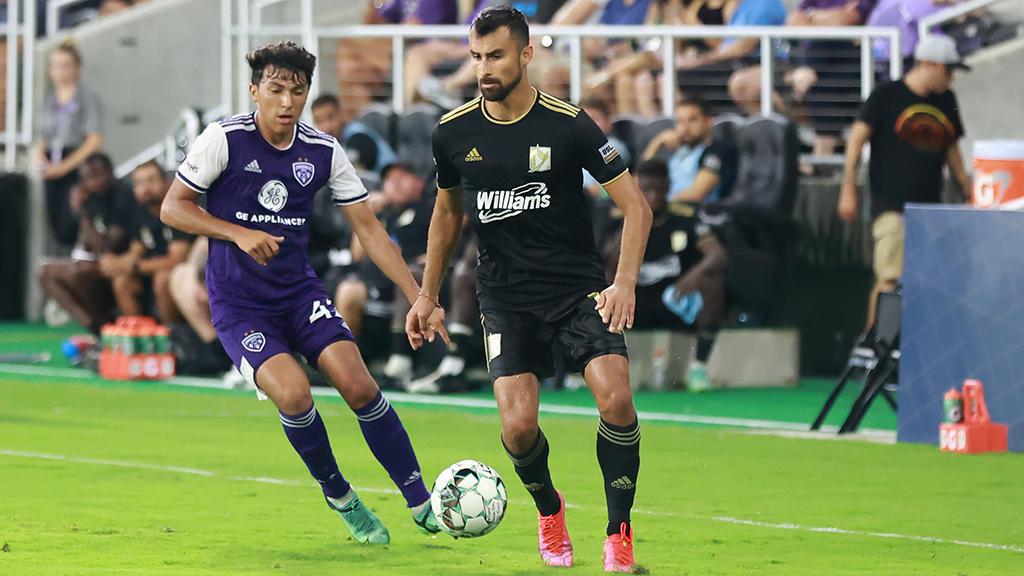 The players – all of whom competed for the country at the 2021 Concacaf Gold Cup – will join their teammates as they open qualifying on Thursday, September 2 at home to the United States before another home contest against Honduras on Sunday, September 5. La Selecta will then travel to face Canada on Wednesday, September 8.

Rivas recorded three goals for El Salvador at the Gold Cup to finished tied for second in scoring at the tournament. The 29-year-old striker has also recorded five goals and one assist in 13 appearances in the Championship this season, helping Tulsa sit third in the Central Division and on course for its second consecutive trip to the USL Championship Playoffs.

Moreno earned his first call-up to La Selecta shortly before the Gold Cup and has made four appearances for the side since his debut in an exhibition against Qatar on July 4. Moreno has been one of New Mexico’s key players over the past two seasons, recording nine goals and four assists in 27 regular-season games, while having previously played for the New York Red Bulls II in the league.

Martinez has had a breakthrough year at both the professional and international level, with the California native earning his first professional contract with Hartford and earning his first selection for El Salvador shortly after in May this year. The 23-year-old scored his first goal in a World Cup Qualifying contest against Antigua and Barbuda on June 8 and found the net once at the Gold Cup in July. Martinez has recorded one assist and seven key passes for the Athletic this season in 11 appearances.

Perez was announced on Thursday as the newest member of Miami FC and brings with him the experience of 10 prior international appearances as well as competing in both Major League Soccer and overseas. Previously a member of the U.S. U-23 Men’s National Team, Perez made his debut alongside fellow California native Martinez on June 5 and has been a regular in the lineup throughout the past summer. The 23-year-old has also made two prior appearances in the Championship, on loan with Phoenix Rising FC from Los Angeles FC of Major League Soccer.