Republic FC shows quality in visit to Phoenix; Switchbacks might be best show in American soccer 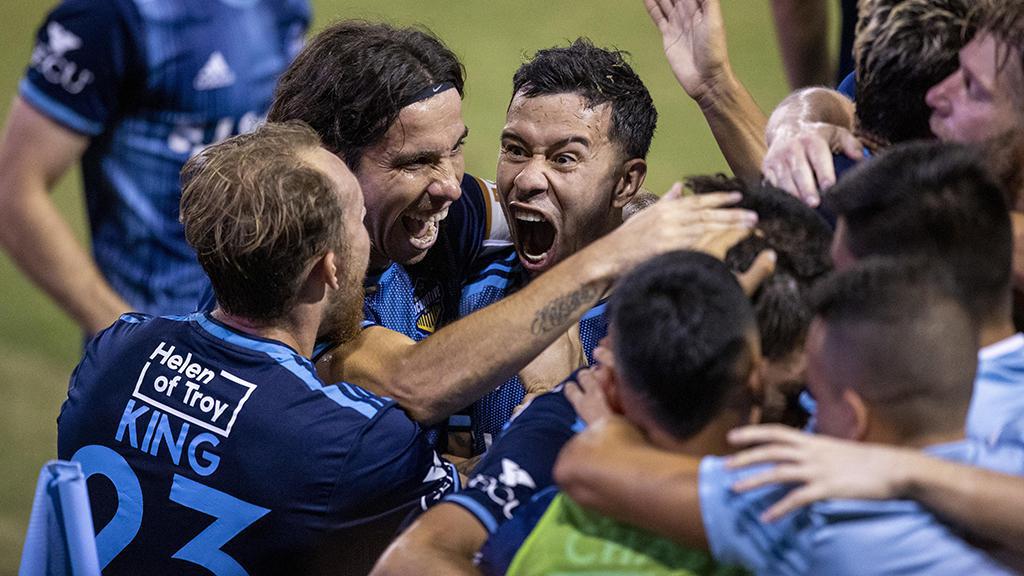 Saturday night’s action in the USL Championship’s Western Conference gave us plenty to think about, with road teams finding success and Oakland continuing its upswing. Of course, there was one thing that remained the same in El Paso, to lead off our five talking points after Week 18’s conclusion.

EL PASO GRINDS DOWN ANOTHER FOE

There’s starting to be an inevitability about El Paso Locomotive FC’s performances. No matter the situation, the current USL Championship points leader will find a way to grind you down and produce a result, seemingly breaking through at the moment that will prove just the right amount of heartache for the opposing players on the field and fans in the stands or watching at home.

Sebastian Velasquez provided the coup de grace for the side this Saturday night with an 89th-minute winner in Locomotive FC’s 3-1 victory against Rio Grande Valley FC in a game that the Toros had grabbed by the scruff of the neck early only to succumb to the pressure El Paso built in the second half. Locomotive FC has now rallied to earn 11 of its 41 points this season, while 20 of its 30 goals have come in the second half, if you want an idea of how difficult this side can be to beat besides the ‘1’ in the loss column it currently sports.

“We want to win everything. Every game. Every trophy that’s available, even the Copa Tejas,” said Locomotive FC Head Coach Mark Lowry after the game. “It’s one that’s really important to the fans more than anything, it’s a pride thing for them. So, it would be great to bring that back home to them, but the job’s not done yet. We’re a team now where whatever we do, we want to win. We wanted the Open Cup this season because we thought we were going to win it. Whatever is on the table where it’s a competition, a tournament, a trophy, we want to go and win it.”

Going into this weekend, we wanted to see what version of Sacramento Republic FC would be on offer against Pacific Division leader Phoenix Rising FC. As it turns out, we got maybe the best version the side has, even if it was frustratingly held off the scoreboard by a remarkable performance by Rising FC’s Andre Rawls. The 0-0 draw at Wild Horse Pass, though, represented another important step forward for Sacramento as a side as it looks to move back into playoff contention as the visitors had the better of the game consistently against its vaunted opposition.

Where this goes next is going to be key. Republic FC still has a five-point gap to make up on the teams in the playoff positions after this weekend, and the moral victories of the performance against Phoenix don’t add up in the way three points do. With this Saturday bringing a visit from San Diego Loyal SC, though, there’s a major opportunity to narrow that gap for Republic FC to grasp. 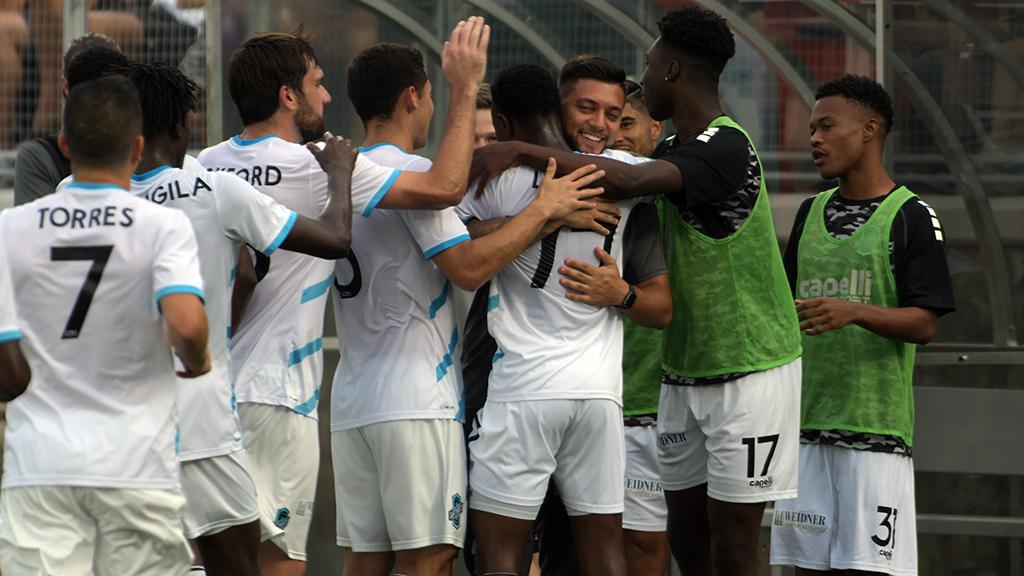 Colorado Springs Switchbacks FC took the league-lead in goals this weekend as it played to a thrilling 3-3 draw on the road with the Charlotte Independence as Hadji Barry, Michee Ngalina and Andre Lewis all found the net. | Photo courtesy Charlotte Indepe

If you want entertainment, there’s probably no better value in American soccer right now that Colorado Springs Switchbacks FC, which on Saturday night showed that while they might go down, they’re never truly out of any contest thanks to the firepower they possess. Michee Ngalina’s 84th-minute equalizer against the Charlotte Independence capped a 3-3 draw at American Legion Memorial Stadium and the 15th point the Switchbacks have earned this season after trailing, the most in the Championship.

Colorado Springs now leads the Championship with 41 goals with Hadji Barry continuing his outstanding season with a 19th goal in the side’s 19th game. He’s now only seven goals away from surpassing Cameron Lancaster’s single-season record of 25 goals in the 2018 regular season. So, while the side might still have some defensive fixes to make – the Switchbacks have also conceded 34 times, meaning their games overall this season have averaged 3.94 goals – the quality Head Coach Brendan Burke’s side brings in the attacking half every game is hard to take your eyes off.

OAKLAND CONTINUES TO FIND ITS FOOTING

After picking up only six points in its first 12 games in the USL Championship, Oakland Roots SC has more than doubled that total in the past four outings as Saturday night’s 3-1 victory against Las Vegas Lights FC extended the club’s undefeated run and pulled Roots SC within sight of the rest of the division at Cashman Field. There are some other elements at work – the return of Wal Fall and others from injury, for example – but there now seems to be a greater belief in the side

“The momentum is building,” said Roots SC Head Coach Jordan Ferrell. “Last game we had a tough start, but we managed to fight back into it and get a point. Tonight was difficult with the heat and the travel, all those factors. In the first half we were the better team. I don't think they created much, but it was unfortunate to go down three minutes into the second half. But the character of the group starts to show through, and we could have hung four or five on them.”

Roots SC returns home to take on Phoenix for the second time in recent weeks on Wednesday night. After being narrowly edged out 1-0 when the teams last met, Oakland will be looking to make another statement on where it’s currently going.

ORANGE COUNTY GETS BOUNCE IT NEEDED

There’s a theory in sports that a change in coaches can produce an immediate bump in form. Sometimes that adage holds true – see for example OKC Energy FC, which is 5-3-4 under interim Head Coach Leigh Veidman – and sometimes it doesn’t – see Indy Eleven, which is 3-5-4 under interim Head Coach Max Rogers. For Orange County SC, though, the Richard Chaplow era got out to the start the club needed with a 2-1 win against San Diego Loyal SC on Saturday night that vaulted the team back into second place in the Pacific Division, even with there seeming plenty more work to be done.

The game certainly looked like it was San Diego’s for the taking when Tumi Moshobane put the hosts ahead in the second half, but in a strange twist from the first meeting between the teams at Torero Stadium this time it was Orange County that rallied as Ronaldo Damus’ 10th goal of the season and an own goal by Sergio Chavez gave the visitors enough to take three points home. Getting the breaks to go your way is certainly a good sign, even if there are still going to be better overall performances needed to sustain success in the coming weeks.