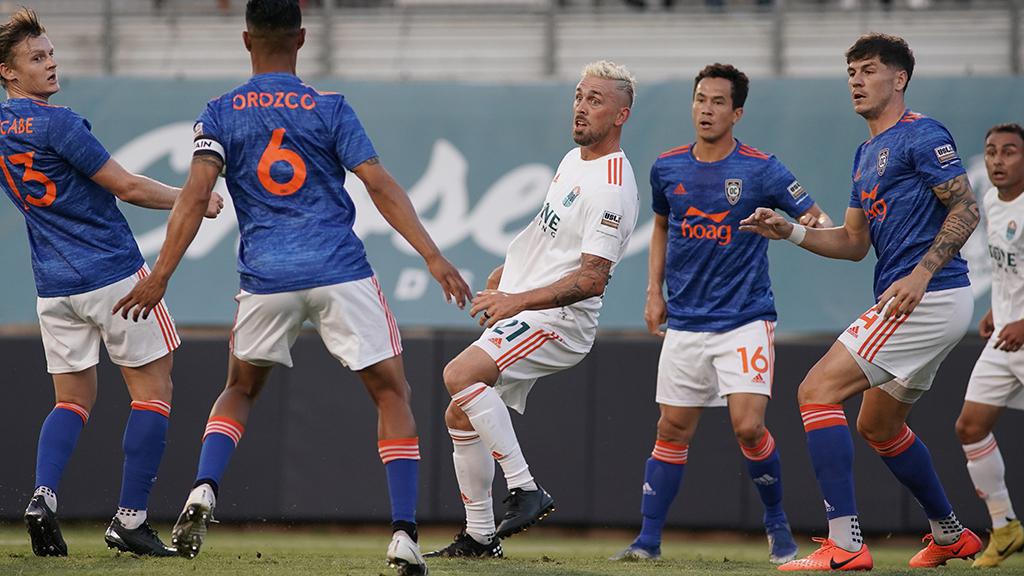 SAN DIEGO – San Diego Loyal SC plays host to Orange County SC on Saturday night at Torero Stadium with the sides separated by just a point in the top four of the USL Championship’s Pacific Division but in very different places after their midweek results. Kickoff is scheduled for 10:30 p.m. ET.

@SanDiegoLoyal (8-8-3, 27pts) romped to its biggest win in club history on Wednesday night as it scored four goals in the final 20 minutes to defeat Las Vegas Lights FC 5-1 at Torero Stadium. Miguel Ibarra had a goal and two assists for the hosts, while Tumi Moshobane scored twice after coming on as a second half substitute in the win, but the cherry on top was applied by CJ Fodrey, who became the first USL Academy signing in SD Loyal’s short history to find the net in a USL Championship contest with his late finish. Fodrey was joined in making history by defender Ian Mai, who became SD Loyal’s first USL Academy signing to earn a start for the club at right back. Now the side will be looking to build on its win, and on Friday bolstered its attack with the arrival of Augustine Williams on loan from the LA Galaxy, giving Head Coach Landon Donovan another attacking weapon to utilize in the second half of the season.

@OrangeCountySC (7-7-5, 26pts) on the other hand suffered a 3-0 defeat at home to Tacoma Defiance on Wednesday night that dropped the side to fourth place in the division standings and proved the last in charge for Head Coach Braeden Cloutier, who was dismissed on Thursday morning. Assistant coach and former club captain Richard Chaplow will take the reins on the sideline for Saturday’s game as he looks to lead the side out of a run of only one win in its last eight games. Orange County fell 2-1 in its last visit to Torero Stadium on July 14 despite having taken a lead through Eero Markkanen and holding a man-advantage with 20 minutes to go in the game. OCSC will be hoping for a sharper performance this time around and it looks to get back on course toward a postseason berth.