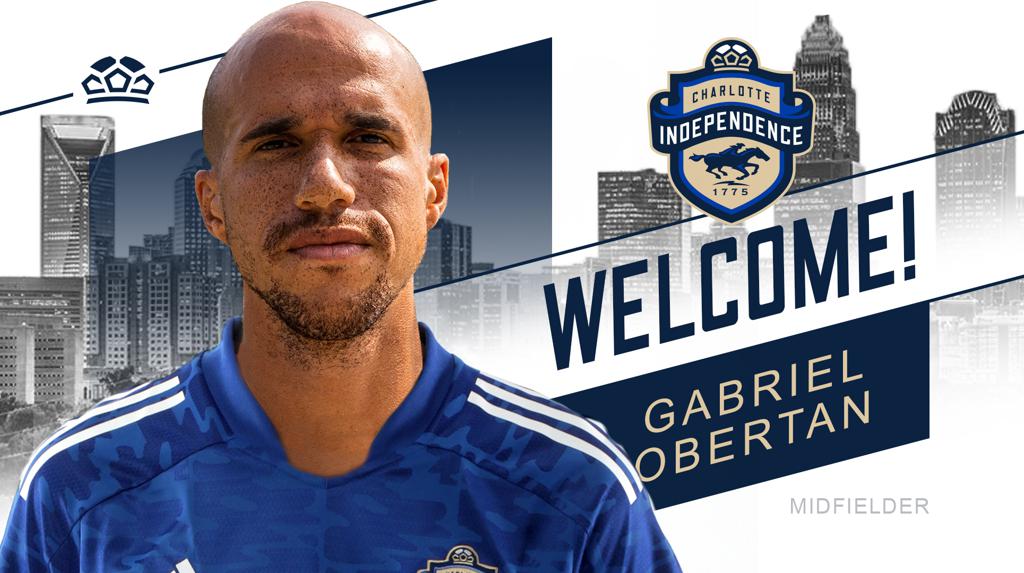 CHARLOTTE, N.C. – The Charlotte Independence announced on Thursday the club had signed veteran midfielder Gabriel Obertan. The Frenchman represented his country at the under-16, under-17, under-18, under-19 and under-21 levels before going on to compete in the Premier League for Manchester United and Newcastle United.

“Gabriel is another huge signing for our club,” said Independence Head Coach Mike Jeffries. “Not only does he bring a wealth of experience from top clubs throughout the world, he is a proven difference-maker in the game at high levels. He raises the bar for our group each day with his ability to see and make plays as well as his competitiveness. I am excited to integrate him with the team and get him on the field; our fans will appreciate the addition of another top, dynamic attacking player.”

Obertan began his professional career during the 2006-07 season after signing a three-year contract with French club, Bordeaux, where he made his first professional start at the age of 17. In 2008, Bordeaux loaned Obertan to fellow Ligue 1 side, FC Lorient, where he made 17 appearances and scored two goals.

In 2009, Manchester United acquired Obertan from Bordeaux ahead of the new Premier League season, and over the next two seasons he made 27 appearances for the club, recording one goal and four assists. In 2011 he made the move to Newcastle United, where he joined new Independence teammate and fellow countryman Sylvain Marveaux in the squad. Obertan made 77 appearances for the Magpies, recording four goals and 10 assists across all competitions.

Following his release from Newcastle United, Obertan signed with four different clubs including: Anzhi Makhachkala (2016), Wigan Athletic (2017), Levski Sofia (2017-18) and Erzurumspor (2019). Over the course of his professional career the French midfielder has made 303 appearances and scored 21 goals.