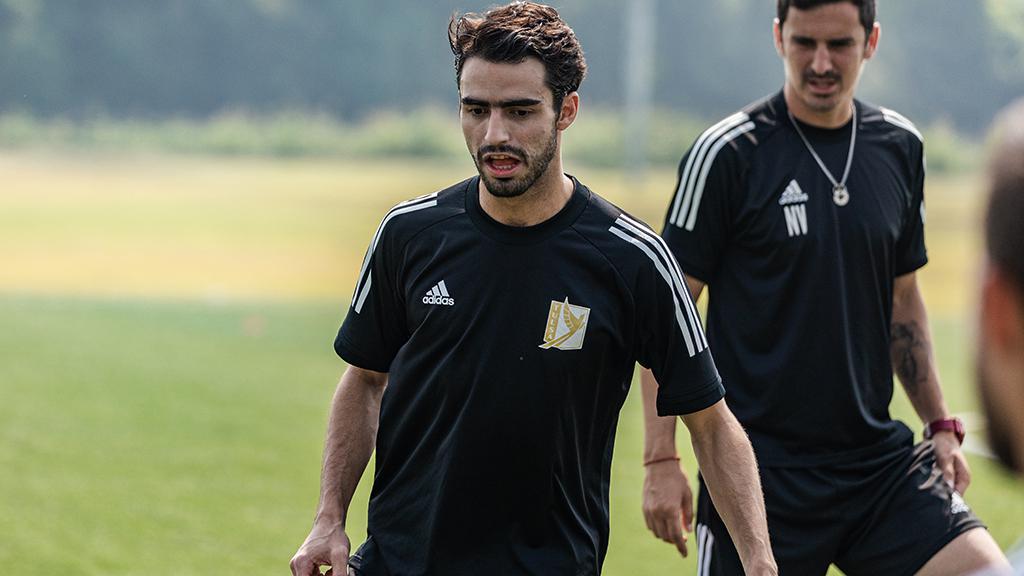 New FC Tulsa signing Victor Milke has made more than 80 professional appearances in his native Mexico in both Liga MX and Liga Expansión MX during his career. | Photo courtesy FC Tulsa

TULSA, Okla. – FC Tulsa announced on Wednesday it had signed former Liga MX defender Victory Milke for the remainder of the 2021 USL Championship season. The 26-year-old has spent the past seven seasons in his home country’s professional ranks, predominantly at Querétaro FC in Liga MX.

“Victor strengthens the backline and is also capable of playing defensive midfield,” said FC Tulsa Head Coach Michael Nsien. “His experience in Mexico and his qualities on the field will serve us well as we come into the second half of the season. We look forward to him adapting to our environment and giving his best for our club and its supporters.”

Milke developed in the Querétaro FC youth system and made his debut for the senior team in the Copa MX Apertura on August 21, 2014. From 2014-2017, Milke made 17 appearances for Querétaro FC in Liga MX, Copa MX and the Concacaf Champions League. He scored his first Liga MX goal in a 2-1 loss to Chivas de Guadalajara and scored again in the Champions League in a 2-0 win against San Francisco FC from Panama.

During the 16-17 season, Milke was loaned to Cimarrones de Sonora where he made 11 appearances but returned to Querétaro FC to start the 17-18 season. Over the next three seasons, Milke made 16 more appearances in Liga MX and Copa MX.

“I am very proud and happy to sign with FC Tulsa,” said Milke. “It is good to come to a club that is going in the right direction. I’m sure that with hard work and commitment, we are going to accomplish big things for the people of Tulsa.”

Last season, Milke signed with Club Atlético Morelia in Liga Expansión MX where he had a career season in Mexico’s second tier. Milke scored five goals in 37 appearances in all competitions last year, serving as Morelia’s captain in two matches. He led Morelia to a first-place finish in the Clausura standings.