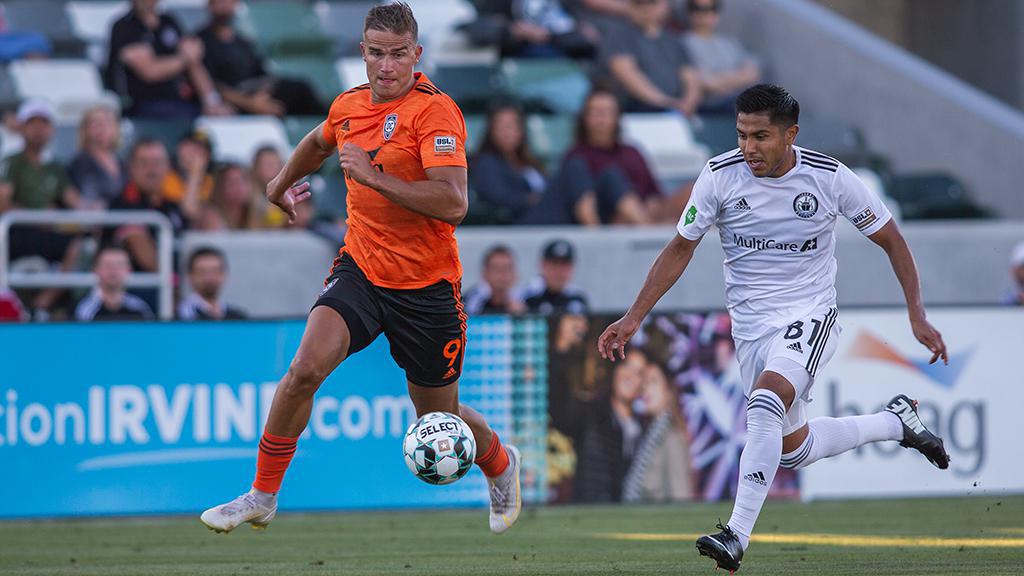 Orange County SC and Tacoma Defiance are separated by two points as they meet for the third time this season with the Defiance on a seven-game undefeated streak. | Photo courtesy Liza Rosales / Orange County SC

IRVINE, Calif. – Two of the top three teams in the USL Championship’s Pacific Division meet on Wednesday night as Orange County SC plays host to Tacoma Defiance at Championship Soccer Stadium with just two points separating the clubs as they meet for the third time this season. Kickoff is scheduled for 10 p.m. ET.

@OrangeCountySC (7-6-5, 26pts) earned a point in a 1-1 draw with Pacific Division leader Phoenix Rising FC in its last outing on Saturday night but missed out on what would have been a massive road win at Wild Horse Pass after conceding in the sixth minute of stoppage time to put a damper on a solid display. Goalkeeper Patrick Rakovsky recorded six saves for the side after Mikko Kunigas had given Orange County the lead midway through the first half. With only one win in its last seven games overall, though, there have been changes in OCSC’s squad in recent weeks, including on Tuesday the transfer of midfielder Chris Wehan to New Mexico United. OCSC also added another new piece on Monday, acquiring attacking midfielder Ben Mines on loan from FC Cincinnati, and he could look to make his debut against Tacoma alongside fellow recent newcomers in forward Sean Okoli and midfielder Dillon Powers.

@TacDefiance (6-4-6, 24pts) would overtake Orange County for second place if it can pull off another road victory after rallying to defeat San Diego Loyal SC 2-1 on Saturday night at Torero Stadium. Goals by Juan Alvarez – his second in as many games – and Carlos Anguiano gave the Defiance their first road win of the season and moved the die ahead of SD Loyal, against which it has now claimed three victories this season. Tacoma is now on a seven-game undefeated streak overall, which included a 0-0 draw with Orange County on July 6 at Championship Soccer Stadium that saw OCSC hold a 13-6 edge in shots but only register two shots on goal. The Defiance have conceded only five goals in the past seven games and will look to build on that solid defensive record while looking to solidify its place in the top four playoff positions.