Rivals have gone in different directions since 2020 postseason, with United letting chances slip through fingers 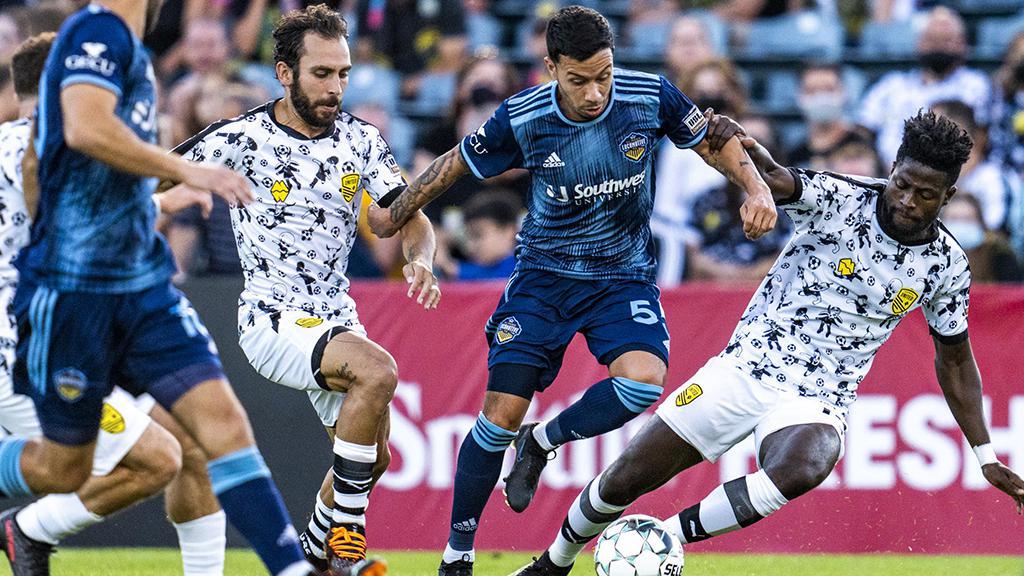 At the end of the 2019 season, there was a buzz about two of the league’s new expansion clubs. Both New Mexico United and El Paso Locomotive FC had reached the postseason, and the success each side had achieved – Locomotive FC finishing with the most points of any of that season’s seven expansion sides, New Mexico advancing to the Quarterfinals of the Lamar Hunt U.S. Open Cup – set the stage for what was to come.

At the same time, a serious rivalry was starting to build between the clubs separated by just over 250 miles in the Southwest, something tangible that grew over the condensed 2020 season until El Paso held the upper hand in a penalty shootout in the Western Conference Semifinals of last year’s playoffs.

Now, though? Those paths toward the top of the Western Conference have diverged, with United at danger of missing the playoffs while Locomotive FC sits with the most points in the conference after Week 17.

The cause? Well, there’s a few to go around, but Saturday night’s late equalizer by Matt Bahner for Locomotive FC that took the air out of most of Isotopes Park and left the travelling 8th Notch support celebrating was just another indicator of where these teams are right now when the chips are down. 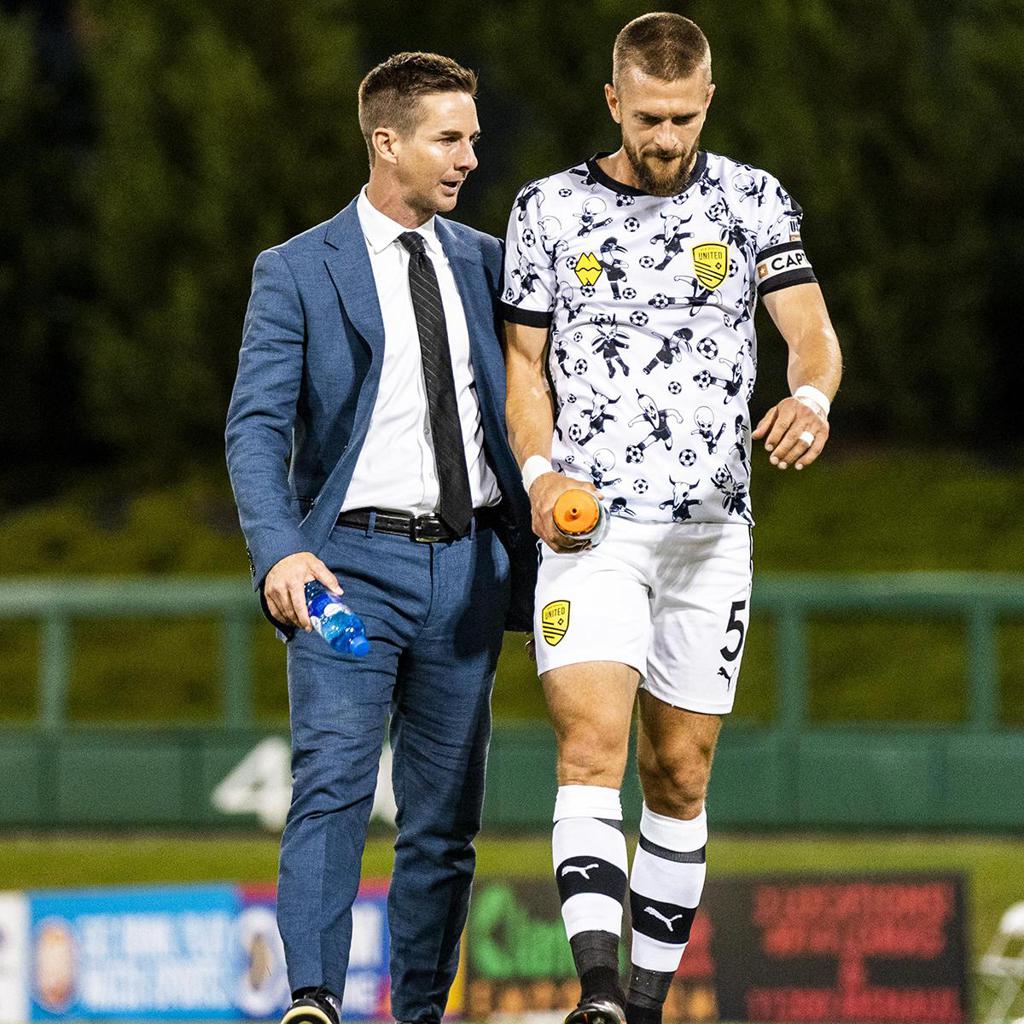 “We didn't seal them out,” said United defender Justin Schmitt. “They scored. Regardless of who is in the lineup, the messaging and the job is always the same. You want to say it's a complete performance, but you can't. Even if it's just five seconds and a goal, it's not a complete performance.”

“Frustrating, but at the same time, we feel more motivated than ever,” added Josh Suggs after seeing El Paso for the second time this season grab a victory away from United in the dying moments. “Because that is the top team in our division... We just need to put that final piece together. And one of the things we said in the locker room is ‘Give them credit, because they find a way.’ But we are more motivated than we have ever been this season.”

Locomotive FC has lost only once this season, and when it has mattered most, the team has found ways to earn valuable points to stay just ahead of Phoenix Rising FC – another side that showed its mettle on Saturday night against Orange County SC – for the most points in the West. If things continue as they are, homefield advantage through at least the Western Conference Final will be within reach for Locomotive FC at the end of this season. After all, the side is now an 83 percent favorite to win the Mountain Division according to fivethirtyeight.com, and third-favorite to win it all behind Rising FC and Louisville City FC.

By contrast, New Mexico currently finds a way to give it away.

It goes beyond the two late concessions to El Paso, and it should have alarm bells going off in the locker room. This season, United has dropped 13 points from winning positions, third most in the Championship behind both Las Vegas Lights FC and the LA Galaxy II on 14. What’s worse is at least those two sides have had comebacks of their own to celebrate. New Mexico, on the other hand, has just its 3-1 victory on May 21 at Colorado Springs Switchbacks FC in that column. The club’s -10 differential between points gained and points dropped is the lowest in the league. Compare that to El Paso’s +6 differential and it shows how different these sides are right now.

“You look at our last six matches and we have two wins, three draws and a loss,” said Head Coach Troy Lesesne, his glass half-full. “That's decent form. We're going to need to increase that, and the draws are going to have to turn over into wins. But it's so close in our division. And I think that's the case because there is a lot of quality in our division. Ultimately, though, when we have moments like tonight, in order to get where we want to go, we have to close it out. There's no doubt about it.” 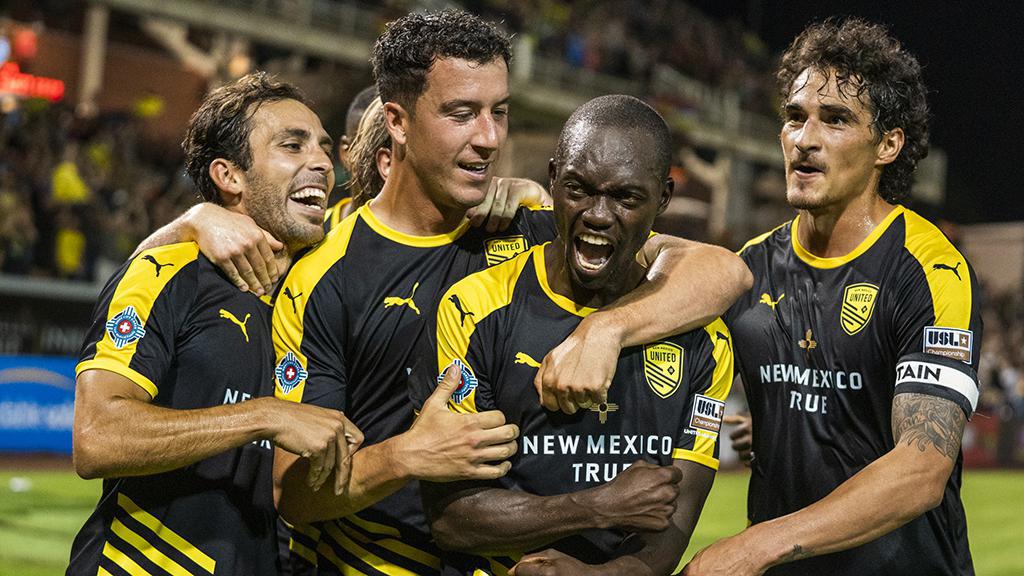 New Mexico United has given its fans some late thrills this season, but needs to find a way to close out games more efficiently if it's going to make a third consecutive playoff trip. | Photo courtesy Josh Lane / New Mexico United

Here's the thing, though; New Mexico used to be a team that found a way.

In its first season, while there were some big ups and downs, those ups added up to not only 12 points gained from losing positions, but the Open Cup run that put the club on the map. If it’s going to get where it wants to go this season, finding a way to rekindle that spirit is going to be a requirement, not an option.

It’s certainly not too late. The USL Championship Playoffs are still within reach. They’re only one point out of fourth place, currently held by San Antonio FC, ahead of Wednesday night’s home game with Oakland Roots SC at Isotopes Park. A win there is almost essential before next week’s trips to face postseason rival Austin Bold FC on Monday night and then Pacific Division leader Phoenix Rising FC next Saturday.

If that turnaround doesn’t come, though, the “what ifs?” from nights like Saturday could linger for a while.