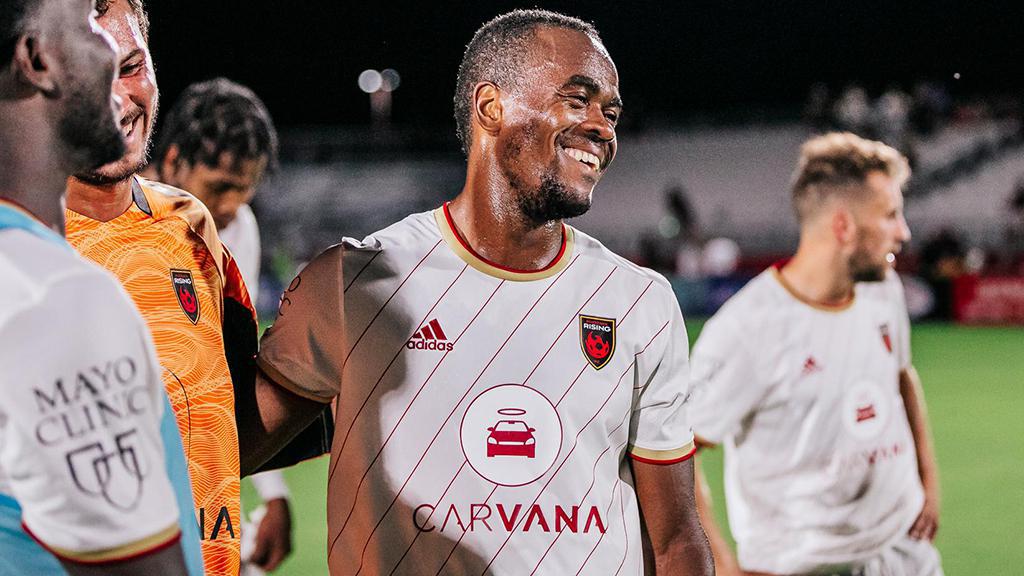 Back-to-back equalizers about an hour apart on Saturday night and the record-setting pace of the Championship’s leading scorer highlighted the weekend’s action in the Western Conference. Here are five takeaways we got from the action.

Will – And Prince Saydee – Pulls Phoenix Through Late

As time ticked away, with Orange County SC goalkeeper Patrick Rakovsky commanding his penalty area confidently and the defense bending but not breaking despite the consistent pressure of Phoenix Rising FC, it felt like the visitors to Wild Horse Pass were going to come away with a much-needed victory.

Instead, the dam burst, and Prince Saydee’s goal in the sixth minute of stoppage time – his first for the club since an offseason move from Miami FC – ensured Rising FC emerged with its undefeated home record this season. The 1-1 draw was as much about the relentlessness of the hosts as it was their quality.

“The guys felt like the goal was just going to come, but Orange County is really good,” said Rising FC Head Coach Rick Schantz. “They’re very organized. They have some big guys in the middle. They make it difficult. I told the guys at halftime, it’s not about tactics or personnel, it was just about how badly either team wanted to win the game. I was pleased with our second half because we really went after it.”

That’s often the way it can be for Phoenix. From the hour-mark on, Rising FC racked up a shot advantage of 12-2, and almost stole all three points after Saydee’s goal when he and Santi Moar were denied by Rakovsky, whose six-save performance remained excellent even after the late concession. For Phoenix, no cause is lost until the final whistle blows, something the side provided another reminder of on Saturday.

What can be said about Phoenix Rising FC can also apply to El Paso Locomotive FC, which got an even later equalizer, thanks to the unlikely source of Matt Bahner, to earn a 1-1 draw with New Mexico United on Saturday night at Isotopes Park. The draw allowed El Paso to remain a point ahead of Rising FC in the Western Conference’s overall standings. Coming eight minutes into stoppage time – and with the visitors down a man after Diego Luna’s red card with 13 minutes to go – Bahner’s first league goal in more than two years, and only the fifth of his career in the Championship, lifted El Paso as it hammered away late for a breakthrough.

“It feels good not to lose,” said Locomotive FC Head Coach Mark Lowry. “We didn’t win. I’m disappointed that we didn’t win. The first half was not great and in the second half, we were unbelievable. We deserved the point. We hit the post twice. We did everything we could, but we didn’t win so I’m not super ecstatic, but it feels like a win with the way it happened.”

If the ending had a familiar feeling, you only need look back four months to the first meeting between the teams this season on May 8. Back then, it was Leandro Carrijo that scored in the fifth minute of stoppage time at Southwest University Park to earn Locomotive FC a point in dramatic fashion. With four points dropped in stoppage time against their biggest rivals this season, New Mexico is now looking up in the standings in what’s going to be a hard-fought battle for the playoffs over the second half of the campaign. 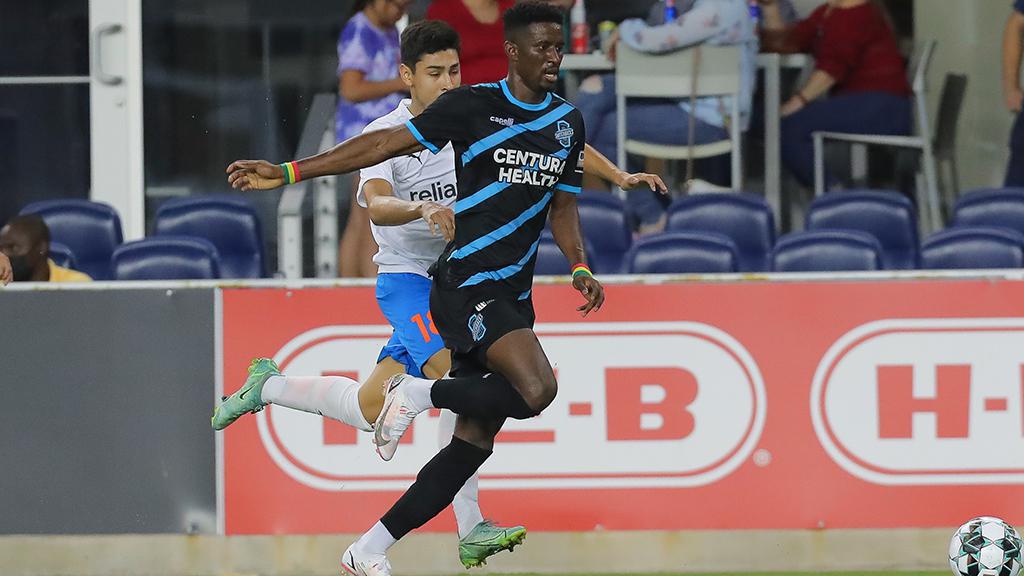 It’s not exactly true to say Colorado Springs Switchbacks FC’s Hadji Barry can’t miss right now, but you’d be hard-pressed not to think it given the extended run the Guinean forward is on right now. Another two goals on Saturday night in Colorado Springs Switchbacks FC’s 5-2 romp past Rio Grande Valley FC at H-E-B Park gave the Championship’s Golden Boot leader 18 goals in 18 games, an almost unprecedented run this deep into a season.

Last season, of course, there was Junior Flemmings’ run of 14 goals in 14 games to claim the Championship’s Golden Boot. Previously, in 2013 Dom Dwyer recorded 15 goals in 13 games on loan with Orlando City SC before returning to Sporting Kansas City mid-season. In 2016, Jack McBean had 15 goals in 17 games for the LA Galaxy II before going on loan in England for the second half of the season. For Barry, though, there’s nothing left to aim for except Cameron Lancaster’s record of 25 goals in a regular season, which he’s now eight goals away from breaking with 14 games left in the campaign. It would be a remarkable feat, and one that you would have to think is going to be within reach sooner rather than later given the clip at which Barry is turning chances into goals at this point.

Which Sacramento Will We See Moving Forward?

If you want a stark study in contrasts, you need only look at Sacramento Republic FC’s last two performances. Against Oakland Roots SC last Wednesday, the lack of creativity and energy in the final third was disheartening for a side that entered in dire need of a win against its biggest rival. Contrast that with Saturday’s display against Las Vegas Lights FC – in which the hosts rallied to win 2-1 as Cameron Iwasa scored for the first time since June 3 – where there was energy and consistent chance-creation with no time left to lose in pushing upfield, and you’d be hard-pressed to consider it the same side.

Going strictly by the underlying numbers, Saturday was Sacramento’s best attacking display of the season. It’s Expected Goals mark of 2.71xG was its highest in a single game this season, and if not for a solid display by Lights FC’s Alex Rando – who finished with seven saves for the game – Sacramento’s margin of victory could have been wider.

But coming directly after the side’s lowest single-game Expected Goals mark of the season of 0.19xG against Oakland, it still leaves a question as to what Republic FC side we’re going to see as the playoffs come into view? If Sacramento’s streak of reaching the playoffs in every season of the club’s history is to continue, it’s going to need to be the aggressive, assertive side we saw on Saturday.

With an hour gone on Saturday night at Torero Stadium, you would have been hard-pressed to recall a serious scoring chance that had been carved out by Tacoma Defiance on the road against San Diego Loyal SC. There had been half-chances here and there with Sam Adeniran having four shots blocked by SD Loyal’s defense, but the way back from a one-goal deficit seemed distant.

In the space of six minutes, however, that all changed. Goals by Juan Alvarez – the second in as many games for the 16-year-old – and Carlos Anguiano sent Tacoma on the way to a 2-1 victory that not only solidified its place in the top four of the Pacific Division but also pulled the Defiance level on points with San Diego, which is now floundering after four defeats in its last five games.

That’s not a result you would have expected the Defiance to gain last season, or arguably earlier this year; Saturday’s victory was the club’s first away win of the season in its eighth attempt. But going into Wednesday night’s game on the road at Orange County SC, there’s an impressive difference that’s currently running through this team in terms of confidence and ability to stick to the task at hand which could keep it above the playoff line and ahead of the chasing pack below.