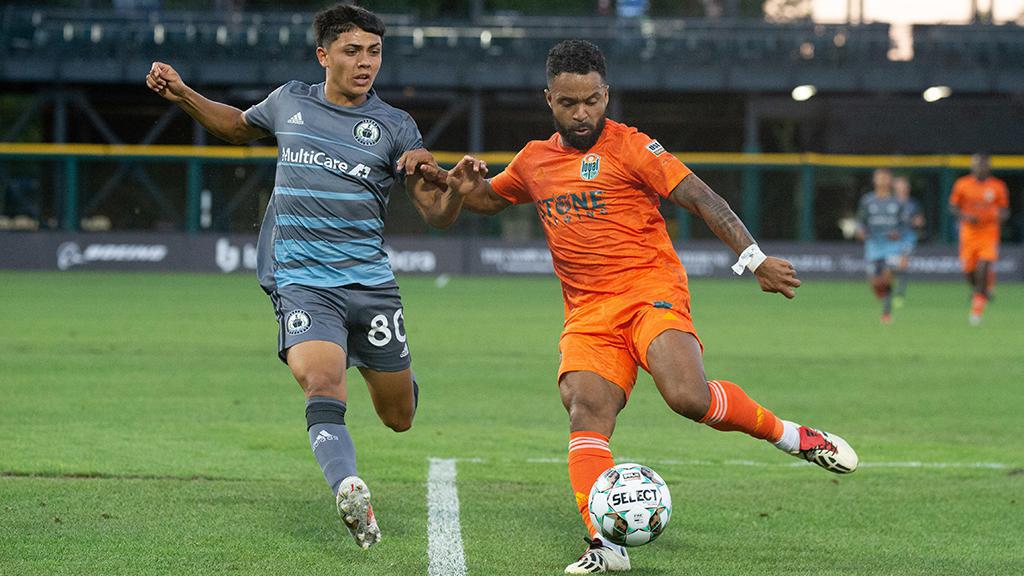 Tacoma Defiance has taken victory in its two prior meetings with San Diego Loyal SC this season, but on Saturday the venue shifts to Torero Stadium where SD Loyal has lost just twice all season. | Photo courtesy Charis Wilson / Tacoma Defiance

SAN DIEGO – San Diego Loyal SC will try to maintain its position in the top three of the USL Championship’s Pacific Division as it hosts a Tacoma Defiance side at Torero Stadium on Saturday night that has yet to win away from home this season but has defeated SD Loyal in their prior two meetings in the Pacific Northwest. Kickoff is scheduled for 10:30 p.m. ET.

@SanDiegoLoyal (7-7-3, 24pts) returns to action after suffering only its second home loss of the season last Saturday night in a 1-0 defeat to Real Monarchs SLC. San Diego registered only two shots on goal as the side fell for the third time in the past four games, a spell during which the side has scored only once. San Diego is in third place in the Pacific Division, one point back of Orange County SC as the weekend’s action kicks off but has scored only 21 times this season in 17 games as a main goalscorer has yet to truly emerge for the side. Tumi Moshobane and Jack Blake have each scored four times apiece to sit tied for the team-high, but the side currently sports just a 12.8 percent shot conversion rate with one-third of its goals having come from beyond the penalty area.

@TacDefiance (5-4-6, 21pts) arrives in San Diego on a more positive run of form, sitting undefeated in the past five games after taking a 3-1 victory against Oakland Roots SC last Sunday afternoon to complete a four-game homestand with eight points to shot for their efforts. Sam Adeniran scored twice for the Defiance to move to three goals this season in the victory, and the powerful forward has been a difficult player for opposing defenses to deal with this season as his size and speed has made him stand out consistently. The Defiance opened their homestand with a 2-1 win against San Diego on July 29 that saw Azriel Gonzalez record a goal and assist, but the young Academy graduate was this week sent on loan to FC Edmonton, meaning others like Alec Diaz or Ray Serrano will need to take his place. The last meeting was also marked by a pair of late red cards that saw Tacoma’s Eric Kinzner and San Diego’s Morgan Hackworth sent off after an altercation, and it will be interesting to see if any bad blood remains as the sides square off again only a little over two weeks on.