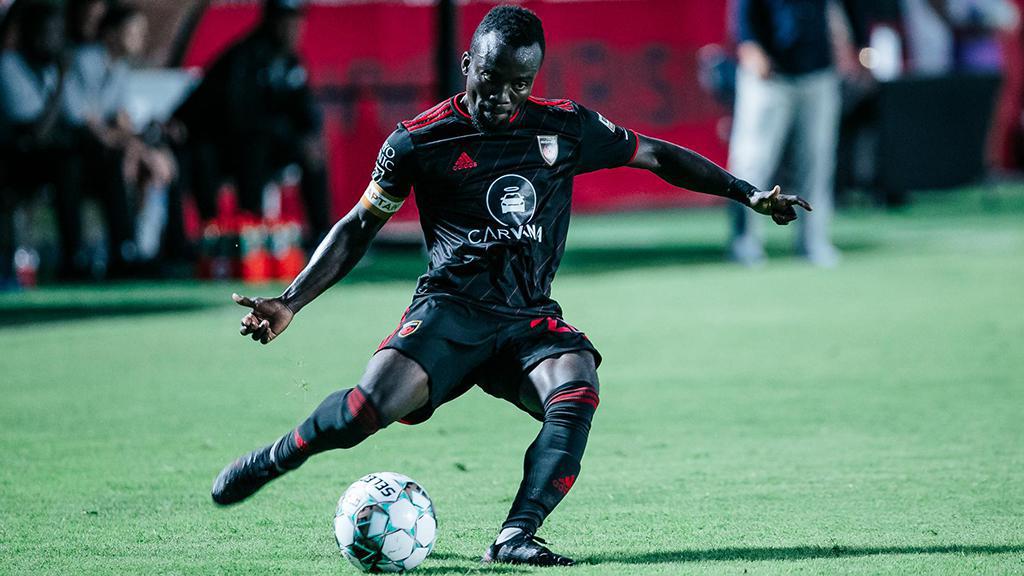 Phoenix Rising FC's Solomon Asante has been parked on 49 regular-season goals for the past four games, but would still break the record for fastest to 50 with a goal on Saturday night against Orange County SC. | Photo courtesy Ashley Orellana / Phoenix Ri

The USL Championship’s Western Conference has a busy Saturday night slate of games including some notable rivalries and key divisional matchups as the playoff race begins to heat up. Here are five storylines to follow as the night unfolds.

IS THIS THE MOMENT FOR SOLOMON ASANTE’S 50TH GOAL?

Since his outstanding one goal and three assists performance against the LA Galaxy II on July 17, there has been a sense of anticipation building for Phoenix Rising FC’s Solomon Asante as he looks to add another notable landmark to his glittering resume at the club. Asante’s goal was his 49th in the Championship’s regular season, and came in just his 90th game, leaving him the opportunity to become the fastest player to 50 regular-season goals in league history.

Since then, though, the well has gone dry with the two-time MVP having not recorded a goal or assist in his past four games. It’s not been for a lack of effort; Asante has recorded nine shots and five key passes in that span and posted a 1.52xG mark over the past four games, but things just haven’t clicked for him in the way they so often have in his three-and-a-half years at Rising FC.

There’s still plenty of games to go before the milestone falls out of reach, though, with the current mark sitting at 50 goals in 100 games by Chandler Hoffman. With Rising FC looking to add to its lead at the top of the Pacific Division as it hosts Orange County SC on Saturday night, it could add another special moment if the Ghanaian magician were to find a way to lead his side to another victory in his own inimitable way.

Since the club’s scintillating start to the season, things have become a little more up-and-down for Rio Grande Valley FC in recent weeks with the side having gone 2-2-2 since the start of July after its 2-1 defeat last Sunday night in the final South Texas Derby of the season against San Antonio FC. That’s not put a damper on the Toros’ playoff chances – they’re still in second place and looking on course for a first postseason trip since their inaugural season in 2016 – but it does add to the pressure going into Saturday night’s game at home to Colorado Springs Switchbacks FC.

The Switchbacks are aiming for a playoff return themselves this season as the club’s new downtown stadium and revamped squad under Head Coach Brendan Burke has echoes of the renovation that Head Coach Wilmer Cabrera has undertaken with the now-independent side at H-E-B Park. Colorado Springs is three points behind RGVFC in the Mountain Division standings ahead of the first of four meetings between the sides over the final two-and-a-half months of the season and would pull level with a win on the road.

With a tricky three-game road trip to follow – including visits next week to Austin Bold FC on Tuesday and El Paso Locomotive FC on Saturday – maintaining an edge over the teams below it in the standings would be ideal for the Toros as they look to stay on target for a top-two finish.

AFTER BREAK FROM ACTION, CAN NEW MEXICO UPEND EL PASO? 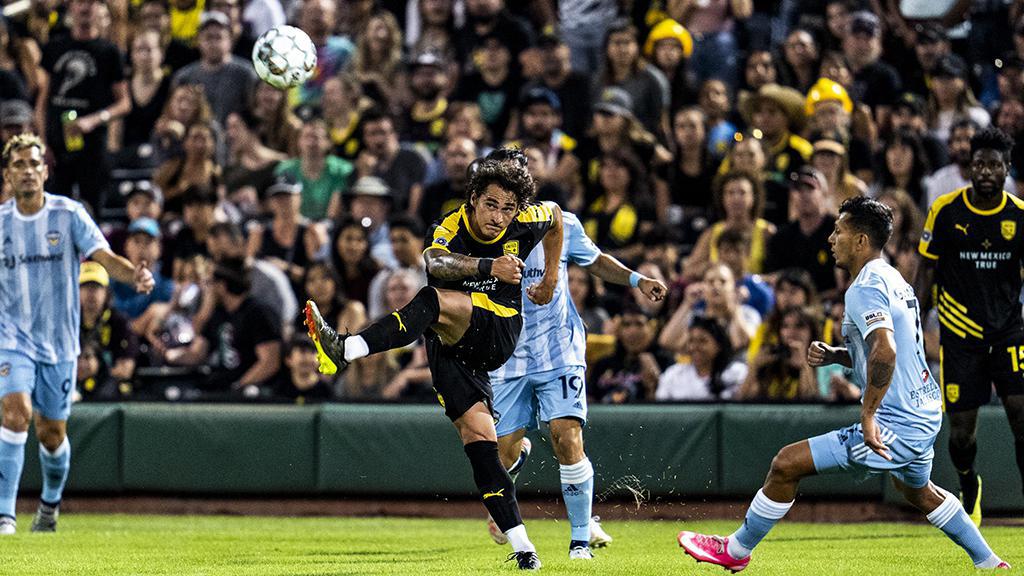 There could have been no more ideal time for New Mexico United to get a break in its schedule than the past two weeks. After going without a goal in three consecutive games – including back-to-back scoreless draws against El Paso Locomotive FC and Tacoma Defiance – United will have had a chance to refresh and reset as Locomotive FC visits Isotopes Park once again on Saturday night.

The challenge for United hasn’t necessarily been finishing over the past three games, but more chance creation. While it has played fewer games than any other side since July 15 due to its absence from the schedule, New Mexico has produced only 2.62xG across its past three games on 36 shots as the side has fallen back into its habit of shooting from beyond the penalty area instead of finding ways to penetrate and get in behind opposing back lines. Over the past three outings, New Mexico has recorded 21 of its 36 shots from outside the box, with the cluster of shots at the top of the Tacoma penalty area in its last outing an indicator of where teams could focus their defensive efforts.

There were bright moments in that game against the Defiance, most notably Amando Moreno getting into good positions in the second half that could have led to a decisive goal. Breaking down El Paso’s back line – which now leads the league with eight shutouts – is going to be no easy task, though.

Another team in need of an attacking spark is Sacramento Republic FC, which continued to languish in seventh place in the Pacific Division after a scoreless draw against Oakland Roots SC which for the third time this season saw the side fail to record a shot on target. There have only been 10 instances where that has occurred this season in the Championship, giving Republic FC a league-lead in a category it could certainly do without.

Maybe the most interesting aspect to this is that it’s not been Sacramento’s finishing that’s been at issue – the side sits in the middle of the pack when it comes to shot conversion rate at 15.79 percent – but more the fact that the side hasn’t created enough chances to put away over the season. Republic FC ranks 24th in Chances Created (127) and tied for 27th in Big Chances Created (17), both well below league average.

With Las Vegas Lights FC coming to visit for a playoff six-pointer on Saturday night, Republic FC is going to need to find something fresh in the final third to take what would be an important victory for their playoff chances.

One of the things that sticks out about Tacoma Defiance’s home record this season is the teams they’ve been able to take victories against in posting an undefeated 5-0-3 mark at Cheney Stadium so far this season. Two of those wins have come against San Diego Loyal SC, with Azriel Gonzalez and Carlos Anguiano providing the goals when the sides met last on July 29 in a 2-1 victory that kept Tacoma’s playoff aspirations moving forward nicely.

The big question for the Defiance now is whether they can replicate that success on the road, starting with Saturday’s visit to SD Loyal at Torero Stadium. For all Tacoma’s home success, it has yet to pick up victory away from Cheney Stadium this season taking only three points from seven games as it reaches the midway point of the campaign. A win against San Diego would not only buck that trend but move the Defiance level on points with their hosts at the end of the night, a clear goal for the visitors to aim at as they visit one of the more difficult places to play in the Championship.

“I’ve made no secret of the fact that we have not been good enough on the road, and this year, last year, previous years, we are still looking for answers just like everybody else who has sat in my seat has looked for answers,” said Tacoma Head Coach Wade Webber after their victory last Sunday against Oakland Roots SC. “The challenge is in front of us. San Diego is three points ahead and we play them on Saturday, we don’t want to go down there afraid, we want to try to go down there and win the game. But we also have to be humble, [because] we haven’t done anything.”